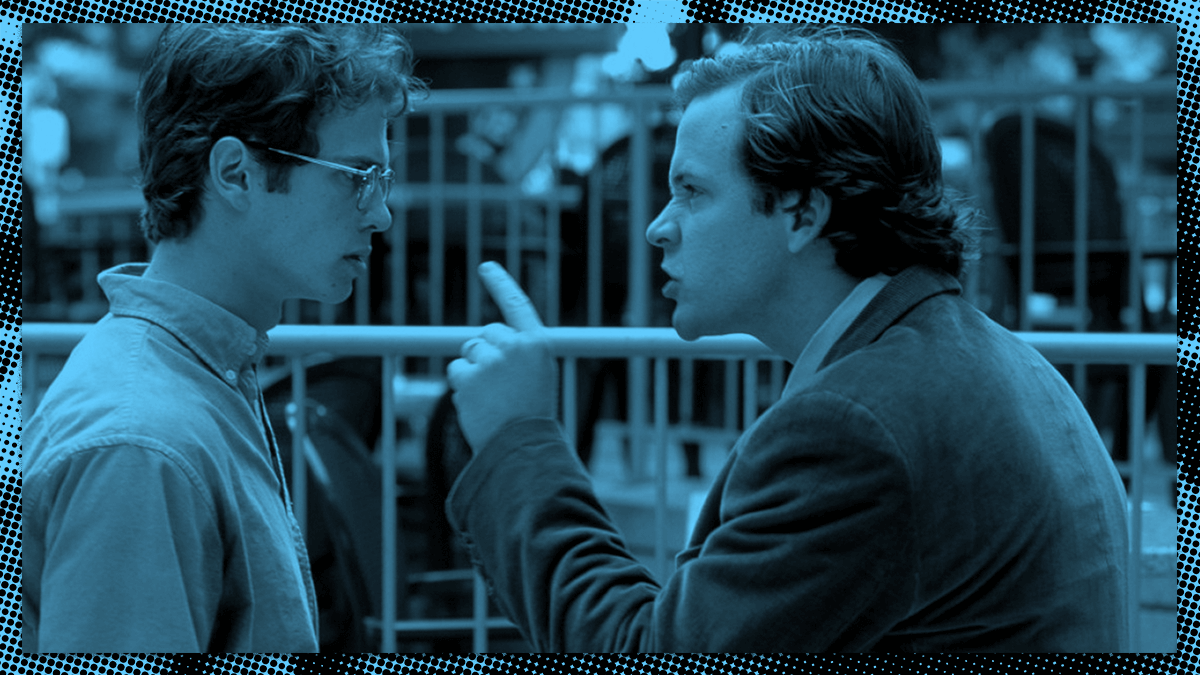 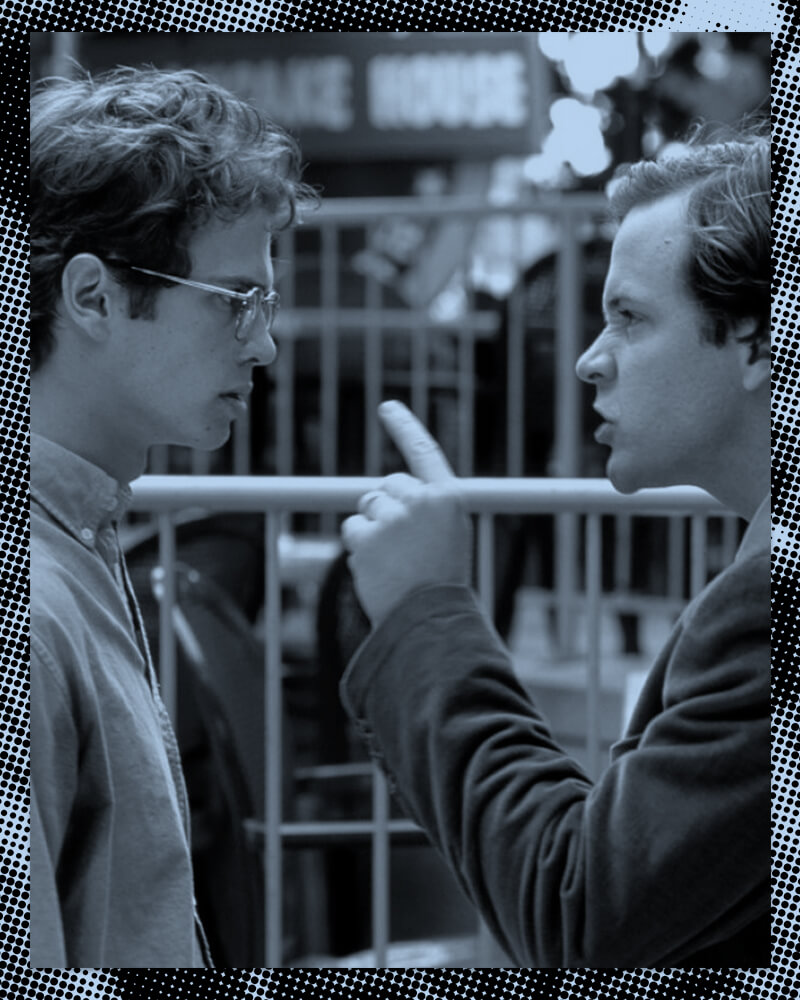 The rise and fall of Stephen Glass serves as a cautionary tale about the hesitancy of the media class to investigate their own.

ven at their most wonkish, movies about journalism tend to be idealistic crowd-pleasers. Look past their dutiful depiction of unglamorous legwork (chasing leads, combing the rolodex, paging through stacks of documents), and newspaper procedurals like All the President’s Men (1976), Spotlight (2015), and—by all appearances—this fall’s She Said (2022) are basically gushy tributes to the vital importance of a free press. These are films that valorize the most high-profile victories of the muckraking business, celebrating the way hard-nosed reporters help cleanse church, state, and showbiz by exposing the corruption within these institutions. They don’t so much rip from the headlines as write love letters to the editors (and investigators) behind them.

Adapted from a 1998 Vanity Fair article, Shattered Glass (2003) turns the Hollywood muckraker drama on its head. Here, the corruption is coming from inside the bullpen. The film dramatizes the late-’90s downfall of Stephen Glass, the young associate editor at The New Republic who was eventually outed as a serial fabricator guilty of whole-cloth inventing many of his reported pieces. Writer-director Billy Ray recognizes this bombshell scandal, which shook the print media world, as a cautionary tale about the value of internal skepticism—a true story that reinforced how vital it is for truth seekers to apply scrutiny to their own. At the same time, Ray gets a familiar investigative thrill from the step-by-step uncovering of Glass’s fraudulence. Like an inverted All the President’s Men, Shattered Glass chronicles the unmaking of a story with all the astonished determination of Woodward and Bernstein.

At 26, Glass was among the youngest staffers at a publication informally dubbed “the in-flight magazine of Air Force One.” The film posits that he got away with his brazen peddling of fiction for so long by indulging his coworkers’ desire to see him as a precocious mensch, the most charming kid at the grownups’ table. He’s played in Shattered Glass by Hayden Christensen, taking a pit stop between trips to a galaxy far, far away. Whatever one thinks of his petulant Anakin Skywalker, Christensen is spookily good as Glass: a boyish con man clinging with sociopathic diligence to his lies.

Even better is Peter Sarsgaard as Chuck Lane, the editor who takes over the magazine when his more beloved predecessor is pushed out. Lane is essentially Glass’s opposite number: unpopular, uncharismatic, the unflashy face of journalistic integrity. It takes a while to realize that he’s the hero of Shattered Glass. Partially that’s because Sarsgaard doesn’t hesitate to paint Lane as an awkward, humorless guy who’d have trouble making friends in any office. It’s also because the movie only gradually seems to tilt to his perspective. The framing device centers Glass, with Christensen delivering unreliable narration during the first half and Ray frequently cutting to events that never happened, the situations Glass made up for his stories.

Per its title, Shattered Glass cracks and splinters, its whole narrative framework dismantled during the investigation launched by a couple of Forbes reporters who start poking holes in Glass’s story about a teen hacker. We essentially follow Lane on a journey of horrible discovery—a canny structural trick of shifting identification that might very well mirror the dawning horror the real New Republic staff felt as they realized their rising star was pathologically duplicitous. The film fills out that masthead with first-rate actors, including Chloë Sevigny and Melanie Lynskey as coworkers too taken with Glass’s innocuous lost puppy routine to see what it’s masking.

Their rude awakening makes up the gripping back half of Shattered Glass, which gradually takes on the shape of a proto-Spotlight exposé, except that the truth the journalists are uncovering here is the extent to which they allowed themselves to be duped by a young charlatan. The queasy fascination of the film lies in the way Sarsgaard’s mounting disbelief clashes with the anxiety of a con man who sees the walls closing around him. It’s possible to be outraged by the web of lies Glass opportunistically spun while still getting pulled into his desperate state, an extreme version of what anyone feels when they tell a lie that balloons out of control.‍

Shattered Glass eventually reveals itself to be another lionization of journalistic scruples and the persistent pursuit of the facts, with the once-distrusted Chuck vindicated with a standing ovation—a scene that plays as much like a fantasy as any of the colorful pieces of fake reportage The New Republic had to retract. At least Ray undercuts the triumph with closing text that reveals how Glass reinvented himself as a novelist in the wake of his disgrace, finding a new way to repackage his tall tales. One wonders if his deceptions would even kill his career today, in our age of emboldened liars, sidestepped accountability, and fake news. The disturbing reality is that Stephen Glass isn’t an outlier. He was just ahead of the curve.

Shattered Glass is available to stream on Tubi and Freevee.

A.A. Dowd is a writer and editor based in Chicago. His work has appeared in such publications as The A.V. Club, Vulture, and Rolling Stone. He is a member of the National Society of Film Critics.