Why I Came Back to Red Dead Redemption 2 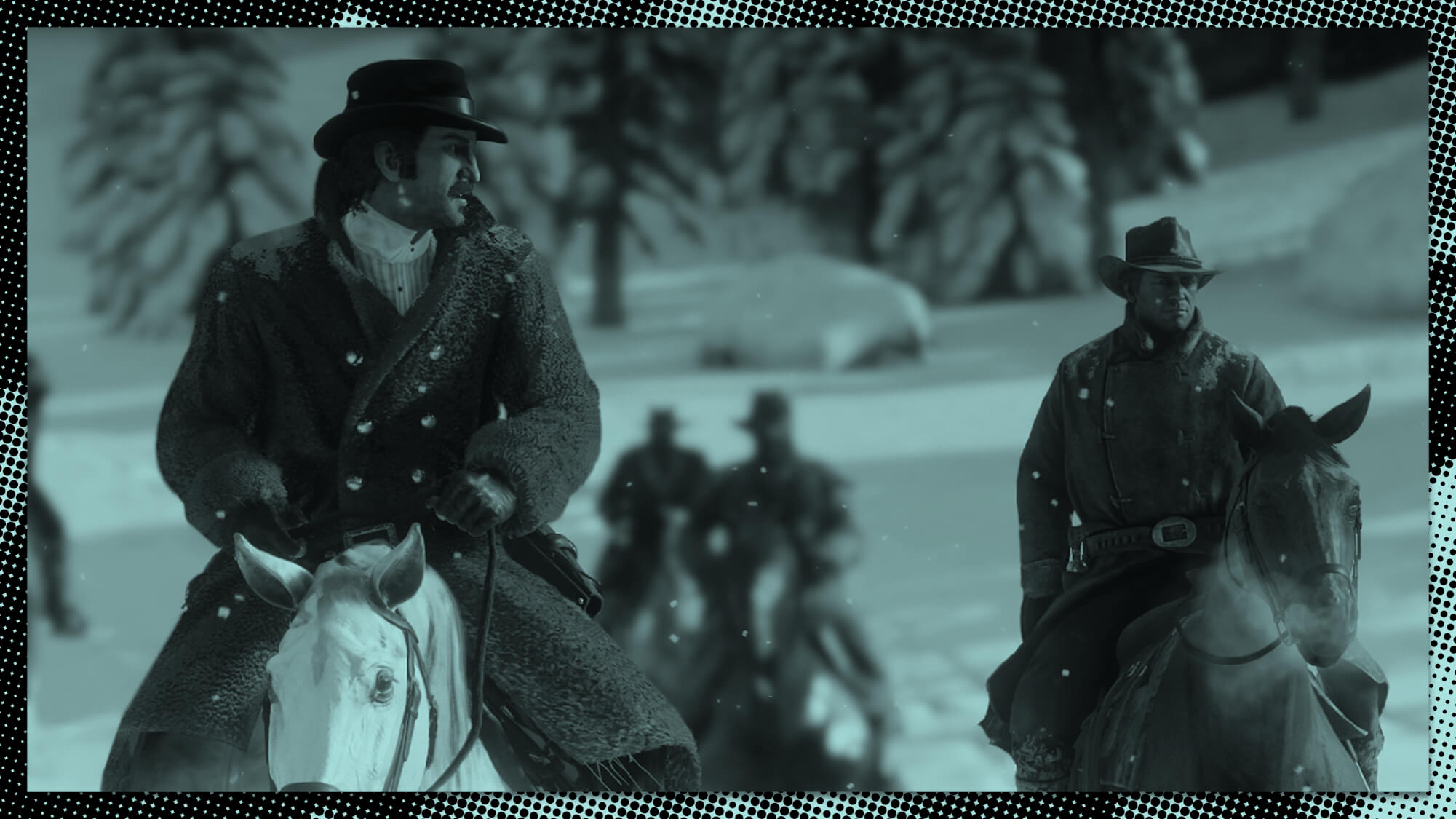 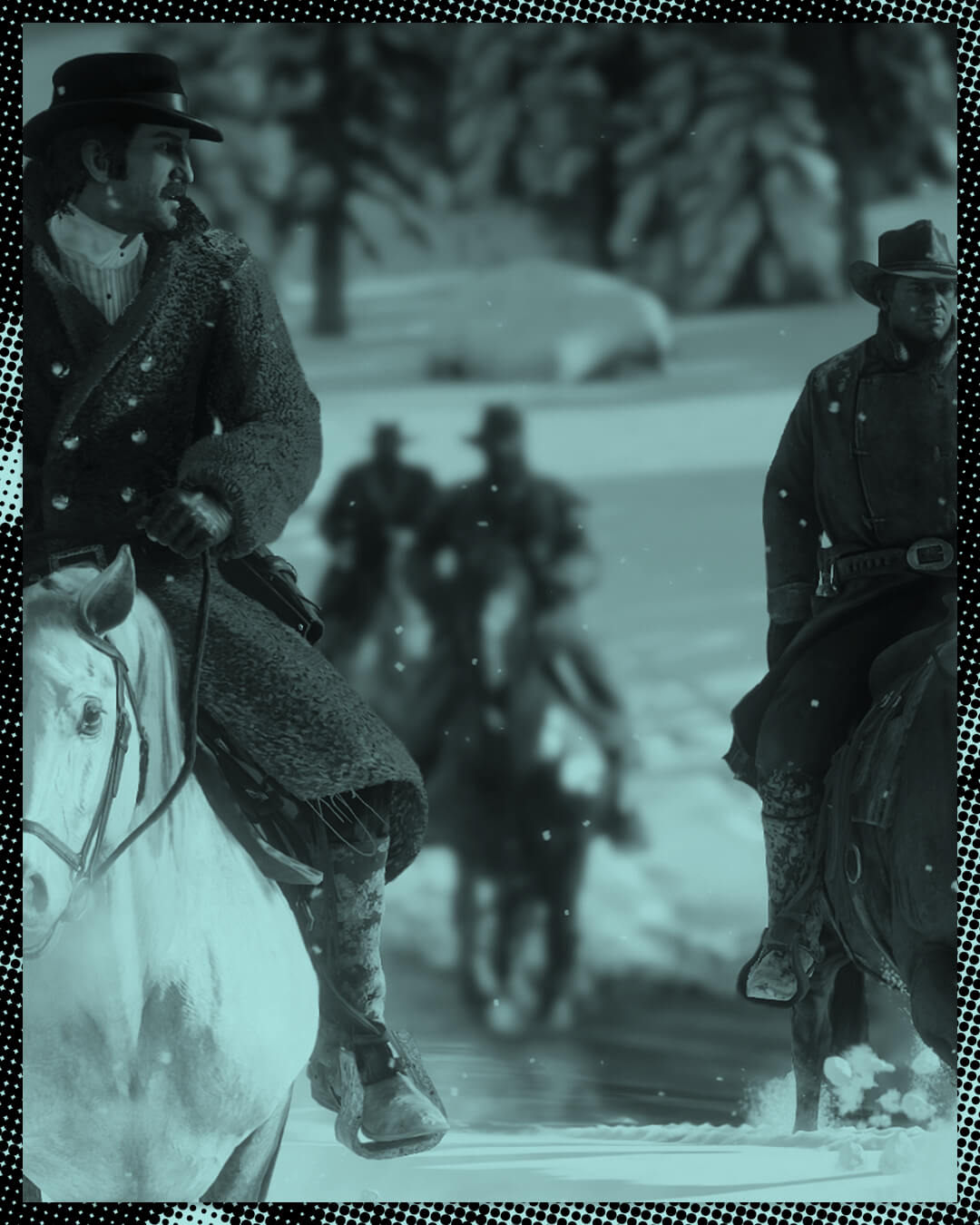 How the deliberately slow-moving game rewards patience and observation

n the first two weeks of its release in 2018, Red Dead Redemption 2 sold 17 million copies—and I was one of the many who purchased Rockstar's massive open-world Western video game. After grabbing a digital copy the day it came out, I proceeded to wait two whole days for RDR 2 to finish downloading to my Playstation 4 Pro's hard drive, and when the deed was done, I played it for five hours and forgot about it. Well, "forget" is a strong word; as I spent the following year and a half tearing through myriad games in my backlog, RDR 2's red-and-yellow icon continued to glare at me, guns almost literally blazing, on my PS4's main menu. You will never actually play this, it seemed to taunt. For a while—a long while—I believed it.

Why did it take me so long to return to RDR 2? Intimidation played a part. The majority of my initial five hours with the game back in fall 2018 was mired in the game's ultra-long, cinematic-heavy tutorial. You move slow, your options are limited, and every other minute is packed with exposition setting up the game's characters and narrative arc. Sitting through it once is tough enough, and the number of systems introduced in RDR 2's opening hours are overwhelming and, at first blush, more complicated than those of Rockstar's also-mega-popular Grand Theft Auto series. You really need a good six-to-eight hours to get your sea legs with this game, uninterrupted—an absurd request to make of casual gamers (i.e. people who do not play video games for a living).

Flash forward to the present day, an era of my life in which (I have no idea why) I have significantly more time on my hands—and I'm deep, deep into RDR 2. On the surface, that feels like a ridiculous claim to make; after all, I've still only made it to the game's second narrative chapter (of which there are seven). But, and this is an unscientific but nonetheless relatively accurate guesstimate, I've already sunk upwards of 30 hours into RDR 2. Few even came close to finishing its similarly massive predecessor, and even though I intend to see RDR 2 to its end, I'm not particularly concerned about getting there any time soon—especially when there's so much to do.

Having missed out completely on playing the first installment, my simplistic brain previously viewed the RDR franchise as a whole with negativity when compared to GTA. Horses? Old guns? Why would I want any of that when GTA can give me a motorcycle and a rocket launcher at my disposal? What was there even to do in the Wild West? Of course, these concerns have long since been allayed; the thrill of speeding out of town on horseback after a tough shootout with the cops easily matches anything GTA has to offer, and as with the similarly sprawling GTA V, RDR 2 offers myriad missions, tasks, and places to explore. Want to help a nature photographer get the perfect shot? Why not—that is, of course, if you're finished hunting for treasure, or tracking down collectibles scattered throughout RDR 2's overwhelmingly huge map.

About that last activity: I've been using online strategy guides to uncover the oodles of goodies that are stashed around RDR 2's landscape. This is typically a no-no for me, at least on the level I've been relying on them. If I'm stuck somewhere in a game or am curious as to uncovering a hinted-at secret embedded within its framework, I might look something up. Otherwise, I haven't used strategy guides this much since I played Shadow of the Colossus (I know, don't judge), mainly because I want to take in every single element that Rockstar's devs poured into this thing.

‍
It is, perhaps, a ridiculous and largely inconsequential goal to set for myself during such a weird time—to get as close to 100% on a game that many barely make it past 10% completion on—but there's a certain peace to this idle activity, too. RDR 2's top-of-the-line graphics mean that its intensely detailed terrain, from the snow and the lakes to the fields of crops and the magic-hour light effects, is downright soothing to careen across. I could personally gallop across the game's plains for hours, which is as perfect a substitute to being able to do the same outside in real life that I could ask for right now.