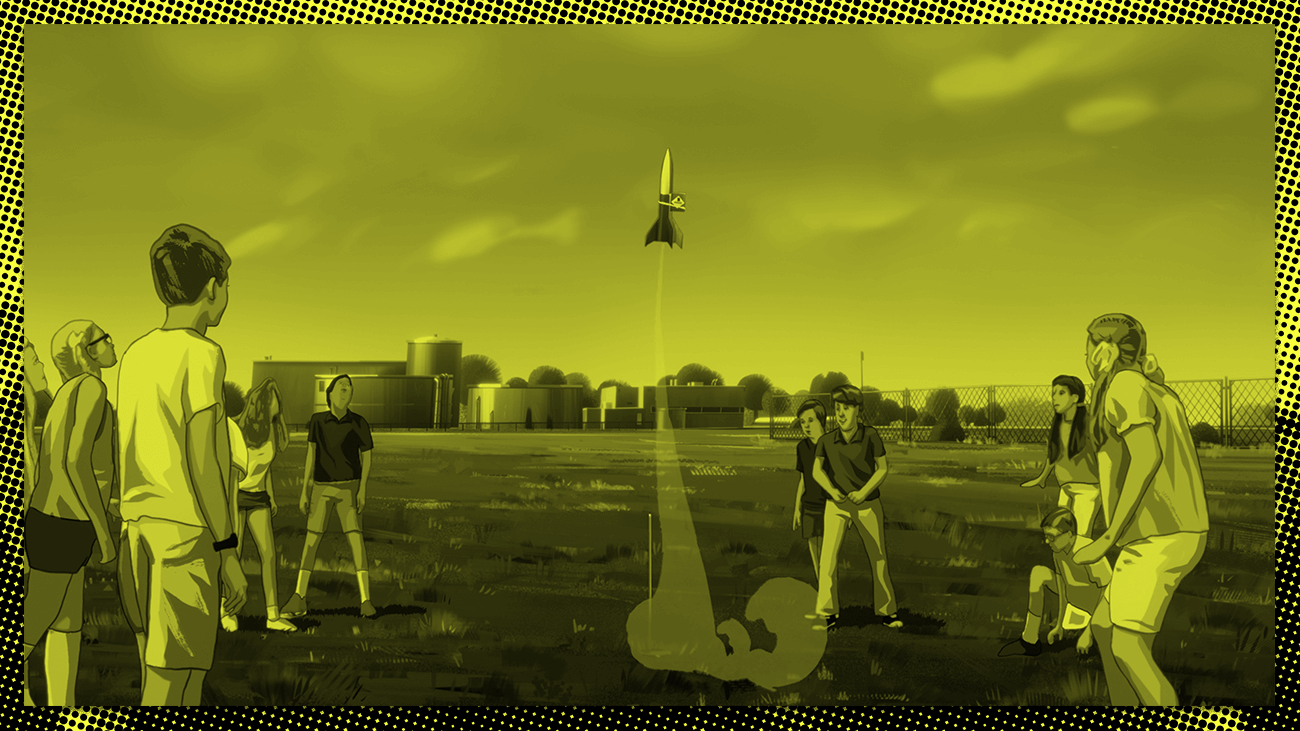 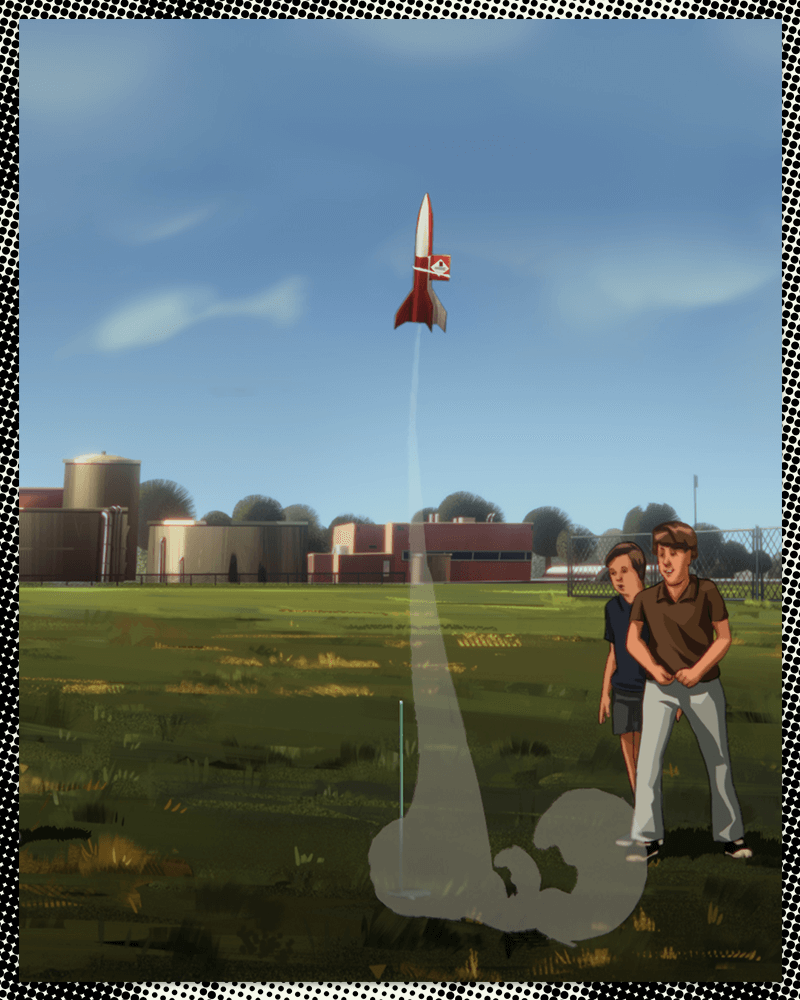 The Boyhood director resurrects the past once again, but this time with a keen eye to present sensibilities.

ichard Linklater’s worst movie hides in plain sight on YouTube. Made for his 2019 retrospective at the Centre Pompidou, the 21-minute Another Day at the Office answers a question nobody’d thought to ask: what if Linklater was front and center as his own Woody Allen? In Office’s opening, Linklater tends to his farm animals while on the phone with studio executives, who give predictably idiotic screenplay notes about nonessential scenes and needing to raise the stakes. Linklater responds to their cartoonish philistinism with faux-folksy humility, then walks from his farm to downtown Austin while an internal monologue boils over with rage at climate change and then-president Trump. His psychiatrist’s office provides the climax when she informs him test results confirm he has ADHD, for which she can prescribe medication. Linklater declines, explaining at painfully condescending length how he feels like the disorder is actually an advantage. The short’s a collection of hard shots at soft targets climaxed by libertarian-leaning disdain for mental health help—overprescription is real, but “my ADHD only makes me stronger” is among the least impressive hills to die on.

Three years later, Apollo 10 1/2 is the first feature where Linklater firmly leans into the “I” of it all from start to finish, with Jack Black narrating as Linklater’s grown alter-ego, and the results are much more productive. The film’s ostensible plot (a young boy is recruited for a top-secret NASA mission necessary to pave the way for the moon landing) occupies hilariously little of its 98-minute runtime. That opening throughline is almost immediately terminated for a 50-minute ramble through disparate memories both personal and pop culture, with no meaningful dividing line between the two. The junior-space-mission plotline is then revisited but again essentially abandoned to dive back into even more nostalgia, this time with a much more focused immersion on the particulars of a NASA-adjacent adolescence in the weeks building up to the moon landing.

One or two mediocre pop culture memories are just that; jam together dozens and an era’s texture can be recaptured. In their own expansive and comparatively expensive ways, Quentin Tarantino’s Once Upon a Time in… Hollywood and Paul Thomas Anderson’s Licorice Pizza recently acted on this principle; similarly, but (thanks to its use of animation) more affordably, Apollo 10 1/2 does the same while looking back further than either. It’s been a long time since I was treated to an unapologetic barrage of Boomer enthusiasm for once-common mid-to-late-’60s objects, like a segment on favorite TV shows in which Linklater runs through programs from ADAM-12 to My Three Sons—essentially, the “Nick at Nite” lineup of my ’90s childhood. Apollo 10 1/2 offers a last celebration for these once-ubiquitous televisual staples, theoretically in a form that’ll live permanently on Netflix’s servers. Better there than the digital sub-channels where they now reside, surrounded by catheter ads and invitations to join mesothelioma class-action lawsuits that suggest the precise health and age of their remaining target viewership.

This isn’t the first time Linklater’s reconstructed his formative years. For obvious reasons, the gap between conjured past and present vantage point grows bigger with each rendition: 17 years elapsed between the 1976 of Dazed and Confused and the 1993 of its release, 36 between the 1980 revisited in 2016’s Everybody Wants Some!! while Apollo 10/12 looks back across more than half a century. The more time passes, the more the tensions latent in nostalgic recollections become noticeable. I’ve seen Dazed and Confused easily a dozen-plus times over the last 20 years and what increasingly pops out is its unfazed everyday violence, with paddle-whoppings and corporal punishment unofficially sanctioned by the school and community as a normalized rite of passage. It represents a conspicuous puncture of the movie’s good vibes; Apollo 10 1/2 locates their origins in the teacher-/administration beatings dispensed as part of Linklater’s childhood. Likewise, the conspiratorial/paranoid libertarian voices lurking troublesomely in the margins of Slacker, Waking Life and A Scanner Darkly (the latter with their twin Alex Jones cameos, no less) reveal themselves as Texas successors to Linklater’s aunt, who regularly came over to scare the kids with dark fantasies of population explosion and mass death.

With its main cast of baseball players in figure-fitting short shorts, Everybody Want Some!! was tagged by some cultural commentators as obliviously and unintentionally homoerotic. The unkind underlying assumption was that something so unapologetically jock-centric had to be made by someone both dumb and retrograde, unaware of its subtextual implications. But no matter how hard his films work to achieve the illusion of unpretentious slacker spitballing, Linklater is nobody’s naif. As he told Vulture’s Jennifer Vineyard, “he finds it ‘a little funny’ when people interpret his movie to be ‘inadvertently gay, as if it were made by a frat boy who has no idea. […] I’ve been around a long time. Not inadvertent.’” If his previous presentations of the past render it with the unapologetic construction of objectivity, a “this is how it was” attitude, Apollo 10 1/2 is the first time Linklater acknowledges the pushback his personal reminiscences might generate. Over and over, Linklater will share some fond or not-so-fond memory—school punishments, playing on the street in traffic, driving on bicycles behind pickups spraying poisonous gas—while Jack Black’s narrator voice goes on to say, repeatedly, that this all seems dangerous and yet everyone somehow made it out alive. That chuckling amazement seems directed less at his past foolhardiness than to stave off any fresh critical accusations of obliviousness. But, if Linklater’s reminiscences get older, his attitude to them stays the same: reconstructing one’s memories is fundamentally a pleasurable experience.

Can this nostalgic impulse perpetuate reactionary historical narratives that poison the present? Linklater’s recall is generous bordering on unselective, with room to fondly remember objectionable white people. His memories are less generationally broad the more geographically grounded they are in the state of Texas, which currently isn’t contributing much beyond shame to the union. Apollo 10’s sweeping memorabilia is easy enough to vilify even if Linklater’s canny enough to include, near the end, footage (recently also seen in Summer of Soul) of skeptical Black people asking why that moon landing money couldn’t have been spent here at home.

Linklater’s all-encompassing memories in Apollo 10 ½ provoked an unexpected personal reaction when his mention of the vicious undertow of Galveston’s beach triggered a sense memory of a fluid motion I hadn’t experienced in 30 years, a childhood recollection for which I can only be thankful. That’s admittedly maybe the most innocuous citation in a film that, for a viewer so inclined, could act as a litmus test for what’s no longer acceptable. Writing recently on Malcolm McLaren, Simon Reynolds dove deep into the Sex Pistols impresario’s equally colorful and repugnant mythos before acknowledging that it, like so many other cultural stories, might one day be so arcane and appalling to no longer be worth resurrecting. “Perhaps it’s time to leave the 20th century, and leave punk there with it,” Reynolds concludes. We all have to choose what to carry forward from the past and what to abandon; I’m delighted by what Linklater chose to resurrect from his.

Apollo 10 1/2 is available to stream on Netflix.

Vadim Rizov is director of editorial operations at Filmmaker Magazine. His Twitter is @vrizov.