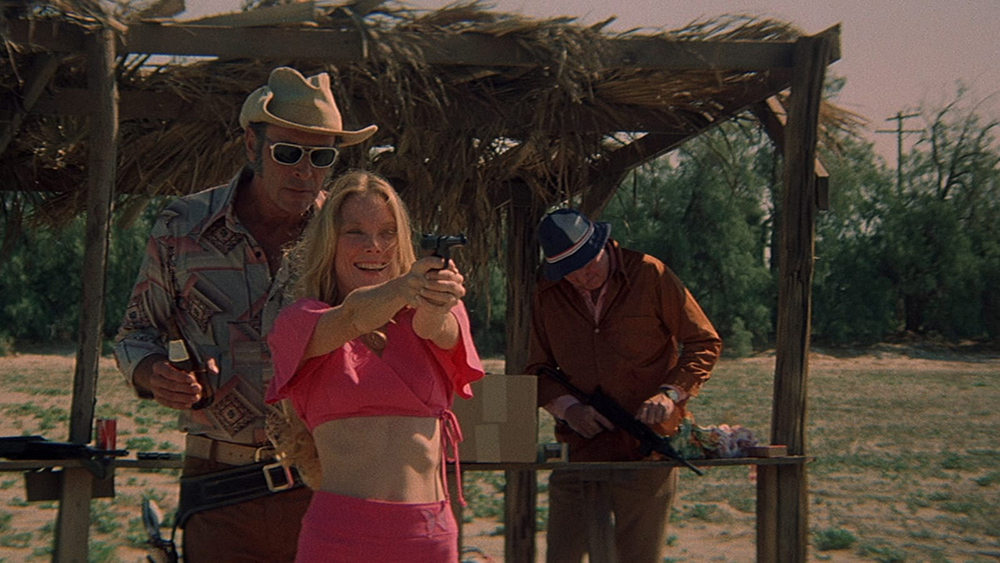 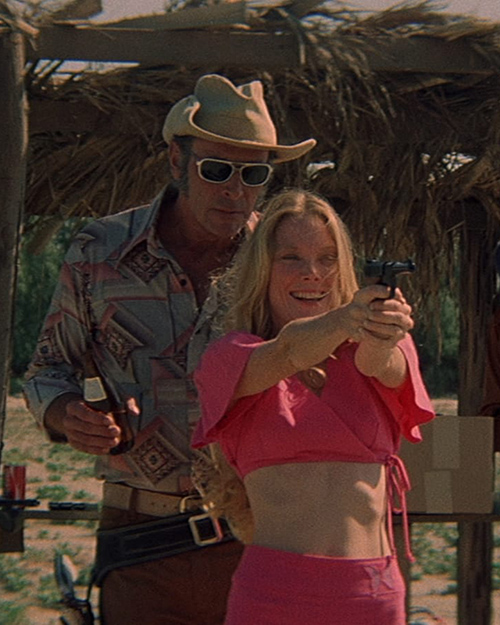 efracting water turns lower limbs monstrous. Heads are hidden. The eye wanders like a skiff as the camera zooms out revealing an indoor hot spring. Swathed in white towels with lids heavy in palliative repose, the old folks who populate the pools carry with them a sense of baptism or the clean slate of the afterlife. Perhaps both. There appears small-town Texas girl Pinkie Rose (Sissy Spacek), first seen spying behind glass into the rec room as if she’s peering through a fish tank. Sizing up her new work place, Pinkie’s gaze dials in on the outrageously slim Millie Lammoreaux (Shelley Duvall), and we are sucked into the peeping-tom cinematography that characterizes her hyper-focused obsession with Millie throughout Robert Altman’s dreamy personality-theft picture 3 Women (1977).

While it’s clichéd to critically hone in on Altman’s signature sonic dispersion, it’s also worth mentioning that his use of chattering merely sandwiches 3 Women. The film’s heft instead privileges the words of advertising-obsessed outcast Millie, heartbreakingly played by a young Duvall. (Altman’s deep, conspicuous admiration for Duvall lies in her active creation of the character during production: she wrote Millie’s diary entries, did much of her own styling, and concocted all of her supermarket finds.) As Millie eventually trains Pinkie to guide elderly patrons through water aerobics and the ways of the washroom, Pinkie mischievously tests boundaries in response—raising her voice, overacting her submissive role, and faking a drowning. Altman comically rehashes Pinkie’s suicidal tendencies throughout the film, from slipping into a noose at the local saloon Dodge City to spilling Millie’s precious cocktail sauce all over the front of her in a latent nod to Carrie (1976). In Altman’s commentary for the film, he describes Pinkie as a soul who appeared on the planet and asked, “How do I be a person?”, and subsequently chose to mimic Millie. Though much emphasis has been placed on the aftershocks of Persona (1966) and Bergmanian twinship in 3 Women, the film at most toys with a similarly fractured female atmosphere—one that adopts an entirely different signification in its isolated desert setting. Altman famously conceived some of the film’s elements in a dream while his wife was gravely ill in Malibu: the arid location, the actors, and the tone specifically. Gerald Busby's atonal score is a triumph to this end, furnishing subdued metaphors for the hazy transitions that ultimately submerge us in the director’s sandy subconscious

Making 3 Women in 120-degree Palm Springs weather was no picnic—nothing is in the desert. The phantasmagoria of heat infects every scene, establishing a thick-blooded tempo bereft of a center of gravity. Altman cleverly notes in his commentary, which was recorded shortly before his death, “What you can do dictates a lot of what you do do.” He betrays an impressive comprehension of Southern California here, foregrounding the abandoned Wild West as a sort of adult playground for childish old men, represented brilliantly by Robert Fortier’s delusional Edgar Hart. A former TV stunt double, Edgar spends his apparently limitless free time hitting on Millie and Pinkie at the local establishments he runs: both Dodge City and the Purple Sage Apartments, where Millie adorns her reality in shades of yellow and Pinkie eventually joins her as a roommate. Edgar’s pregnant wife Willie (Janice Rule) operates as the moral backbone of the film, seeing through Edgar’s fraudulent cowboy antics and cosmically preparing Millie and Pinky for a world without men when Edgar and his raucous ilk finally fuck up for good. It is fitting that Willie, the film’s most fecund creative creature, largely remains silent, soaking in and witnessing everyone else’s foibles the way so many bartenders in sleepy towns do. She paints Dioynsian friezes on the walls of empty pools near her bar and the apartment complex, making leisure symbols of California life feel like liminal spaces between our earthly realm and a reptilian underworld.

Speaking to The New York Times in 1977, the artist Bodhi Wind, who painted all of Willie’s murals remarked, “I think one of the things 3 Women is about is that whole interplay of life and death [in] the desert, where at first everything appears to be dead and barren and then gradually you see things are alive.” (According to Altman, four years after post-production, Wind was hit by a car in London, stepping off a curb while looking the wrong way. I have little idea what to make of this.) Altman’s oeuvre features a remarkable number of people utterly ill-equipped for life courageously trying to scrape by and be liked anyways. Superimposing the general difficulty of desert survival onto this existing preoccupation coheres 3 Women, a film that has been wrongly accused of not making much sense since its premiere at the Cannes Film Festival.

Altman frequently addresses that the best performances in his movies showcase actors who behave rather than act, an essential difference in his un-theatrical worldview. The shallow confidence that lesser actors have in their characters asserts a silly notion that people move in rational ways; in reality, humans don’t do the expected, they only have patterns of behavior that a good actor sits inside of and follows organically. Duvall, Spacek, and Rule possess this capability in spades, and it is through such fluidity that their characters can switch roles without damaging the film’s principles. Altman wants his audience to see that no one is that different, an idea visually upheld by twins and their lack of unique packaging. (Using actual twins renders literal the loneliness people feel in their own heads even as they resemble those around them.) As Pinkie takes over Millie’s personality after an accident at the apartment, Altman deftly exposes how those who pretend to be like us can paradoxically do a better job than ourselves. Where Millie failed to secure male attention and approval, Pinkie as Millie briefly rolls in affection despite laying the “cool desert girl” gambit on a little thick. Authenticity flutters in the wind, as in a Flannery O’Connor short story, and the whole history of the desert as a Hollywood set comes to the fore. In an Altmanian augur of sorts, the larger Palm Springs area remains a place of lost children and fake cowboys. In today’s Pioneertown—originally a western set built in the 1940s by Gene Autry and Roy Rogers—spiritually aimless Los Angelenos materialize every weekend in novelty boots and hats to romp around a certifiable carnival of AirBnbs.

Since 3 Women was largely improvised on a minimal script, the film sports a timelessness primed for both projection and subjective evolution. Altman understands gender as a Gothic team sport, with all the vices and virtues that kind of cohesion may produce. When Edgar shouts near the film’s end that Millie should go ahead and call the cops— “Those are my pals!”—the eternal nature of macho connectivity freshly resonates. Under the same roof, Willie, Millie, and Pinkie free themselves from the jerkwater female condition of doing and redoing, stabilizing themselves instead in a generational hierarchy free from male influence. In the film’s final image, loosely stacked black tires mark man’s final rest stop: a cowboy burial ground to be built over for every dog day to come.

3 Women is available to stream on The Criterion Channel. It is also available to rent or purchase on Amazon Prime, YouTube, Apple TV, Google Play, Vudu, and Redbox.

Sofia Majstorovic is a waitress based in Morongo Valley, CA. She is the co-founder and editor of the online literary publication RECLINER, and her writing has been featured in Cinema Scope.