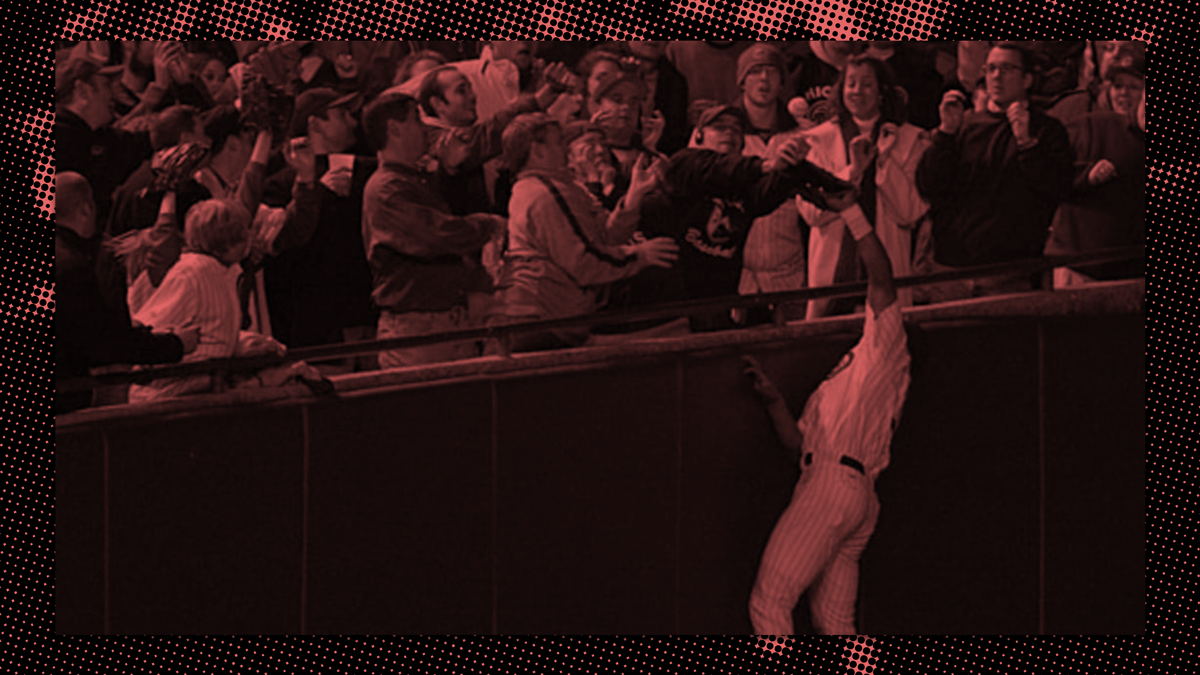 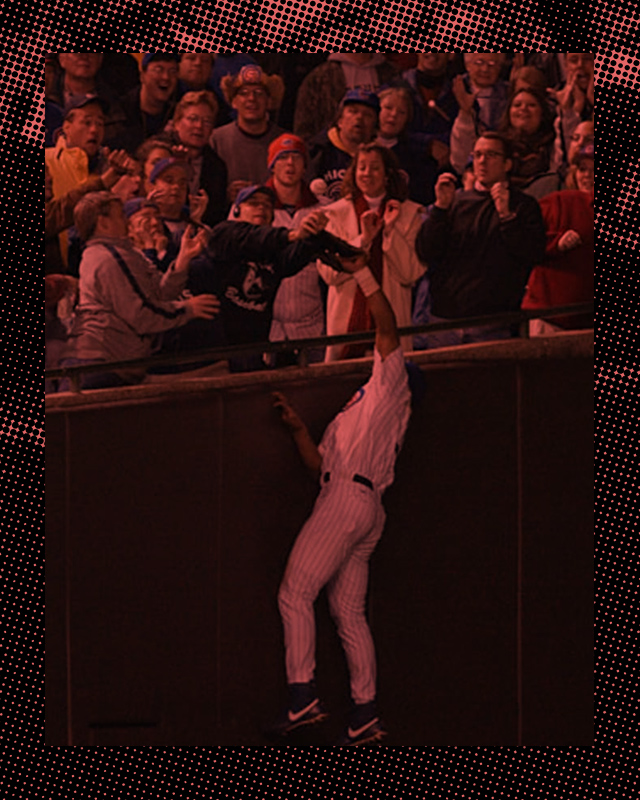 The eternal pleasure of revisiting a moment in franchise, cultural, or personal history from the comfort of your own couch

mong the many things rushed online during the early days of the Covid-19 pandemic—alongside the office, the bar and the movie theater—was the stadium. Early in 2020, you’d find me on an orange IKEA sectional, drinking a takeout cocktail from whichever local restaurant I was trying to support, watching the 1999 FA Cup semifinal replay between Manchester United and Arsenal, gasping like the first audiences of Psycho (1960) when Dennis Bergkamp missed his injury-time penalty. And unlike with social drinking or moviegoing, I’ve found it natural enough to maintain my new habitat, replacing the roar of the crowd with the comfort of the couch.

The great appeal of sports for me as a kid was that it was an ongoing saga. Scrambling to catch up—reading books about great players and great games, sifting through old stats, trading cards—felt like joining the swirling intensity of the adult world. Yet often, that saga reduces the visceral experience of sports fandom. The past becomes mere prologue when TV producers look to turn today’s game into the next installment in a never-ending appointment-viewing serial, complete with Heroic Journeys and Triumphant Underdogs, long-suffering or glory-destined franchises.

Roland Barthes said that narrative “ceaselessly substitutes meaning for the straightforward copy of the events recounted.” But watching old sports on YouTube takes us back to that “straightforward copy,” and invites us to an experience of the game that’s less quest-based, less a single point on a linear arc from Then to Now, and more open-world.

In The Assault, the great, pretentious Dutch novelist Harry Mulisch writes that his protagonist “stood with his back to the future and his face toward the past.” As the present recedes, we see with a perspective unavailable to us in the moment it surrounds us. Every stray detail in an old sports broadcast—the physiognomy of the athletes, the cut of their uniforms, the commercials, the quality of the cameras, the cadences and cultural assumptions of the announcers—coheres into a picture of a particular point in history. ‍

England-Argentina at the 1998 World Cup seems like such a precious, precarious moment: New Labour freshly in office, Cool Britannia on the radio, and the cash-flush, internationalist Premier League newly on satellite, banishing all memories of Thatcherian austerity and hooligan invasions of sodden pitches. You can see all this in the swish of David Beckham’s Britpop bangs, in the play of a free-flowing England side, and understand how these would become the rueful salad-days memories of a generation soon to experience a number of disillusionments, sporting and otherwise. When you watch the game, even if you hadn’t started following the story yet, you may be surprised at what you remember. The past overlays on the present until it becomes clearer than it was then, but less tangible, like the photograph on the dashboard that Michael Stipe sings about in R.E.M.’s “Nightswimming.”

Another of the full World Cup games FIFA put up on YouTube in spring 2020 was the 1986 quarterfinal between France and Brazil, equally the most exquisite and most slapstick match I’ve ever witnessed, in which the immortals Zico, Sócrates and Michel Platini all produced some of the most brilliant touches of the ball, and howlingly awful penalty kicks, in the history of the sport. Watching the match is close to a Great Man history of soccer. “Doctor Sócrates,” as the BBC’s John Motson calls him, is skinny and wild-haired and resiny as a study-abroad boyfriend; his subtle, diffident passes are an entirely different artistry to anything I’m used to seeing in today’s machine-tooled game. And this in turn begins to suggest the fascination of the Global South to Europe, the burgeoning appeal of joga bonito to emerging global colossi like Nike, the warring impulses of pragmatism and idealism that cloud all sports.

When, in the early innings of Game 6 of the 2003 NLCS, before Bartman and the foul ball, you nod serenely to yourself and utter aloud the name “Jeff Conine,” in a still small voice that only you can hear. Not because you really ever knew anything, in a meaningful sense, about Jeff Conine—born 1966 in Tacoma, Washington, Conine played 17 years in the majors, mostly at first base and left field, for six teams including most memorably the Florida Marlins and Baltimore Orioles; he retired with a career batting average of .285 and is currently on the coaching staff at Florida International University, but you knew all that already—but because “Jeff Conine” was a fixture of an old world through which an old you moved in distraction. And now, here he is, again, like the building that occupied the lot across the street from me before it was knocked down and replaced by luxury apartments. I know it was there, I know I passed it every day, but I can’t remember what it looked like.

Recently, I tried to track down Stage 17 of the 1984 Tour de France, from July 16 of that year—an ascent up Alpe d’Huez, during which Laurent Fignon dropped Bernard Hinault before claiming a yellow jersey he would wear all the way to Paris, and which also happens to be the stage playing on the radio in the background of the rest stop where the Dutch girl goes missing in the first reel of George Sluizer’s terrifying film The Vanishing (1988). So far I’ve only been able to find some recap clips. Even in glimpses, events take on a poignant foreboding informed by future ecstasies and disappointments: from the knowledge of the injuries and early death that would lay low the unstoppable Fignon; of the irascible Hinault’s subsequent feud with his emergent teammate LeMond, foreshadowed in their dogged climbing; of lonely mountain specialist Philippa York’s eventual gender transition; of the decades the sport would soon lose to doping scandal after doping scandal. At the same time, I think too of the Dutch holidaymaker racing around the rest stop in a frenzy in The Vanishing, tormented by the banal buzz of the everyday. Or, in another chronology entirely but at the same time exactly, I think of my poor parents, young then and still and married, in a sleepless daze of wonder and aggravation at their one-month-old firstborn son. They’re not watching the Tour de France, of course, but maybe putting on the Red Sox in the background when I wake them crying for a feeding or a changing. Bruce Hurst was pitching that night. I think of all these crisscrossing timelines that I step into and allow to flow past me.

Mark Asch is the author of Close-Ups: New York Movies and writes about film for Film Comment, Filmmaker, Reverse Shot, Hyperallergic and various and sundry other august publications.