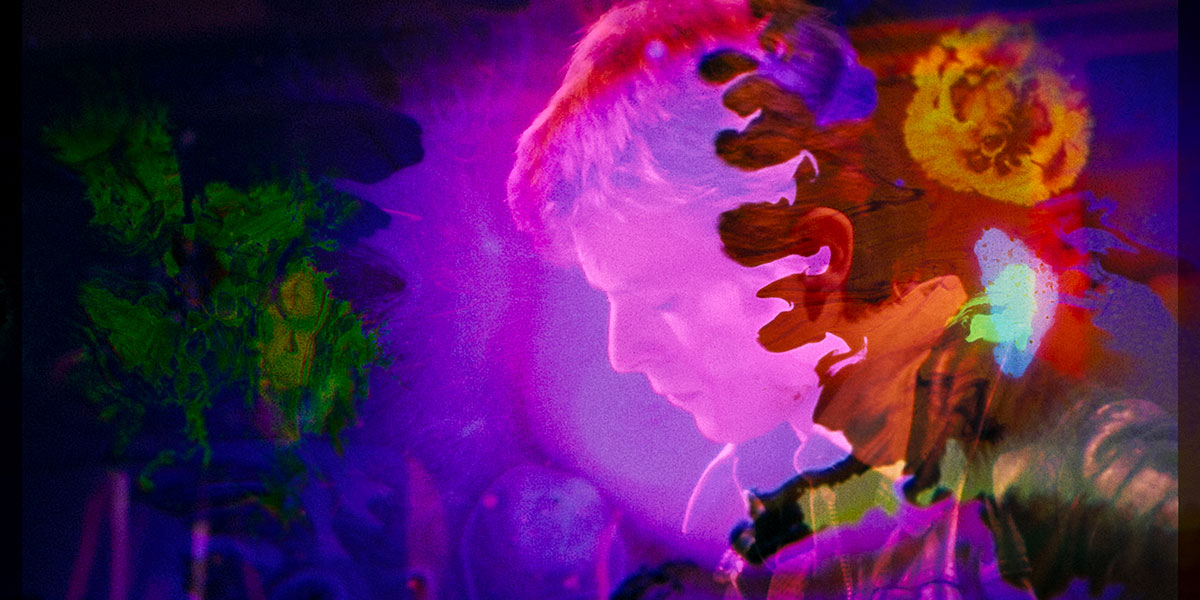 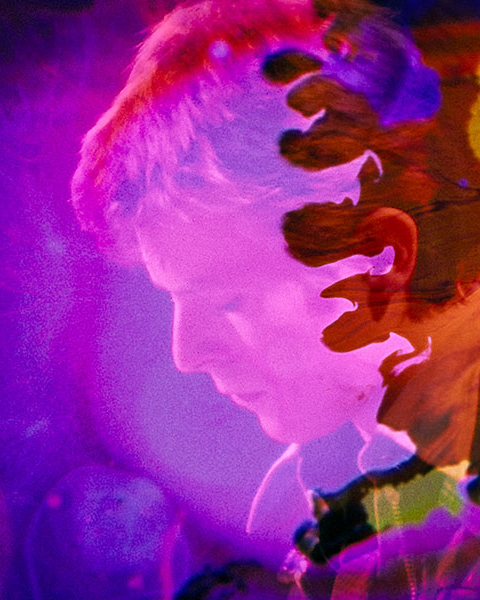 In Downtime's first TIFF dispatch, our humble correspondent reviews a farcical satire of the super-rich and a collage-style David Bowie doc.

t’s been three years since I last attended the Toronto International Film Festival. As much as thing have changed at the festival—mainly a digital ticketing system that caused chaos for most of the press corps trying to redeem public screening tickets (I was spared from this madness entirely by chance)—much of it remains the same. The films are still preceded by cheesy bumpers thanking me for supporting “creativity” or an absurd Paolo Sorrentino-directed Bulgari advertisement campaign featuring Anne Hathaway and Zendaya traipsing around some gaudy estate as jewels rain from the sky. The stretch of downtown Toronto still features classic standbys like the local Town Crier pub, which lies directly opposite the Hooters. The Michael’s art supplies store still stands while the Jack Astor’s Bar and Grill on John Street has closed in the interim years. Festivalgoers continue to run on some combination of hurried eats, adrenaline, stress, and alcohol. And yes, despite the early mornings and long lines, the movies remain in the theaters, and some of them are even worth your time and money.

This month on Downtime, I’ll be writing up some of those flicks that will soon be coming to a theater, and eventually a streaming service, near you. (I provide release date information if it’s available.) While my opinions might be occasionally salty, all of the films in this and future dispatches are worthy of your attention. Join me on a journey through the wondrous world of “fall festival season” so that you may also have opinions on films that might mildly bemuse, or possibly irritate, your closest friends.‍

This year’s Palme d’Or winner satirizes the grotesquely opulent sect with the savoir-faire of an overexcited child and a freshman undergrad’s insight. Ruben Östlund’s latest dark comedy primarily set on a luxury superyacht makes such “piercing” observations like the liberal-minded moneyed class tend to exploit the proletariat under the guise of compassion, ignore the rippling consequences of their profit-making ventures, and fiercely protect their wealth in the face of all rationality. While Östlund’s Marxism 101 arguments are obviously accurate, Triangle of Sadness would still be DOA if it weren’t for its broad, often-lowbrow comedy that effectively undercuts the film’s potential smugness. Call me childish, but there’s something amusing about a movie that features a toilet overflowing, and eventually exploding, with shit winning the Cannes Film Festival’s highest award.

Before Östlund builds out a large ensemble of nefarious tycoons and oligarchs, he introduces us to our ostensible audience surrogates model couple Carl (Harris Dickinson) and Yaya (Charlbi Dean), whose relationship hits the rocks after Carl inelegantly points out how their income disparity clashes with prescribed gender roles. Yaya makes considerably more money as a model and influencer than Carl, but she still expects him to pay for lavish dinners beyond his means. This early sequence represents the best of Östlund’s traditionally satirical instincts: as he teases our complications in each other’s positions—Yaya’s lucrative career might completely collapse if she’s injured or becomes pregnant vs. modeling is one of the few professions where men systemically make less than women—he formally ratchets up the tension through an anxious sound design. Noisy wiper blades soundtrack Carl and Yaya’s quarrel as Östlund’s camera whips back and forth between them in the back seat; an insistent elevator door punctuates Carl’s petulant screams to be heard by closing at consistent intervals.‍

Triangle of Sadness eschews the he-said, she-said didacticism in favor of sledgehammer cynicism as soon as it moves its setting to the yacht, e.g., the eye-rolling mention of “equality” from the ship’s crew. He slowly introduces a coterie of noxious individuals like a fertilizer magnate (Zlatko Burić), an über-wealthy coder (Henrik Dorsin) the yacht’s overtaxed chief steward Paula (Vicky Berlin) and its alcoholic Marxist captain (Woody Harrelson), all caricatures of one stripe or another. While there are plenty of “no shit” potshots on the boat, Östlund impressively spends his European financiers’ money by displaying the vessel’s extravagant decks and rooms before eventually defiling them with bodily fluids. Triangle of Sadness veers into a delightfully crude direction just as the ship hits a rough storm during the captain’s dinner. Nature’s revenge against the affluent passengers involves widespread sea sickness in which vomit spews as freely as the champagne.

Östlund’s ability to stage chaos across multiple sets and a large ensemble largely offsets his blunt satire. He keeps the farcical action as frenzied as possible, striving for some middle ground between Luis Buñuel, Jacques Tati, and the Jackass crew, and though he falls short of those greats, the attempt remains fun to watch. His refreshingly cruel streak also reaches a peak in the film’s back half: in a Monty Python-esque gag, an elderly British weapons manufacturing couple, whose gentle exteriors neatly contrast with their horrific profession, meets their fate by innocently picking up a live hand grenade; a wheelchair-using German stroke victim who can only communicate by saying, “In den wolken” (“In the clouds,” a not-too-subtle dig at Östlund’s targets being out of touch) is put through the wringer both on sea and land; and Carl and Yaya’s relationship crumbles due to a complicated sexual bartering scheme.

While the details of the film’s lengthy, gearshift-changing third act should remain unspoiled, Triangle of Sadness definitely overstays its welcome. Östlund conceivably could have kept torturing his characters in different situations forever, which would be fine if he could guarantee the jokes won’t go stale. Still, one uproarious sequence and a dozen more fine gags are nothing to sneeze at, even if the rich targets might be a little cheap.‍

Triangle of Sadness will be released in theaters by Neon on October 7th.‍

Brett Morgen designed his collage-style riff on David Bowie’s life and career primarily as a sensory experience. His welcome disinterest in a soup-to-nuts biography or a box-checking summary of overutilized iconography means that Moonage Daydream takes the form of a psychedelic medley. Working with full cooperation from the Bowie estate, Morgen utilizes his unprecedented access to a trove of previously unseen performances and photographs and paintings by essentially putting everything on screen. Moonage Daydream smashes together archival footage of concerts and interviews dating back to the early ’70s alongside film clips—a greatest-hits collection of 20th Century classics (2001: A Spacey Odyssey, Nosferatu, Metropolis, etc.), scenes from experimental artist Kenneth Anger’s work, and documentary footage of Bowie himself—and colorful kaleidoscope imagery. Sometimes the juxtapositions feel deliberate or purposefully off-kilter and other times they resemble the ping-pong rhythm of a drugged-out state. If nothing else, Morgen’s editing skills deserve recognition.

Despite its unconventional patina, Moonage Daydream isn’t exactly an oblique object with no accessible entry point. It broadly adheres to a chronological structure, even if Morgen occasionally jumps around the timeline and leaves large gaps in his post-Let’s Dance career. Bowie’s own voice “narrates” the film where he ruminates on all the classic tropes of his discography and identity: the mutability of self; androgyny and gender-bending; art as an omnivorous, multifaceted form of expression; the boundless potential of performance. Despite ignoring some of the more overplayed hits, Moonage Daydream features classics like “Changes” and “Starman” and includes performances from the Ziggy Stardust era. Morgen doesn’t include many of the traditional guardrails that a more conventional documentary might, like talking head interviews or a then-this-happened narrative structure, but it’s also essentially a lengthy concert film/music video. It’s being released in IMAX theaters because it’s a veritable feast for the eyes and ears.

For such a celebration of Bowie as an artist, however, Morgen’s questionable editorial decisions often precludes a fuller understanding of the man beyond his mythmaking. Moonage Daydream eagerly embraces Bowie as a singular enigma, which makes some sense considering the estate likely wants that narrative affirmed, but the truth is earthier and less mysterious. Bowie’s many collaborators, for examples, are almost entirely excluded from the narrative, save for Brian Eno, who sports a comparable mythos as a producer and musician. Moonage Daydream features his many non-musical artistic ventures, but it’s presented less as cautious, vulnerable experimentation and more as a genius exercising his virtuosity. There’s a difference between centering Bowie in his film and completely isolating him to further a Great Man narrative, which nevertheless stumbles when Morgen retreads previously explored territory in the homestretch and leans too heavily on overstimulating imagery to maintain the film’s energetic pace.‍

Moonage Daydream’s myriad pleasures are both obvious and nothing to dismiss. The footage frequently astounds, all the music still rips, and it’s also a two-hour reminder that Bowie was extremely forthright with the British press from very early on in his career. (It’s also a neat time capsule of a time when TV broadcasters actually asked probing, nuanced questions that weren’t designed to provoke a soundbite.) It’s a testament to Morgen’s confidence in the material that I genuinely have no idea how the film will play for even a casual fan let alone someone who doesn’t know Bowie at all. Moonage Daydream manically presents all shades of the artist like he's a grab bag of imagery and sounds, which both is and isn’t the full story. Morgen banks on the audience ceding all criticality at the door and going along for the ride, if only because they can always go home and listen to Station to Station whenever they want.‍

Moonage Daydream will be released in theaters and IMAX on September 16.