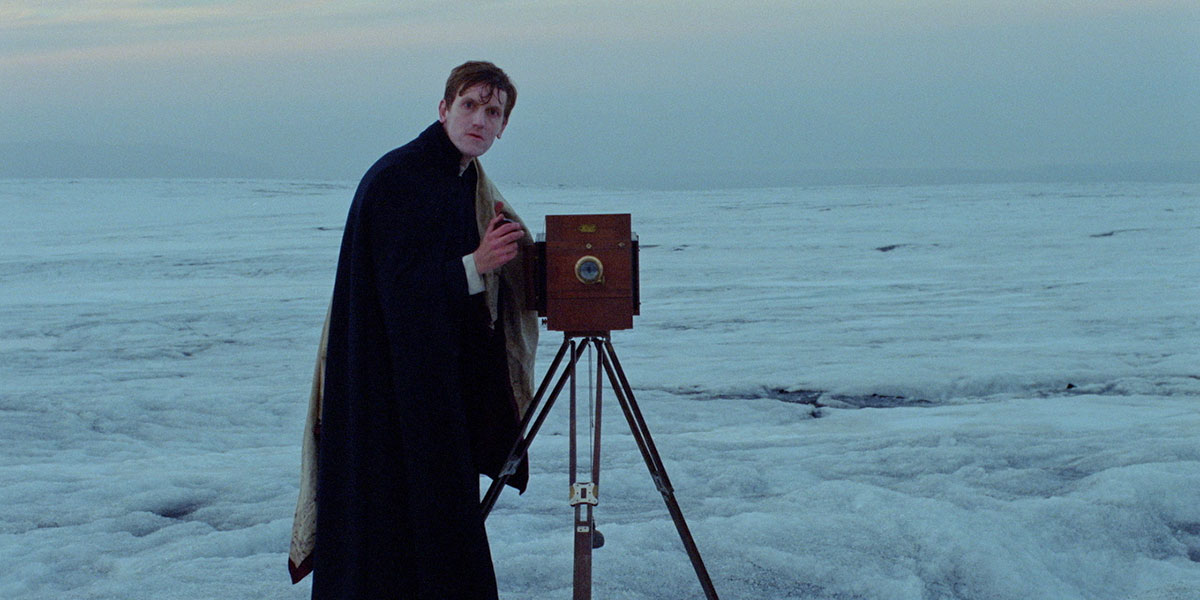 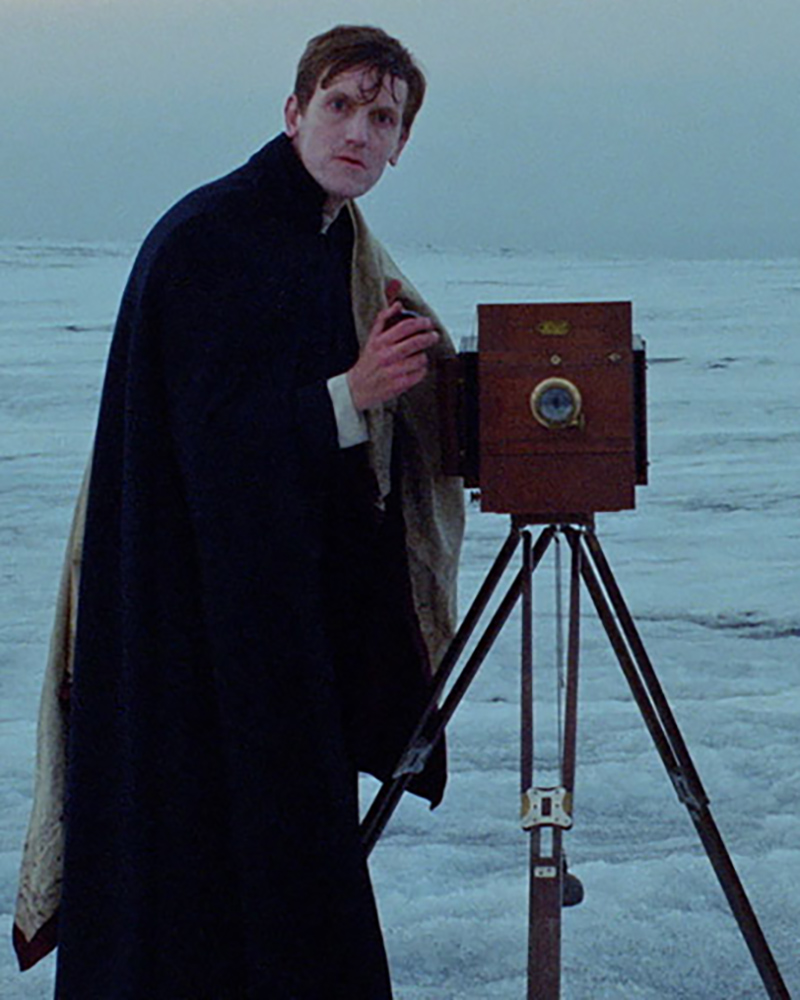 In his final dispatch, our humble correspondent reviews an Irish comedy of discontent and an Icelandic religious drama.

he Banshees of Inisherin (Martin McDonagh)‍

Martin McDonagh constructs his latest feature around a simple, profound cruelty: What if your best friend ended the relationship just because he thought you were boring? Pádraic (Colin Farrell) discovers just that when he goes down to the local pub to meet Colm (Brendan Gleeson), who insists he sit somewhere else because he doesn’t like him anymore. He initially chocks up the altercation to an April Fool’s joke because he doesn’t believe that Colm would suddenly recant their friendship on such soft grounds, but Colm insists that he would rather dedicate the rest of his life to composing music than listen to Pádraic prattle on about his donkey. To prove he’s serious, Colm tells Pádraic that each time he continues to talk to him, he will cut off one of his own fingers until he stops.‍

Banshees reunites Farrell and Gleeson for the first time since McDonagh’s feature debut, but unlike in In Bruges, where they played bickering social opposites like a traditional comic duo, here they play a quieter and more heavy-hearted pair. Colm’s principled stubbornness barely disguises his deep self-loathing—he would rather maim himself than deign to be polite because he believes the former, like his music, at least grants him a chance at immortality. Pádraic, on the other hand, can’t even fathom the concept of loneliness until Colm pulls the rug out from under him. He likes living with his sister Siobhán (Kerry Condon) and tending to his animals and going to the pub every day for a pint to see his friend. He doesn’t want for anything else but his routine, and Colm’s betrayal represents not just an absent friend but a threat to his life on the island.

Farrell arguably gives the best performance of his career as Pádraic; he radiates hurt feelings and bewilderment to the point where a throwaway dejected glance can be heartbreaking. Gleeson plays his character closer to the vest, but the moment he lets Colm’s anger or anguish occasionally trickle out, like in the confessional booth (a frequent McDonagh setting), have a power unto their own. McDonagh’s films heavily depend on a game ensemble able to lend his words musicality and the right mixed tone (the Americans in his flawed, award-winning feature Three Billboards Outside Ebbing, Missouri were not up to the task), and Banshees might feature his best cast to date. Besides Farrell and Gleeson, Condon excels playing the most perceptive person in Inisherin, someone who knows in her heart that the land poisons the people in it and itches to escape. Plus, Barry Keoghan embodies the film’s funniest, most tragic character: Dominic, the town “gom” (village idiot), who Pádraic fears might be his only companion and drinking buddy left.

Pádraic and Colm’s fractured friendship is Banshees’ narrative focal point, but McDonagh uses it as a springboard to explore small town (or, rather, island) life and human relations in miniature. Cinematographer Ben Davis shoots the fictional Inisherin (actually both Inishmore and Achill Island) like a lush, placid locale that overlooks the beautiful Galway Bay and implicitly promises a quaint life for its residents. (Carter Burwell’s tranquil score serves a similar function.) Like many cloistered communities, however, that picturesque patina masks deep-rooted dysfunction and pain. It’s not just that every denizen constantly snoops into the business of others, or that they’re preemptively defensive about their social or educational status, but they’re also burying the typical horrors rife in such environments, like sexual and physical abuse.

McDonagh thankfully doesn’t foreground these concerns; instead, they loom over the proceedings, informing every interaction but rarely impeding them, like the Irish Civil War whose cannon fire can be heard across the water. Yet, he succeeds at building out a believable community whose decency and noxiousness can’t be separated from each other. McDonagh’s script and direction evoke a profound melancholy in his characters’ limited circumstances. None of them will transcend their hometown mostly because they don’t want to. The central tragedy lies in their growing awareness of this fate.

Like all of McDonagh’s work, Banshees boasts a writerly self-consciousness that will surely prove divisive. It’s an overly determined playwright’s screenplay with lines and scenes serving hyper-specific, on-task functions. The parallels McDonagh draws between the personal drama and Irish history can be obvious and sloppy, though the metaphor does accrue weight in its final scenes even if it’s just by sheer repetition. There’s a hoary explanation for the film’s title. I can’t forgive these flaws, but they don’t bother me as much as they should because, frankly, Banshees provoked a sense of recognition that’s difficult for me to ignore. McDonagh’s depiction of entropy and depression, familial and platonic intimacy, and the impotence of ambition, none of which he presents preciously, feel uncomfortably real. In the film’s best scene, a drunken Pádraic accosts Colm for his cruelty, claiming that he’s simply not being nice by refusing to no longer be his friend. Colm responds with a tired argument about how history never remembers nice people, but it does remember great artists like Mozart. Pádraic replies with a moving defense of niceness that will probably stay with me longer than other better scenes from better films for reasons too thorny to unpack at this juncture.‍

Hlynur Pálmason’s Godland operates like the Icelandic counterpart to Martin Scorsese’s Silence: in the late 19th century, Lucas (Elliott Crosset Hove), a young Lutheran priest, is sent by his Danish colony to Iceland to oversee the construction of a new church. However, the lengthy journey by both sea and horseback, along with the brutal weather conditions and Lucas’s inability to understand Icelandic, test his resolve. Lucas’s travel guide Ragnar (Ingvar Sigurðsson), who quickly becomes his adversary, exposes the priest to the dangers of the Icelandic countryside without an ounce of hesitation, rubbing his nose in his inexperience with the country he plans to spread his religion.

The contrasting ideas Pálmason explores in Godland are not particularly obscure. Lucas, the colonizer, vs. Ragnar, the colonized. A man of God vs. a man of nature. A cultivated idealist vs. a coarse pragmatist. Yet, his direction elevates these capital-T Themes by absorbing them into austerely rendered landscapes. A master-shot filmmaker who takes his cues from many “slow cinema” directors, particularly his Danish artistic forebear Carl Th. Dreyer, Pálmason deploys his patient command of the camera to capture both an environment on the precipice of modernist change and a man’s protracted descent into spiritual madness. Static shots of icy terrain and waterfalls will inspire hushed awe as well as an empty terror. Godland’s 1.33:1 academy ratio presents each image with rounded corners, evocative of the early age of analog photography, many of which decorated with specks and dust from the original 35mm print, conjuring the physicality of the land where it was filmed. ‍

Godland’s first half chronicles Lucas and Ragnar’s long journey to the remote community and the second follows Lucas as he ingratiates himself among the Icelanders, particularly Anna (Vic Carmen Sonne), whose own loyalties are split between Denmark and Iceland. It’s here when Lucas’s paranoia mounts as he assumes the Icelanders view him with disdain because he can’t speak their language. (He all but gives up when he’s exposed to the myriad different words for “rain.”) His insecurity manifests in rage against Ragnar, whom he views as his social and intellectual inferior, despite him being responsible for saving his life in the mountains. Pálmason shows his cards early: Ragnar is exactly the kind of man to whom Lucas should teach God’s words, but his arrogance and pride impede his mission. In Godland, we watch the bodies of animals slowly decay over time, which stands in sharp opposition to the stillness of the seasons. God’s faulty messengers will decompose into dirt, as well as the men who try to kill God. But Pálmason’s epic film suggests the obvious lesson in ultimately humility: it’s the land that will remain long after we fade.