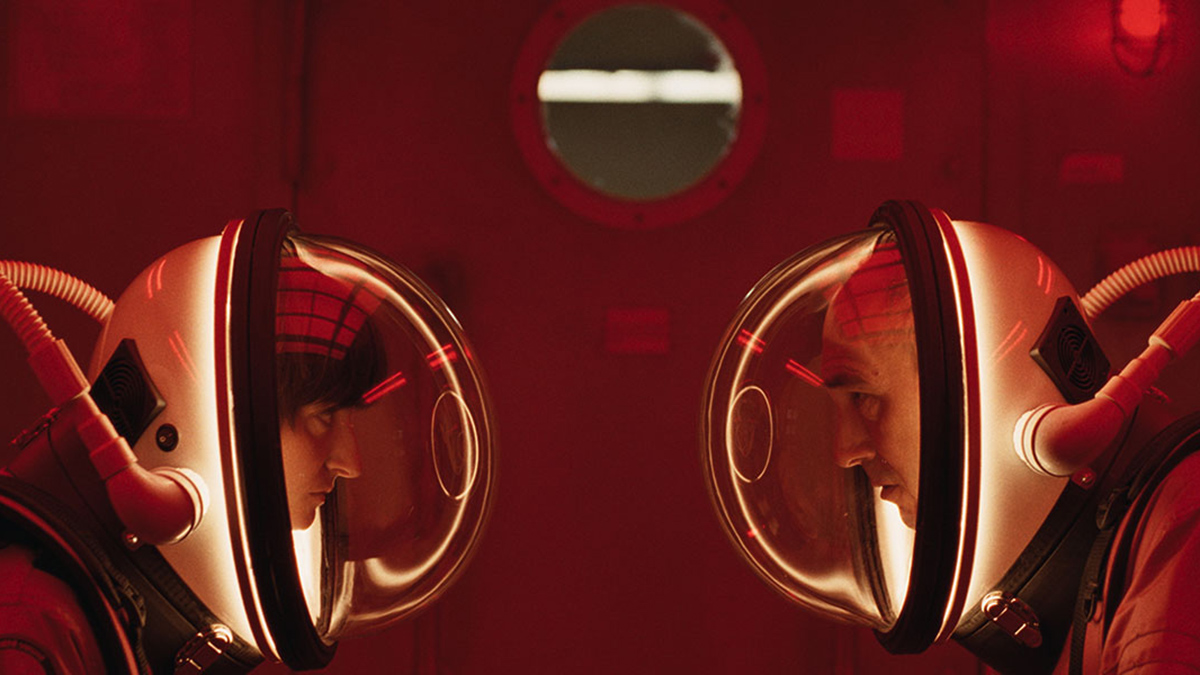 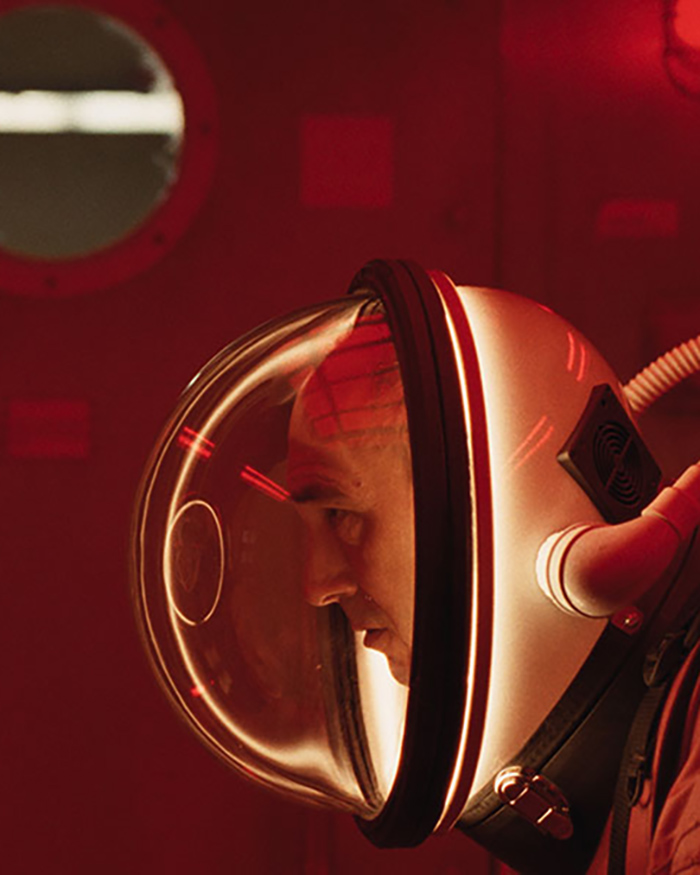 ow to Blow Up a Pipeline (Daniel Goldhaber)‍

(Editorial disclosure: I am friendly with the film’s director and editor.)

The title of Andreas Malm’s 2021 treatise How to Blow Up a Pipeline is a slight misnomer. Though it sharply critiques the climate activist movement’s commitment to nonviolence and advocates for a shift towards outright sabotage, Malm doesn’t actually detail how to “blow up a pipeline” or commit property destruction. As many have pointed out, a more appropriate title would be Why to Blow Up a Pipeline.

Daniel Goldhaber’s fictional adaptation of Malm’s book cheekily references this incongruity. When college student Shawn (Marcus Scribner) flips through How to Blow Up a Pipeline in a leftist bookstore, party kid Logan (Lukas Gage) approaches him with a winning smirk and says, “You know, it doesn’t really tell you how to do it.” Yet, the film version of How to Blow Up a Pipeline deviates from its academic source material by depicting a group of climate activists who converge in west Texas to…well, actually blow up a pipeline. Shot on 16mm to lend the film a tactile, DIY feel, Pipeline primarily plays like a propulsive heist film where eight outlaws organize and execute a plot, only profit isn’t their goal but rather an ideologically righteous act of vandalism.

Goldhaber, alongside co-writers Ariela Barer (also one of the film’s stars) and Jordan Sjol, adopts a hyper-granular approach to the eponymous plot. Pipeline maintains strong focuses on the particulars of assembling bombs—there are numerous insert shots of alternately steady and shaky hands packing blasting caps and crib sheets of volatile chemicals and specific amounts thereof—rigging them onto heavy barrels and placing them in precise locations so as not to cause a spill. Editor Dan Garber’s elliptical style captures all the fun of a criminal plan coming together: secretive meetings, the arrangement of alibis, cell phone paranoia, etc. Obviously, not everything goes to plan and the gang must improvise around unexpected incidents. Pipeline embraces the pulse-quickening elements of the genre, yet its political context livens and elevates its tropes so they feel refreshingly novel.

Unlike heist films of a similar stripe, Pipeline doesn’t have a punitive bone in its body. Goldhaber and co. don’t depict their subjects as naïve troublemakers who are in over their heads. They’re committed, appropriately angry activists who are taking measures into their own hands. Though the film rightly emphasizes the procedural over the ideological, it narratively punctuates the scheme with flashbacks that reveals how each character landed in west Texas. Thankfully, Pipeline’s script doesn’t render these scenes as come-to-Jesus moments. Every character is basically on the same wavelength regarding what needs to be done, all they need is a push.

Students Xochitl (Barer), whose mother died in a heat wave, and Shawn are fed up with lectures of incrementalism from their climate activist group. Theo (Sasha Lane) receives a terminal cancer diagnosis likely caused by industrial pollution; her girlfriend Alisha (Jayme Lawson) reluctantly goes along with the plan. Dwayne (Jake Weary), a salt-of-the-Earth Texan, had his property seized by the oil company for the pipeline, which has ravaged his land and threatened his family’s health. Crusty trust-funder Logan and his girlfriend Rowan (Kristine Froseth) are city kids motivated to further the movement. Finally, the most intense of the bunch, Michael (Forrest Goodluck), an Indigenous bombmaker whose North Dakota hometown has been decimated by fracking.‍

Pipeline occasionally risks psychological simplicity by introducing trauma motivations for some of the characters, and the film’s weakest scenes over-underline Xochitl and Theo’s personal vendettas or Alisha’s reasonable handwringing. However, as much as the phrase has turned trite as it has been mainstreamed and misconstrued, the personal is political, and every character’s catalyst for action has roots in real stories. While the gang itself checks off a litany of diverse boxes, they never feel like a cynically collected bunch. In fact, they resemble an organic amalgamation of pissed-off people tired of waiting for politics to catch up with the timeline of an inflexible man-made disaster. ‍

Pipeline’s justifiable anger and fluency with contemporary discourses renders it an urgent piece of filmmaking, with Goldhaber’s populist instincts—deftly-composed action sequences, the comic-relief character(s), a familiarly tight screenplay structure—only serving to heighten the film’s core provocation. Pipeline can’t accurately be described as agitprop; it doesn’t feature an explicit call to arms nor does it depict exclusively positive consequences or an end to the physical/existential threat of climate change. Yet, it’s not ideologically neutral either. By film’s end, Pipeline’s powder keg message is clear: gather, organize, and if things go well, fuck shit up.‍

How to Blow Up a Pipeline was recently acquired by NEON who intend to release it theatrically sometime soon.‍

An existential “space” comedy, Viking follows a group of five Canadians who are part of a shadow mission to mirror the events of the first manned mission to Mars for the purpose of gaming out potential interpersonal conflicts. Each member of the B-team undergoes a rigorous personality test to determine which astronaut best suits their individual behavior. Viking opens with our ostensible hero David (Steve Laplante), a high school gym teacher, as he’s asked a serious of specific, seemingly inane questions that run the gamut from his dreams to his feelings on cannibalism. After being matched up with “John Shepard,” he accepts the mission, which takes him away from his wife and friends for two years, and soon he and the rest of “The Viking Society” are shipped to a remote Quonset hut to simulate being in space.

As much as David and the others embody their characters, some of which transcend race and gender, both the team and the simulation can only reflect the real situation up to a point. While the astronauts on Mars are dealing with real technical issues alongside their own group dynamic, the B-team almost exclusively focuses on petty squabbles about hygiene and the proper allotment of sugar for their morning coffee. The members fall deeper into their roles in the face of their situation’s reality, much to the frustration of David: crew captain Janet (Fabiola N. Aladin) becomes a control freak, Liz (Denis Houle) obsesses over the allocation of resources; Gary (Hamza Haq) mostly irritates the others with pen clicking; and Steven (Larissa Corriveau), who shares a romantic spark with David, bemusedly treats the mission as a vacation and smirks her way through events.‍

Viking’s core Canadian sensibility mainly manifests in the five diffident, passive-aggressive Viking team members playing more outwardly expressive Americans, whose updates in outlook they receive in the form of daily memos. (Lafleur never lampshades Canada’s cultural relationship with the United States, but it informs every frame of the film.) As it tends to be the case, the more the Viking Society communicate with each other to maintain efficiency and peace, the less they cohere. Eventually, their real personalities begin to clash beyond the confines of their characters’ disputes. “I’m glad we had this conversation,” says everybody at the end of a conversation, which scans as an outright parody of open discourse and emotional vulnerability.

Lafleur’s deadpan sense of humor bleeds throughout Viking: the B-team’s sheer commitment to the bit, including wearing spacesuits and fixing “rovers” out in the desert; the various sight gags of ruptures in the simulation, like two cowboys approaching David and Steven utterly confused by their presence; the program heads’ sweaty attempts to maintain the façade. Lafleur and co-writer Eric K. Boulianne never artificially play up the comedy; they keep it restrained, allowing it to come through visually or in direct line reads from the actors. At its best, Viking recalls the works of Hal Hartley and Aki Kaurismäki, two independent filmmakers whose comic sensibilities produce hearty laughter by never trying to go for the big laugh.

Yet, Viking’s existential core resonates beyond its comic trappings. Like Roy Neary of Close Encounters of the Third Kind (1977) and the astronauts in 2001: A Space Odyssey, which Viking frequently references, David has an escapist impulse; he clearly wants to abandon Earthly comforts for the vast unknown. David clearly jumps at the opportunity to play an astronaut on Earth to fulfill a lifelong dream to actually go to space. When the program heads suggest that his performance in the simulation might give him a leg up to actually travel to Mars, David becomes power hungry and obsessed with his part, which quickly alienates his team, whose dedication manifests in comparably serious, but less intense ways. However, over the course of his time spent in the simulation, David comes to a moving realization: Earth, in all its familiar mundanity, isn’t so bad, especially considering the difficulties of human relations are the same here and in space. Put it another way: Viking chronicles David’s journey from being inspired by Ronald Reagan’s quote, "The future doesn't belong to the faint-hearted. It belongs to the brave” to him learning that line comes from Reagan’s national address following the Challenger Explosion.‍

Viking does not currently have a release date.