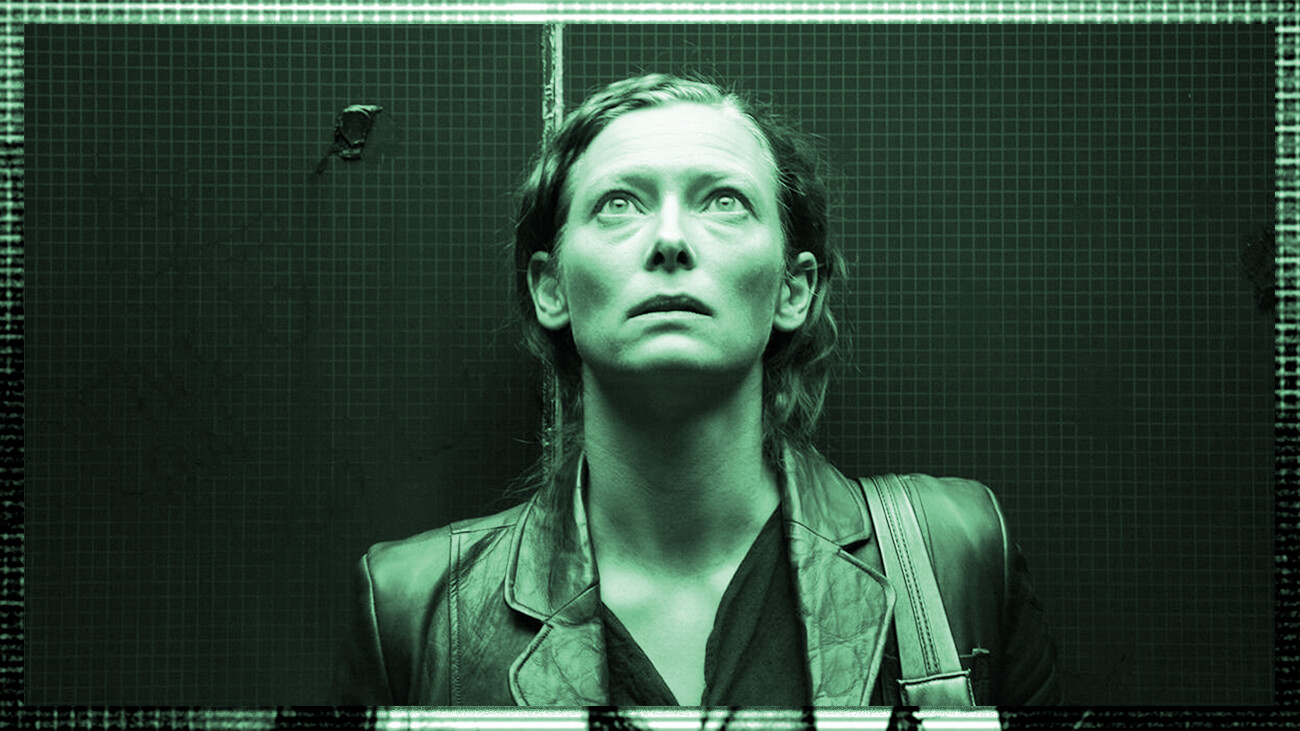 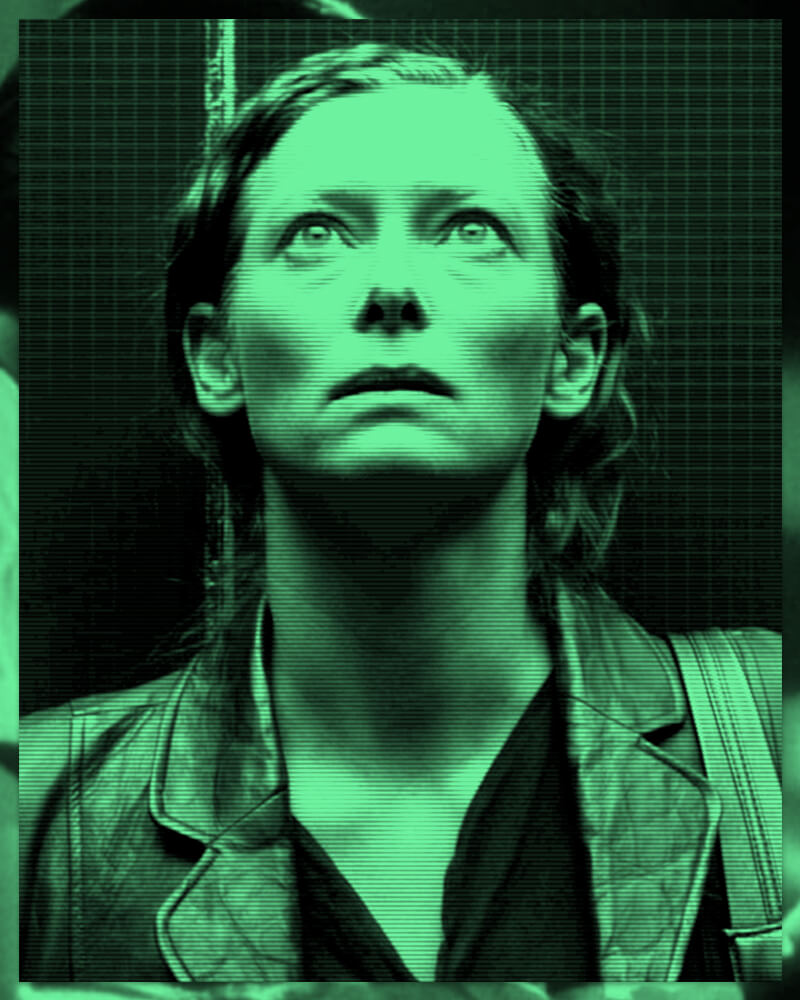 A year after winning the Oscar, Swinton stuns in her performance as a crazed alcoholic kidnapper

he sow’s ear of cinema is “damaged adult redeemed by forced relationship with vulnerable child,” and the silk purse of that dismal mini-genre is Erick Zonca’s Julia, which takes a torch to every heartwarming cliché associated with it and somehow still winds up warming your heart (albeit only in the last few seconds). With the exception of Bad Santa, a pitch-black comedy, no pairing of this sort has dared to make its grown-up so irredeemable and its kid such a human pincushion. Contemporaneous reviews compared it (mostly unfavorably) to John Cassavetes’ Gloria, but Zonca and co-screenwriter Aude Py clearly took their cue from crime writer Jim Thompson, creating a wholly original work in his ardently fatalistic style. They also facilitated what’s arguably Tilda Swinton’s single greatest performance, for which she inexplicably won zero awards—this in a year when Sandra Bullock took home an Oscar for The Blind Side and the tony New York Film Critics Circle chose to honor Meryl Streep’s very different combination of Julia and Child. Indeed, Julia itself has been largely forgotten just a dozen years later, perhaps because Zonca has made only one theatrical feature since (which never got a U.S. release). This is a cult object waiting to happen.

Part of what makes it so electrifying is that Swinton was cast radically against type, in the sort of role that, to be fair to the Gloria redux crowd, would once have seemed tailor-made for Gena Rowlands. First seen stumbling her way through a dive bar, where she picks up a stranger in whose car she awakens the next morning (still in the bar’s parking lot), Julia Harris is a raging alcoholic and all-around fuck-up with no interest in anything but satisfying her basest impulses. After being fired from what’s clearly one of many short-lived jobs she’s worked of late, Julia reluctantly agrees to attend an AA meeting, where she’s corralled by a clearly unstable neighbor, Elena (Kate del Castillo), who’s seeking someone to help her kidnap the son who’s allegedly been taken from her by the kid’s obscenely wealthy grandfather. Julia’s gradual shift from incredulous dismissal to “What if I just kidnap him myself?” is too delectably convoluted to summarize—one of the film’s many pleasures—but she does eventually wind up on the run with 10-year-old Tom (Aidan Gould), making calls for ransom while trying to cope with the many hassles involved in caring, however brusquely and temporarily, for a frightened and bewildered little boy. Despite herself, she turns into a mom.

It’s impossible to overstate how strenuously Julia works to keep this potentially saccharine scenario as spiky as possible. Long before Julia kidnaps Tom (in a scene thrillingly alive to all of the ways in which someone’s dumbass criminal plan can go wrong), Swinton has established her as a dangerously volatile, perhaps sociopathically selfish opportunist—the kind of person you’d want to keep miles away from anyone who’s still puberty-free. Nor does her demeanor appreciably soften for a while, as she repeatedly drugs Tom into unconsciousness and keeps him hog-tied in the corner of a cheap motel room. The nature of the character demands that Swinton do some aggressive showboating, at which she unexpectedly turns out to excel; it’s hard not to laugh when Tom complains that Julia keeps pointing a gun at him, prompting the sarcastic reply “Are you shot?” But Swinton nails the small, subtle moments as well, as when Julia, who initially wears a scary-looking black mask when with Tom, eventually forgets to put it on. You can actually see her suddenly realize why Tom’s more terrified than usual, then quickly decide to calm him down by pretending that she left the mask off intentionally, even though her explanation makes no sense.

Equally remarkable, for those who’d seen Zonca’s two previous, relatively sedate features (The Dreamlife of Angels and The Little Thief), is his gift for sustained tension. Julia runs a whopping 144 minutes, nearly all of them at least suggesting the momentum of a vehicle with no brakes heading for a cliff. There’s only one conventional suspense set piece, but it’s a doozy: Having arranged the drop-off of $2 million cash in a bus station locker, Julia anxiously watches as the bag arrives and then spends a nerve-wracking amount of time trying to determine whether there are undercover cops waiting to pounce should she collect it. Even when nothing overtly exciting’s in motion, Zonca and editor Philippe Kotlarski keep us off balance with cuts that land a few frames earlier than standard rhythm would dictate. On top of which, the film keeps abruptly and permanently switching both location and tone, as Julia decides that hotel rooms are too risky and lugs Tom out to the middle of the California desert (sometimes leaving him there while she heads into town for supplies and errands), then eventually takes him across the border to Tijuana.

That’s the point at which Julia loses some people. What happens in Mexico—it involves Tom being re-kidnapped (sub-kidnapped?) by a gang of career criminals, who then demand a ransom from Julia—admittedly verges on ridiculous, though the details of the racket seem entirely plausible. And it’s during this final act that Julia and Tom develop a sincere bond, albeit one that blends a bedtime cuddle with (a) the fact that they’re both being held prisoner at the time, and (b) Tom’s silent fascination with Julia’s exposed breast as she sleeps (the culmination of a running bit in which her boobs keep falling out of her clothes). Crucially, though, Julia never stops scheming, even as she develops what one might call reverse Stockholm syndrome. Her increasingly desperate machinations toward the end entail convincing the Mexican kidnappers that she’s every bit the amoral nightmare to whom we were originally introduced, which necessarily requires planting doubts in our heads as well. This builds to a perfectly judged reckoning and final exchange, expertly staged across two sides of a busy road as a zillion cars speed past. Julia arrives more or less where you’d expect, but it gets there honestly and arrestingly, and that makes all the difference.

Julia can be streamed for free on Tubi and rented or purchased on Amazon Prime, Vudu, YouTube, Google Play, or Apple TV.

Mike D'Angelo started writing movie reviews as a hobby in 1995 and accidentally turned it into a lifelong profession. Bylines include Entertainment Weekly, Time Out New York, Esquire, Las Vegas Weekly, Village Voice, L.A. Weekly, A.V. Club, and many others. Too many, really.