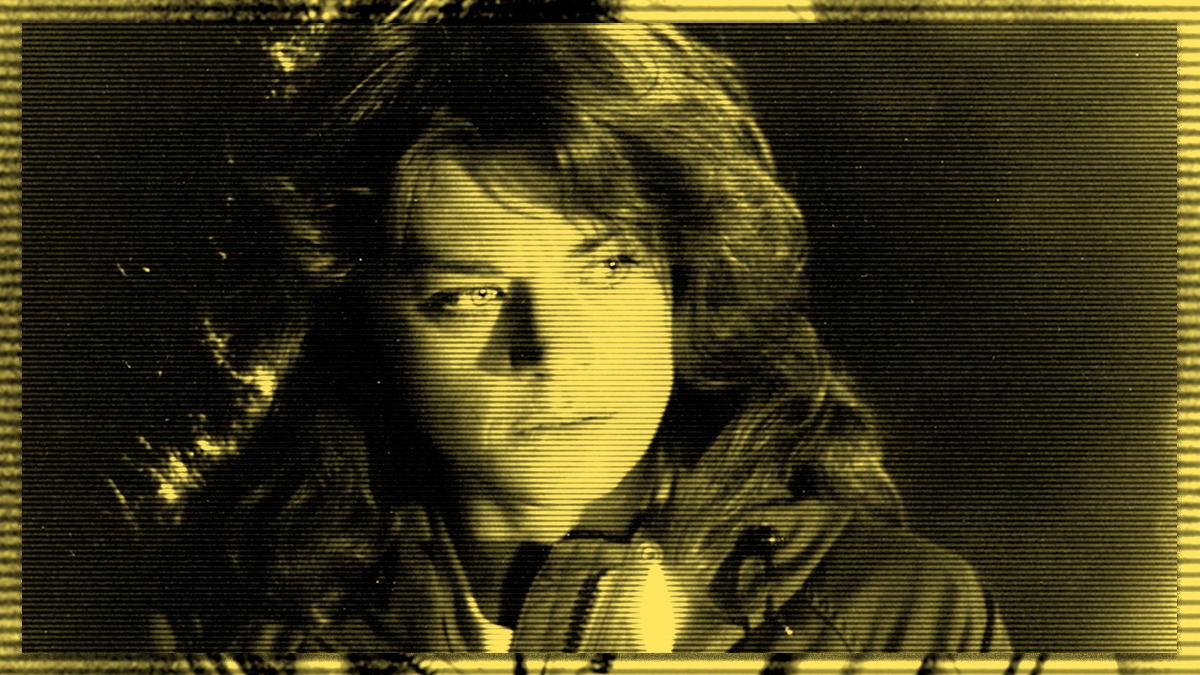 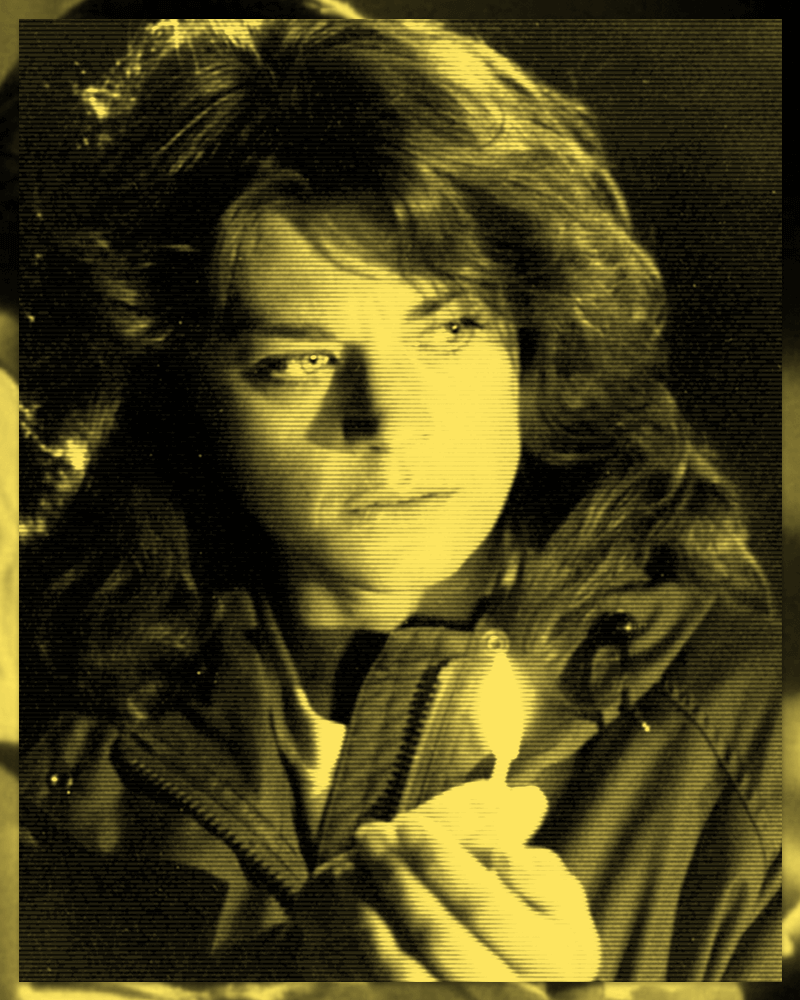 Stay inside and avoid the heat with this zesty, shaggy psychological thriller.

etween the heat and hordes of tourists, summer outdoors is overrated. The best films with which to skip sunburnt crowds offer all you’re supposedly missing out on: gorgeous destinations, comfort, idiosyncratic (but not gratingly quirky) characters, a hint of luxe voyeurism, and most of all, a chance to relax. In that regard, Nico Mastorakis’ thriller The Wind (1986) goes down like a shoreside nutcracker, but with less regret the next day. The film never had stateside theatrical distribution and was recently restored by the good folks at Arrow Video, so you’re enjoying it at superior quality to its original 1987 VHS release.‍

The Wind has the comfortingly familiar plot beats of a made-for-TV thriller, zested with the novelty of exotic locale and Mastorakis’ knack for suggesting a world beyond the screen through odd details. It’s a shaggy slasher of the “Woman Alone In A House” mold. Typically in these films, a woman–already a dubious witness by virtue of being female, also perhaps mentally/physically hampered in some way (agoraphobia in Woman In The Window [2021] and Copycat [1995]; heart palpitations in Sorry Wrong Number [1948]; not speaking Romanian in the upcoming film Watcher [2022])—is too nosy for her own good and spies a crime. The perpetrator then threatens her life as she struggles to survive and be believed. Except Mastorakis has no patience for the psychological part of psychological thrillers, so instead of a Cassandra figure in torment, we get the delightful Meg Foster and her luminous baby blues as confident, resourceful Sian Anderson, whose career as best-selling mystery writer serves her nicely in dire straits.

Poolside mimosas, ’80s postmodern manse, a Goodyear Blimp send-off from a doting partner; Sian’s living an objectively sweet life in the kind of wealth seen among Colombo villains. But feeling restless, she decides to take a break from it all and write her latest book in solitude on the tiny Grecian island of Monemvasia. It’s not as isolated as the film would have you believe; Monemvasia separated from the mainland in a 375 AD earthquake and was reconnected by land bridge in the 1970s. But its name, meaning “single entrance,” is quite literal. Condescending colonialist landlord Elias (played by veteran actor Robert Morley) leads Sian through a desolate medieval labyrinth of narrow warrens to his villa, rattling off the island’s stronghold history in between casually sexist comments. Adding to the off-season eeriness, Elias warns Sian about the island’s eponymous Wind, warning, “It can be strong enough to kill a young bullock or gentle enough to caress a beautiful young lady.” The natural element is an ingenious solution to the oft-asked horror question of why those in danger don’t just leave the haunted house, but unfortunately Mastorakis doesn’t deploy it well. If this film flips the core premise of the Woman-Alone thriller from “isolated by societal sexism” to #believewomen, the wind of The Wind is less impartial raw force and more Family Court slamming a Man Going His Own Way.

That man? A particularly unhinged Wings Hauser as Phil, vagabond groundskeeper who’s pushed too far. Despite something clearly off about him from the moment he snaps chewing gum on screen, this movie taps into Hauser’s everyman charm as much as his skill at playing menacing sociopaths. His weepy, demanding killer is far more frightening than faceless blanks like Jason or Michael Meyers, largely because I’ve been talked at by plenty of six-beers-deep Phil’s. The film’s creepiest moment comes shortly after Phil tips his hand as killer and Sian locks him out of the villa. Calling from the guest house he tells her, “I don’t want to hurt you. I mean, I kinda like you, you know… So why don’t you just…you just keep your mouth shut, be quiet, and nothing happens, alright? Just let me in. Please.”  Her telling him to go to hell is the obvious response, but the film sits with Phil in his frustration, watching how a man works up the froth to justify the shitty things he did, and his quick rage at denial of his version of reality. “Why does everybody make me kill?!” he screams. Later, when a wind-marooned sailor (David McCallum) checks in on her murder report, Sian offers comically calm assurance that “I’m sane. Sane as they come.” The contrast between her composure and Hauser’s blubbering directly recalls Christine Blasey Ford versus Kavanaugh’s maudlin railing, which would be less depressing if Kavanaugh wasn’t a sitting Supreme Court Justice.

Again, Mastorakis isn’t interested in interiority so much as interaction. The dangerous suggestions of Phil and Sian’s first encounter are answered definitively the next moment. Taking a break from her current novel, Sian types out a fanciful scene of Phil murdering his boss. It’s intercut with what’s almost immediately revealed as the actual murder committed by Phil that same moment. Briefly conflating and questioning the reality of the two could have been extended into an entirely different film, but that’s dropped quickly as Phil’s pretense of innocence just one scene later. The Wind is as straight as an arrow in terms of cause and effect, with Mastorakis preferring surface reactions of incompatible people dealing with each other, from the duo at the film’s core, to the lost honeymooning couple whose bloom is already off their rose, to McCallum’s sailor held in dock against his will and the local constabulary both bored out of their gourds. It extends to Sian’s endearing and convenient habit of talking out loud, gently berating herself or reasoning through situations.

The fun of The Wind is in watching Mastorakis’ world-building details and Sian’s ingenuity. (Her outfits are a joy as well: she’s serving comfort looks, from her paratrooper jumpsuit as she watches a body buried, an oversized ’80s shirt/pant combo, and a bright red Carmen San Diego jacket.) I’m definitely not claiming the man behind Island of Death (1976) is a feminist, but The Wind has nuggets of humanity most slashers lack and most gialli intentionally spurn. Even Elias’ Greek-speaking wife who’s killed almost immediately gets thoughtful treatment–photos of her heyday are intercut with her in older age struggling against inconvenience, but she’s clearly concerned enough for her husband (or her property) to check things out in the dead of night. Before she’s scythed.

That combination of tangibility and ridiculousness extends through Mastorakis’ entire body of work. His films have a textural quality the opposite of slick polish, although they’re technically not just competent but lush, saturated with color and using light as genre punctuation. The man has a knack for lensing locations, and not just Greek ones–the best part of Terminal Exposure (1987), his 80s barn-broad comedy/derriere-noir, is his Venice Beach B-roll (the “B” stands for butts)--though you’d be hard-pressed to make Monemvasia’s sweeping vistas and sapphire-blue oceans look bad. Elias, probably quoting Byron, tells Sian, “When I first saw this place I almost had an orgasm.” Don’t misunderstand this as a plea to reclaim Mastorakis as auteur; the man already considers himself one and does not need rescuing. All his films have confident framing elevated by color, and occasionally bolstered further by script. It’s strange that his films consistently get 2-3 stars directly from audiences on the likes of IMDB and Letterboxd, as Mastorakis unabashedly leans into genre with competent gusto. He may not be campy or cruel  enough for genre fans, and too talky and meandering for the popcorn crowd. Fortunately, the scale of your living room couch is just right for The Wind.

The Wind is streaming for free on Tubi and Arrow TV. It’s also available to rent and buy on Amazon Prime, YouTube, Google Play, and Apple TV.

Danielle Burgos is an editor, researcher, and writer for MUBI and Screen Slate, among other publications.