How 'Return of the Obra Dinn' Created a Modern Classic 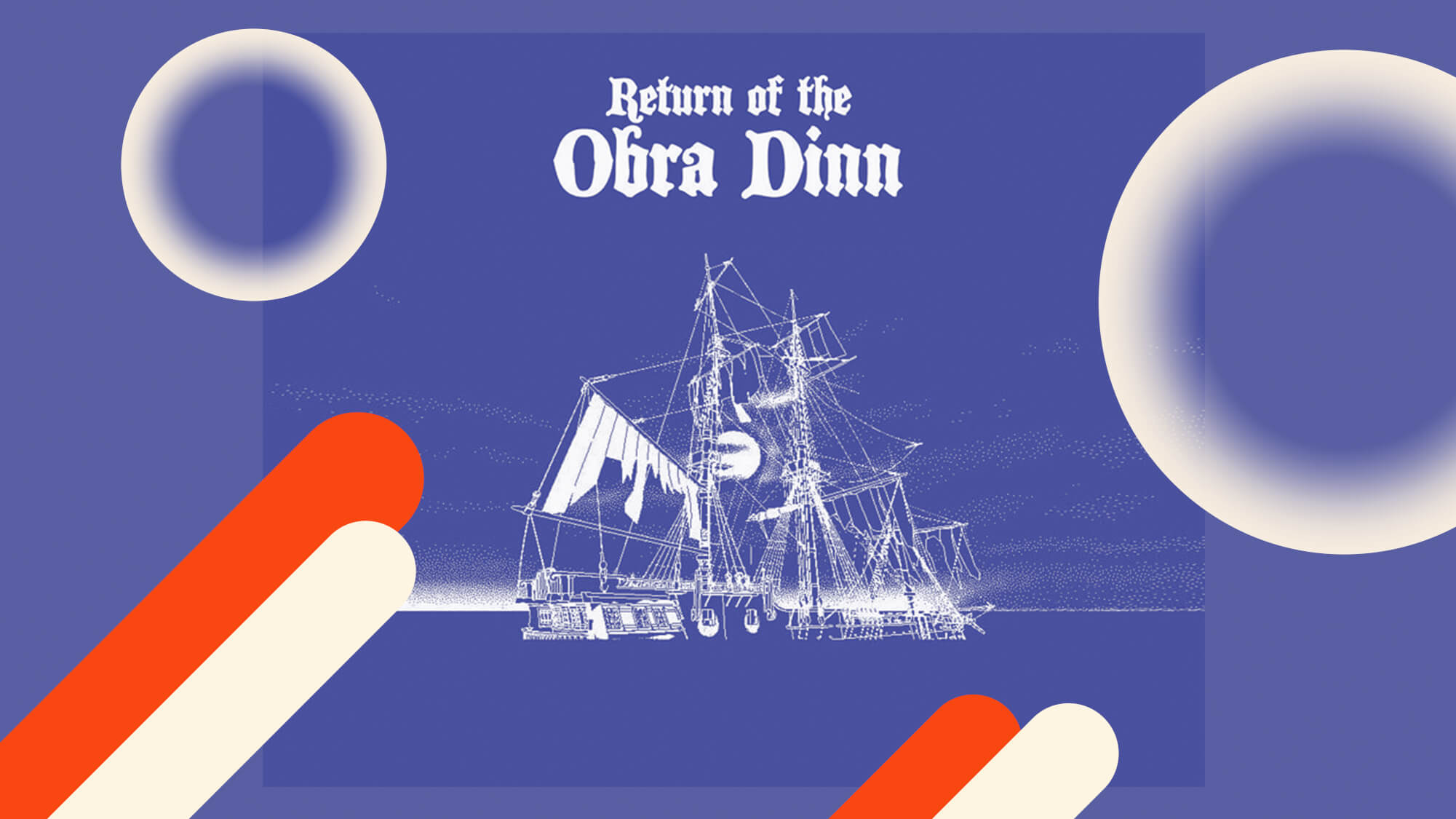 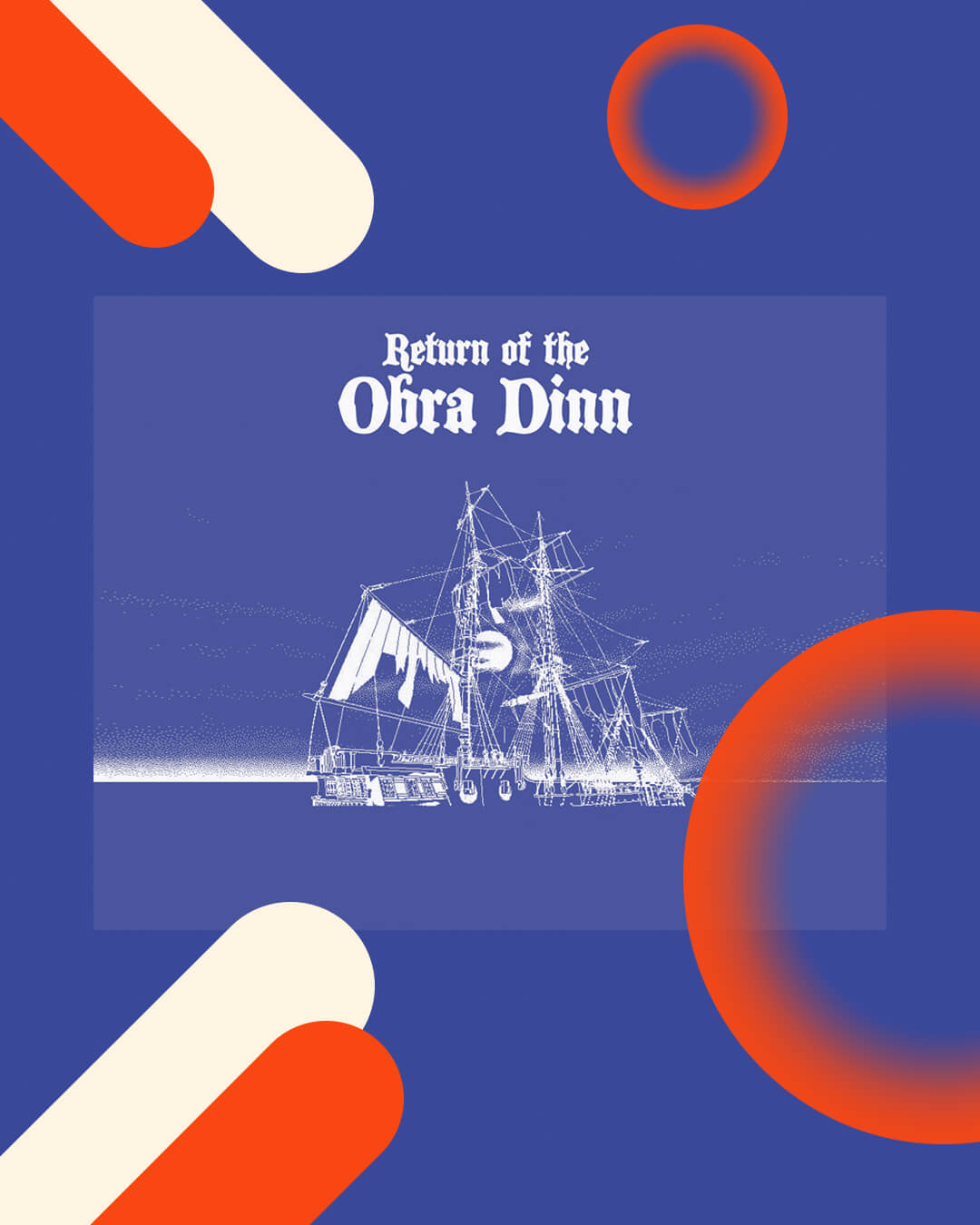 Ignore the grayscale. The Return of the Obra Dinn is one of the most visually rich games out now.

s games have gotten harder and the rising class of competitive esports athletes grows every day, a compelling counter-movement has been afoot. While retro gaming has always been a thing—there’s a Barcade style spot in every major metropolitan city in America—games with a vintage point-and-click design have had a revival. Two point-and-click games in particular—Gone Home and Firewatch—ended up on many game critics’ year-end lists for their respective year alongside more modern fare like Overwatch.

In this spirit comes The Return of the Obra Dinn, which leans into retro game design even more than Gone Home and Firewatch did. Its look is pure MS DOS—it’s intimidating to look at if you’re just browsing through stills on Steam, but once you’re in the game, the animation aesthetic feels much more alive and warm. Like the other games I’ve mentioned, the narrative objective of The Return of the Obra Dinn is to unravel a mystery—a merchant ship, once thought lost, returns to port with every crew member dead or missing. Your character is an insurance officer who must assess what happened on behalf of the shipping company.

Some magical realism enters the fold—turns out, you have a “Momentum Mortem” stop-watch that allows you to revisit the exact moment of each crew members’ death. (Without spoiling anything, let me just tell you some shit went down on the Obra Dinn.) Where a lot of games would really push the structure’s novelty in your face, to equally thrilling and annoying ends, Obra Dinn avoids being too cute throughout the entire in-game investigation. The resources on hand are enough to solve for all of the crew members’ fates, even though you’ll probably need to revisit a couple scenes multiple times.

In a game setup that scans as “oh man, this is going to be twee as hell” Obra Dinn breathes better than Gone Home or Firewatch. Much of that has to do with the design’s robust simplicity; there’s few extraneous elements in Obra Dinn’s presentation. While there’s not a pre-set order in how you tackle the game’s solutions, it’s built-in structure (you traverse the ship from floor-to-floor) makes each section of the game feel achievable and not too overwhelming. You solve five deaths at a time to unlock the next level of the investigation, and even though the puzzle gets trickier, it’s never unwieldy.

While unlocking three mysteries at a time is a savvy concept for managing a game brimming with information, that novelty is only an appetizer for one of Obra Dinn’s greatest contributions—that satisfying-as-fuck sound instaneously triggered by a new batch of three correct journal entries. It’s the most satisfying in-game sound since the Pokemon capture sound, if not the most satisfying ever. It makes a deeply meditative experience—that of perfectly picking out Obra Dinn’s details in order to put together a spotless report on a given crewmember’s fate—into one that’s a full-on serotonin gush. It rules.

Right now, I understand the appeal of the progressive grind—I, like all of you, am also playing a ton of Animal Crossing these days. But Obra Dinn takes hours to play, not days, and is a perfect antidote to the intimidating giant-world games that everyone’s encouraging you to try right now. It’s smart, fun and brimming with an energy that taps into both nostalgia and points the way forward for other narrative-driven games.