The Quarantine Beginner’s Guide to Gucci Mane, One of the Greatest Rappers of All Time 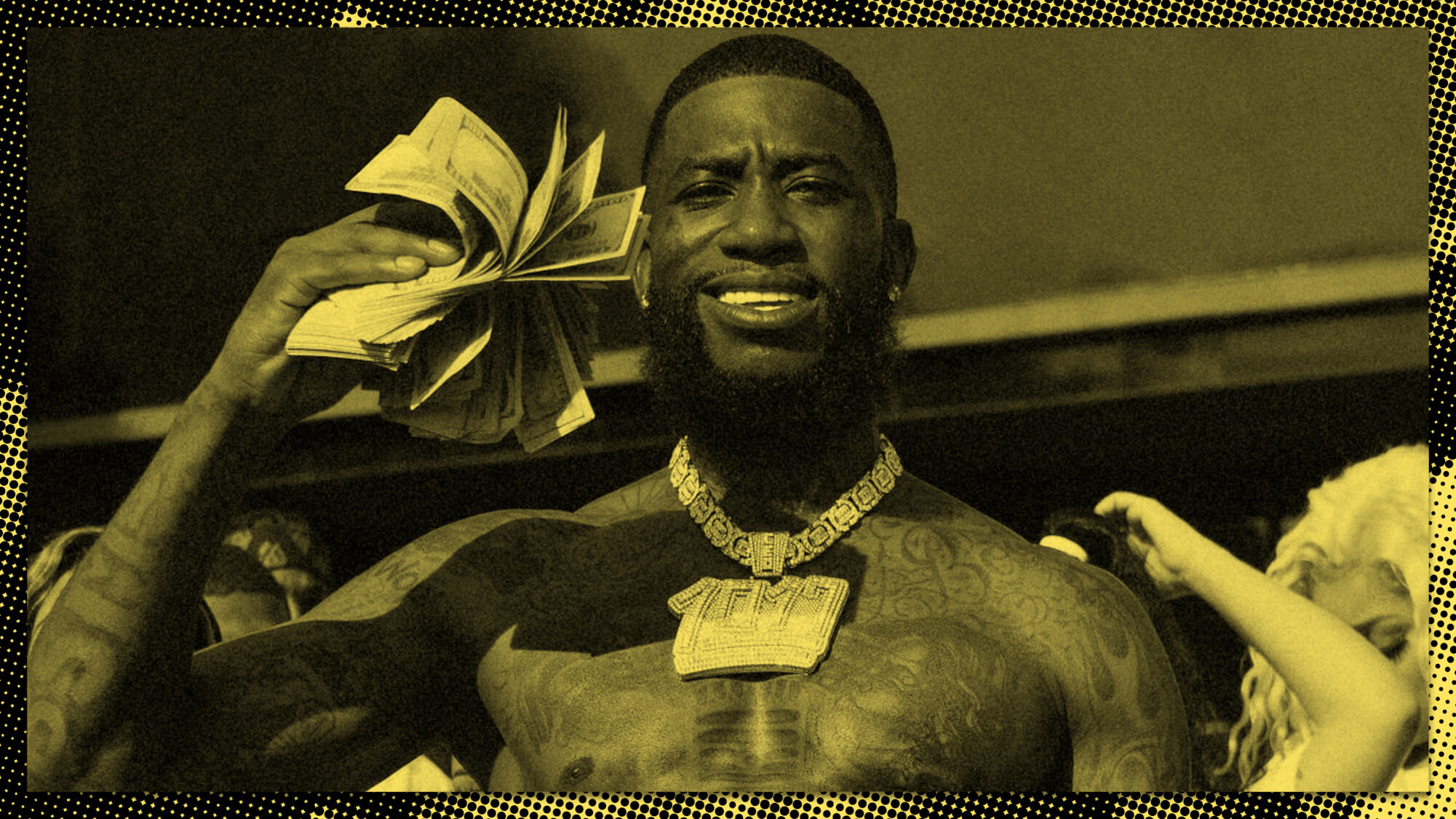 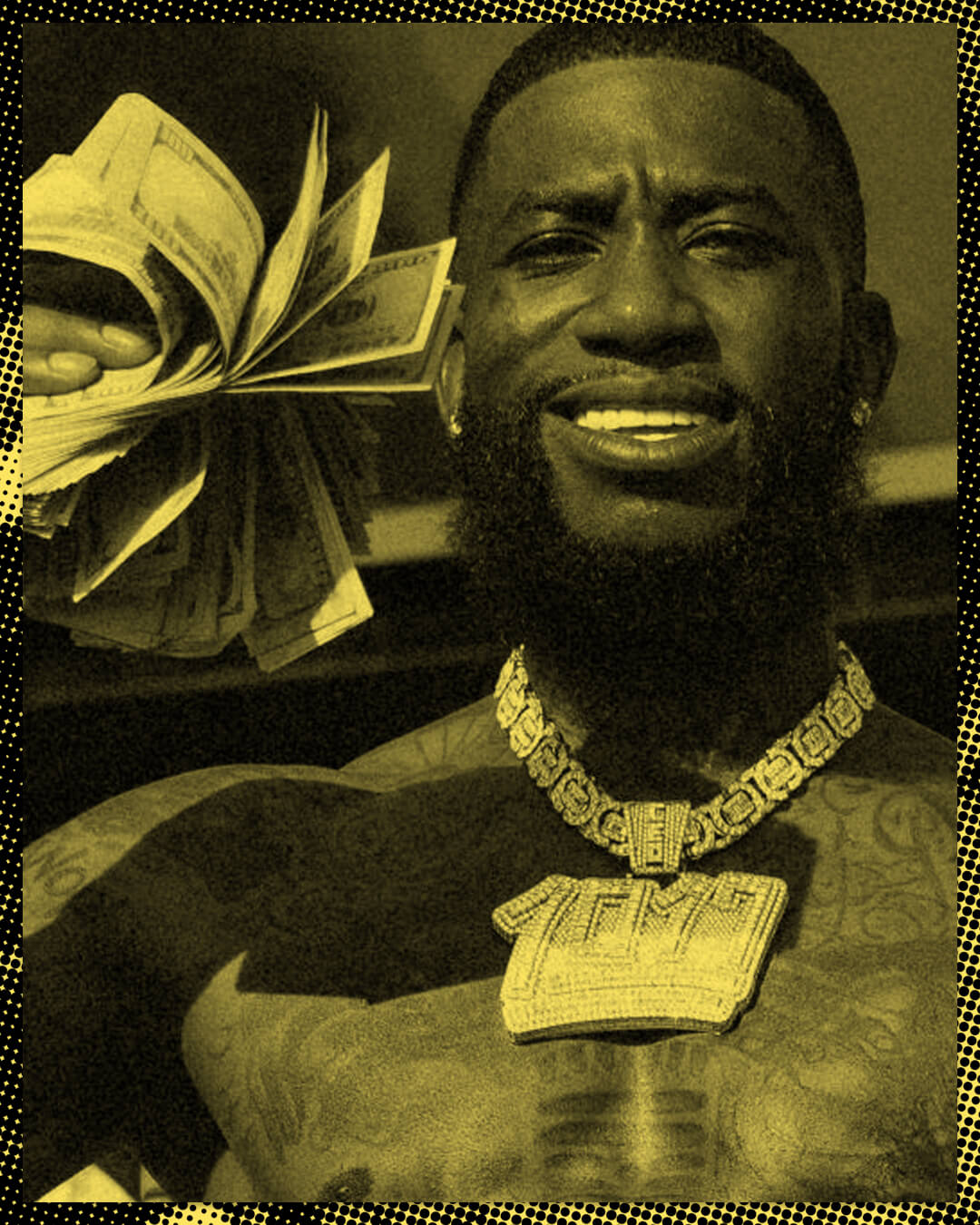 Gucci has, like, a million songs. Here's our guide to the best possible experience with his music.

ap pundits have been anointing new heavy-hitters in the world of Atlanta hip-hop for going on 20 years now. In the 2010s, we’ve heralded Future, Young Thug, Migos, and Lils Yachty, Uzi Vert, and Baby as musical game changers in their city. Someone these hitmakers and oversized personalities have lasted longer than others. (Trindad James will always live on in my heart, though, and in Uncut Gems.) But if you hearken back a decade before the biggest trap hits of the streaming era—from “Bad and Boujee” to “Black Beatles” to “Sicko Mode”—you’ll find the likes of T.I., Young Jeezy, and Shawty Lo busy setting their stylistic template.

No one, however, was more crucial to defining trap music as we know it today than Gucci Mane. At the time he broke out in the mid-2000s, no rapper sounded quite like Radric Davis, a former drug dealer and erstwhile music manager who released his debut single as Gucci Mane (aka La Flare) in 2005. No one was as funny and full of one-liners about stacking bricks and the daily operations of the trap house; no one sneered “yeeeahhh” so alluringly; no one seemed quite as determined. Emerging from the era of ringtone-rap one-hit-wonders, Gucci quickly figured out how to stand the test of time as a rapper without relying on support from the industry or critics: flood the market with product.

With mixtapes that were as culturally significant—and usually better—than his studio albums, Gucci Mane made himself impossible to ignore. He quickly established himself as a self-made mogul who was maximizing profits by releasing digital releases outside of his major-label contracts. In what might be termed his Golden Era (2007-2009), he released 5 albums and 21 official mixtapes. To date—despite spending two years in jail from May 2014 to 2016—he’s amassed a catalogue of 71 mixtapes, not including his 14 studio albums, as well as a slew of several collaborative albums and EPs.

To a Guwop neophyte, the task of separating the wheat from the chaff in this vast sea of 20-plus-track tapes might seem too daunting. Scrolling through his Spotify artist page is dizzying, with official mixtapes up against questionably attributed compilations and dates incorrectly. Since we are sheltering in place, we all indubitably have more sifting time on our hands. Still, a rough guide is a great way of saving you a lot of time on less essential entries—say, 2014’s WW3 and Breakfast/Lunch/Dinner trilogies, which will be remembered most fondly by the people who were there at the time.

Why Gucci Mane now, in the winter—or rather, summer and fall—of our discontent? His best music is some of the most charming, clever, and fun released in the 21st century. Despite his snowballing canonization on the part of mainstream critics, his greatest mixtape-famous tracks will always be underrated unless their best moments get passed on through younger generations. Enjoy the yelpy, funhouse trap music of Lil Uzi Vert and Playboi Carti? You can trace its DNA back past Young Thug to his mentor Gucci. Guwop might have been gruffer and more imposing, but he was never afraid of getting wacky stylistically. This guide will lay out everything you need to make a workout or living-room party playlist of great Gucci Mane songs. This music is guaranteed to reveal Rap Caviar to be what it really is: a watered-down summary of weak imitations of what Gucci was already doing 15 years ago.

The Gucci Mane and Jeezy collaboration “So Icy” was released in 2005, and became the biggest song in their home city. It took two strong but inconsistent albums for Gucci to hit his stride and find his process, though. Chicken Talk is the greatest effort from his formative period—a bridge between Hard to Kill, a studio album which showed the constraints of Gucci working from written lyrics within the studio system, and a bold and prolific new era.

By the time of his hit 2007 mixtape No Pad, No Pencil, Gucci had moved entirely to improvising his lyrics (and hooks) in the studio. The mixtape was an uneven but exciting first experiment. The off-the-cuff approach mirrored that of another greatest artist of the late-aughts digital mixtape craze: Lil Wayne. But unlike the New Orleans superstar, Gucci used only original beats on his tapes. He entered his career with a close association with the producer Zaytoven, who worked at a fast pace and understood exactly what Gucci wanted and would sound best over, and the rapper expected the same from any producer he worked with.

“I just started freestyling because it was quicker,” he explained to Complex in 2012. “There was a huge demand for my songs, for my mixtapes...to do more songs in the day I’d just start saying whatever came into my head.”

Gucci’s greatest releases of his breakout era---2008’s The Movie, 2009’s The Burrprint 3D, 2009’s Writing’s on the Wall—are relentlessly fun and chock full of huge hooks. Despite the gangland context of the rhymes, Gucci is the class clown as much as the don. The off-the-cuff approach resulted in inventive shit-talking, hilarious non-sequiturs (“Corner boy I probably sell more rocks than a rock pit/Tryna fill my shoes is like an armless man with chopsticks”), and sometimes crisp storytelling (“After school snack syrup and four pieces of bread/Granddaddy why your eyes so goddamn red?/’Got a real soft ass and a hard-ass head/Better mind your fuckin manners boy,’ that's what he said”).

Amidst this frantic activity, he also found increasing crossover success on the pop charts, with his 2009 album The State vs. Radric Davis spawning three platinum singles. As much as Wayne’s, 2009 was truly Gucci’s year.

Recommended releases: The Movie, The Burrprint 3D, Gucci Sosa, Writings on the Wall

In 2010, Lex Luger’s backfiring ten-ton trap beats became street rap’s default sound. The studio debut of Gucci’s protege, Waka Flocka Flame, exemplified the trend better than any other single release. Gucci and Waka collaborated heavily throughout that time, with varied results, before sporadic spats led to the two parting ways as friends and collaborators in 2013. With new production trends and fresh voices like Future and Young Scooter rising to prominence in Atlanta, it began to feel like Gucci was following trends rather than setting them. Still, his overall batting average was strong, and the period yielded a few standout releases.

Now the sole head honcho of Brick Squad, Gucci began to release mixtapes beyond the dizzying rate he had maintained for the past six years. These included multi-volume collections that it sometimes seemed like he didn’t have that much of a role in, thanks to the heavy use of features and, sometimes, recycled verses.

One of Gucci’s main pursuits during this time was mentoring younger up-and-coming rappers who he had influenced, and he released collaborative tapes with nearly all of them. These ranks included Young Thug, Rich Homie Quan, Peewee Longway, Young Dolph, and Chief Keef. Some of the choices of guests became increasingly bewildering, including polarizing White Girl Mob associate V-Nasty, former MTV cut-up Andy Milonakis, and Marilyn Manson.

Amidst on-and-off jail stints throughout 2013, Gucci suffered a heavily publicized Twitter breakdown for which he credited his promethazine addiction, and was put away on a federal firearms charge in 2014, without option of release until 2016. Still, the sheer density of the material released before (and during) his prison sentence means there’s plenty of diamonds in the rough.Recommended releases: Trap God II, Young Thugga Mane La Flare, Free Bricks II

Gucci Mane emerged from prison in 2016 nearly unrecognizable, with a cut physique and grill-less blinding pearly whites. He returned to public life with high-profile live appearances, an autobiography, and a string of new albums. Everyone from Drake to Kanye wanted to work with him. His debut, Everybody’s Looking, shows the clearest spark. Today, there’s still a definite appeal to hearing Gucci sounding truly happy for the first time since around 2010.  But for better or worse, he has failed to reassert the live-wire energy that characterized his best music in his post-prison resurgence. The sound he created in the late 2000s is a key element to the now-globalized sound of trap music in the streaming-oriented age, but now it’s become harder for himself to distinguish himself within. Nonetheless, there are some hooky singles scattered across the newer albums that make them worth sampling to find some extra fodder for your best-of playlist.