The Peculiar Warmth of "Lodge 49" 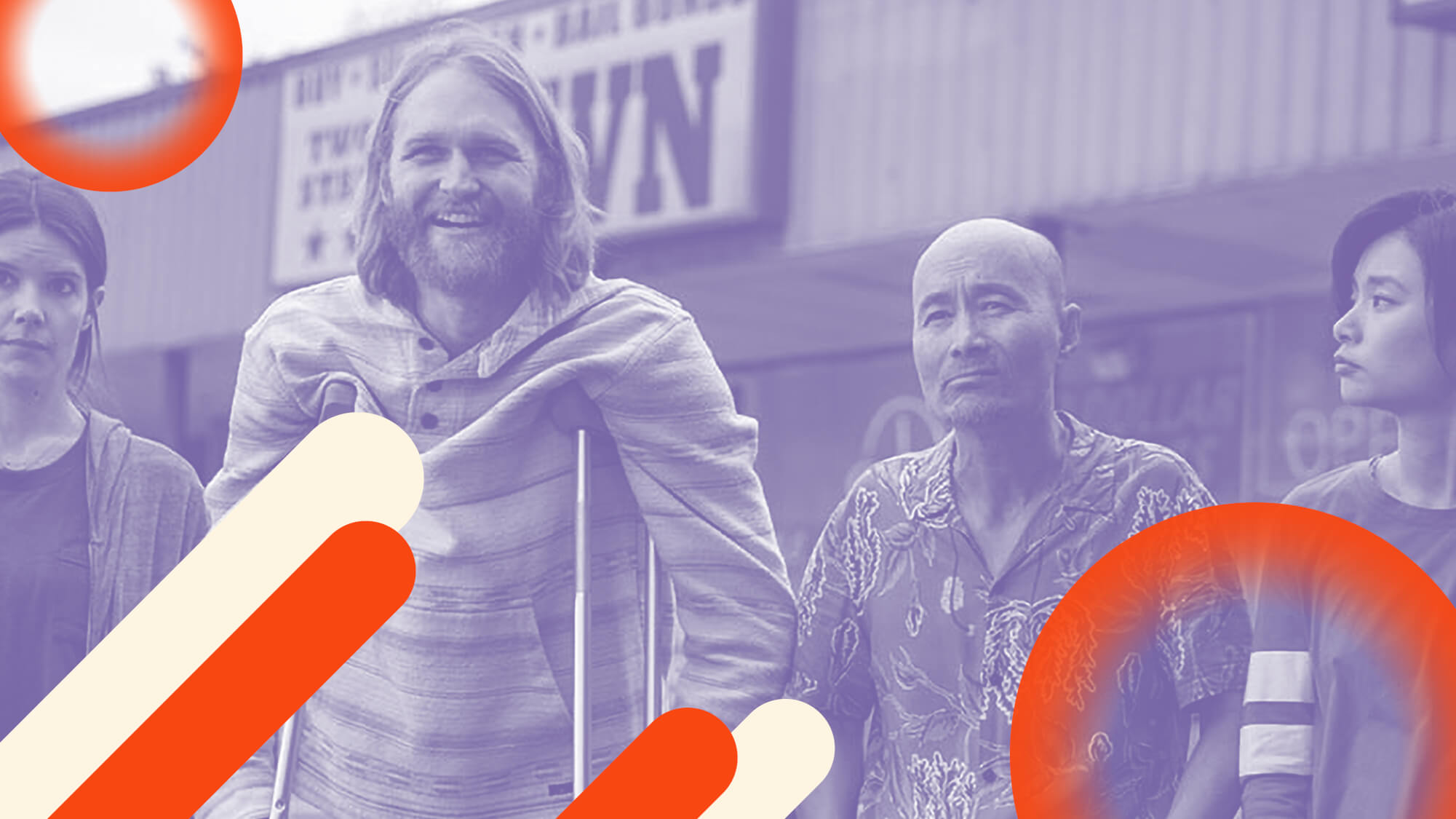 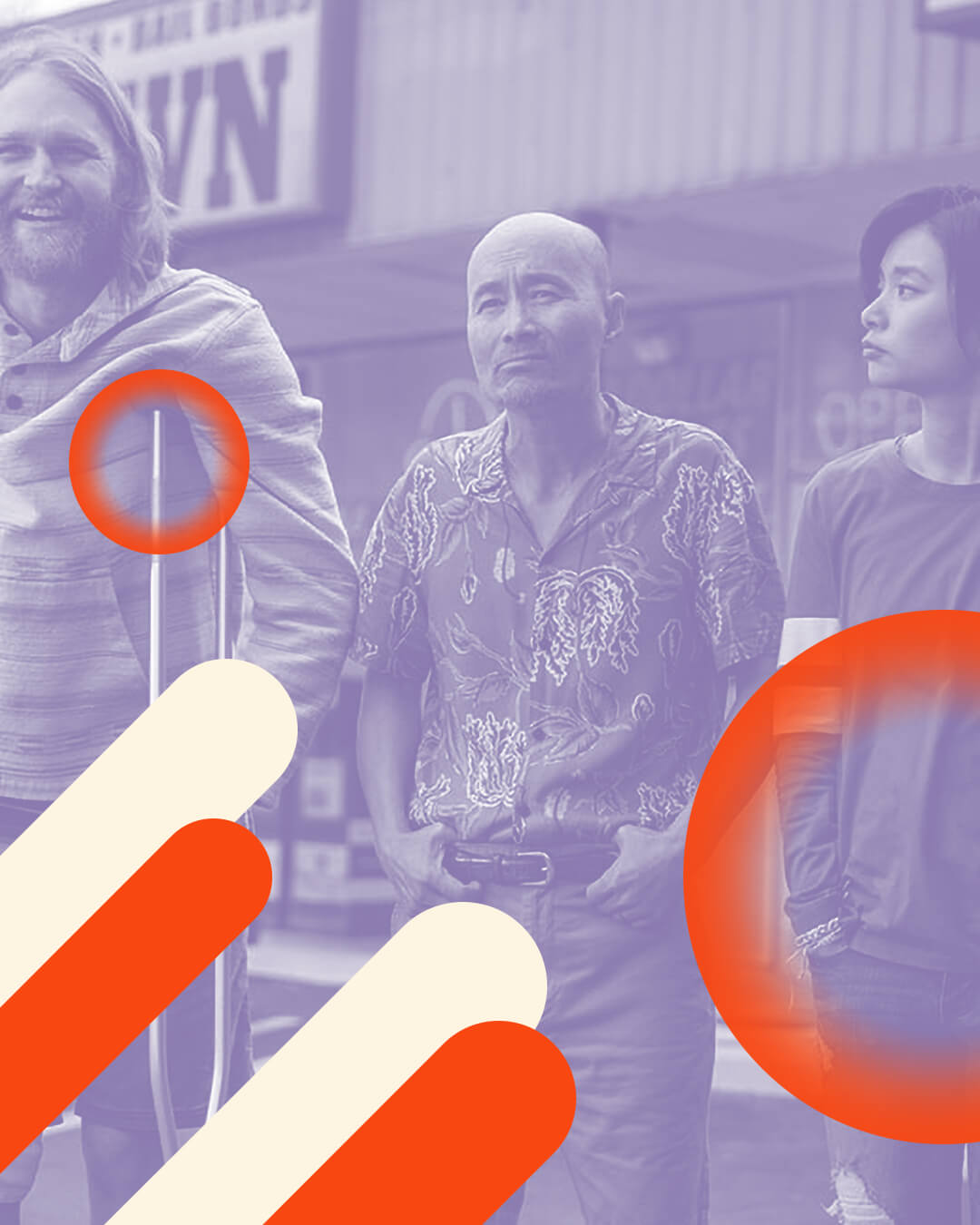 Gone too soon, the Wyatt Russell-starring series is a humanizing and life-affirming gem

he online writing available about the short-lived AMC series Lodge 49 expresses the show’s hard-to-pin-down style. No two pieces of criticism strike the same exact angle, and boiling down the show’s charms into killer social copy is basically impossible. It’s a show that’s easy to miss in a time saturated with essentially infinite TV options. But that’s what I love about it.

To be fair, Lodge 49 is an undeniably peculiar show. It has more in common with far-out episodes of Twin Peaks than it does with your garden variety dramedy, although if you had the sound off you might not be able to distinguish it, visually, from Netflix-core fare like Orange is the New Black. The protagonist, Sean “Dud” Dudley (Wyatt Russell), is an injured surfer, a seemingly un-ambitious everyman whose father’s death has stripped away his lens on his own identity and essentially ended his carefree existence. His sister—Liz, played by Sonya Cassidy—is Dud’s twin and only confidante, a hyper-intelligent low achiever with an unquenchable thirst for self-destruction. The show revolves around their chemistry and decency, and they’re the two characters that give the show its signature rhythm and pace.

But the show is so much more than a family drama. For the so-called “least aspirational show on TV,” it accomplishes quite a lot. Here’s a partial list of subjects the show touches on: family, mysticism, community, the failures of “conventional wisdom,” corporate tact, trauma, suburbia, the value of ritual, aging, personal mythology, mental health, California as a concept, drugs and in-ground pools. Admittedly, it’s a show that requires a little sitting in to get used to (insert suburban pool analogy) but once you’re in, Lodge 49’s warmth washes over you.

For a show where almost all of its characters are failures—and the idea that everyone is more or less faking it is baked into the show’s major themes—Lodge 49 is a life-affirming show. Its women—Connie, Liz, Jackie Loomis—ground the show in their forgiving rational approach to life, while the men all go off to do increasingly insane things. (A particularly rambunctious Paul Giamatti cameo in the second season really sends that point home). Unpacking this might make the show seem unwieldy, and hard to follow—but I assure you, it’s not. Your attention can even lapse for a moment or two, as if that’s sort of the point.

Though Lodge 49’s story won’t continue—it got cancelled after season two’s finale aired—resolution was never the point. The Ancient and Benevolent Order of the Lynx is not the Dharma Initiative. Lodge 49’s charm is in its looseness, taking extremely sharp touch points like Thomas Pynchon’s The Crying of Lot 49 and making those references approachable.

In the end, the show’s energy revolves around Russell’s Dud, a ruthless optimist despite the fact that every aspect of his life is falling apart. Lodge 49 is about a family having to learn how to see themselves again now that their old life has dissolved around them—in that way, it’s remarkably relatable and approachable for a show about mysticism. Sure, there’s some clever stuff in there about humans’ obsession with alchemy, and a couple characters even craft a scheme involving the lodge’s sacred documents and BitCoin. But the show is about looking for answers, even if you don’t really believe in them. The road trip is more important than the destination, and that tension is what makes Lodge 49 one of the warmest and most lovable TV oddities in some time.