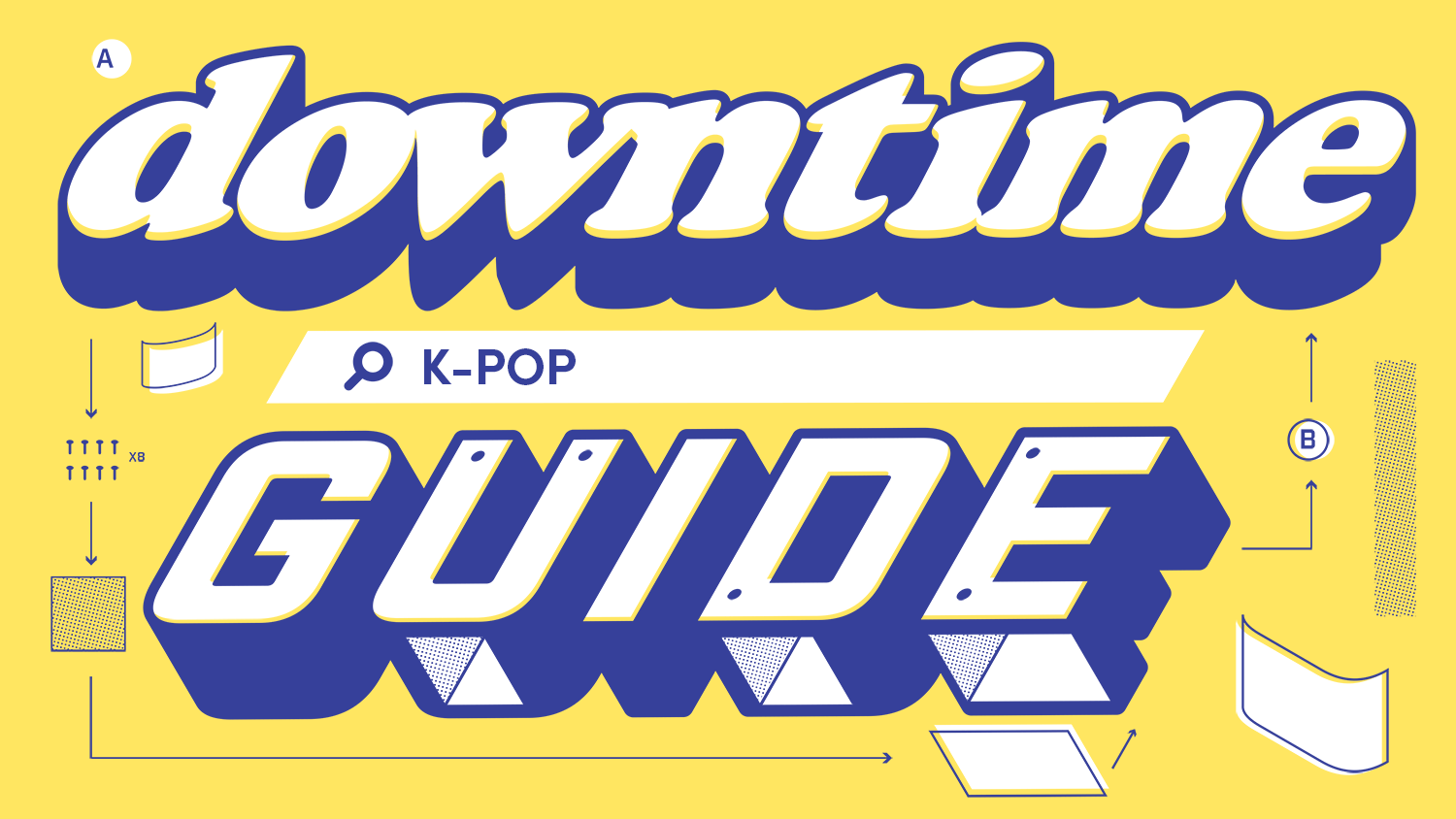 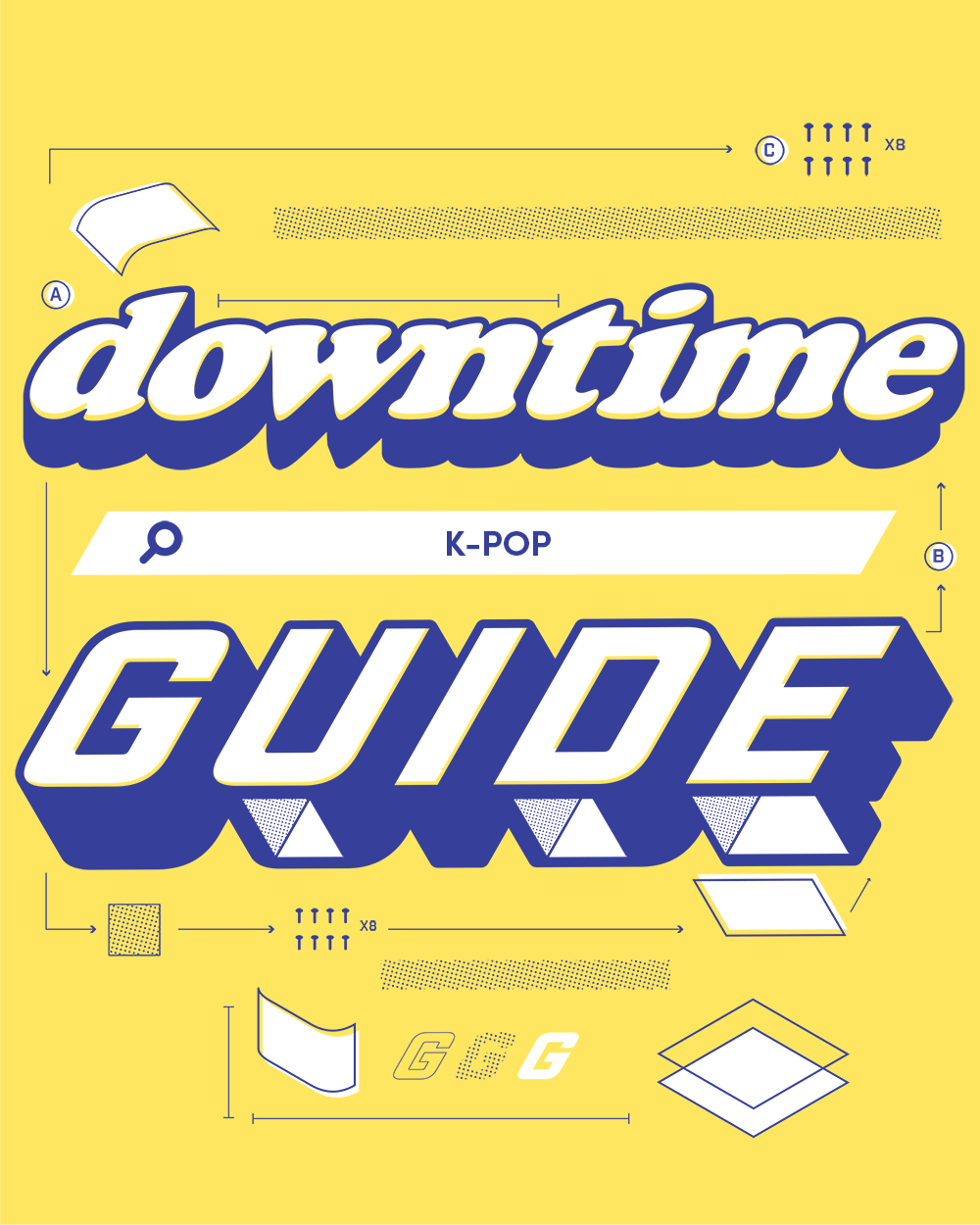 K-pop is an incredibly rewarding genre to dive into. Here's some ideas on where to get started.

had made it through the first seven months of pandemic, six months of sharing a house-turned-workspace with a parent, a series of mass protests against police violence and a depressive break spurned by those protests, when I realized that the presidential election was going to break me. My brain was at its maximum capacity of stress and I couldn’t escape from the election talk, either on Twitter or in my house, where my mom was mainlining MSNBC. I was flailing until I discovered the ultimate distraction: BTS’s NPR Tiny Desk.

The performance was my first time seeing K-pop outside of late night and awards shows. It was my first time paying attention to K-pop, seeing it without the lens of foreignness, with late night hosts getting their names wrong and the cameraman focusing more on the screaming girls in the audience than the performance. Even though there was no choreography or audience, it was an amazing performance, and BTS were having so much fun with it. It reminded me of the fun music times that the pandemic had taken away from me: listening to new releases while sitting in traffic, or singing along to an entire musical on a road trip. I’d nearly forgotten what fun was.

One thing led to another, and before I knew it, I was a full-on BTS fan, a member of ARMY, their fandom. I filled all of my time when I wasn’t working with BTS: their music videos, old concerts livestreams, variety shows, travel series, animation clips of their branded plushies. On election night I locked myself in my room and binged their lo-fi reality show In the Soop--and then I finished it over the course of that week as the returns slogged in. But by then, K-pop wasn’t just a distraction to me. It’s become a way to return to my joy center, the un-ironic sensation of wonder and optimism that I can only access when I sing, or dance, or fangirl over pop culture.

Now I’m a fan of multiple K-pop groups, and the genre as a whole, plus a couple of k-hip-hop and k-R&B groups. As a music lover, the production choices are always interesting and there are multiple callbacks to earlier areas of popular American music; K-pop just finished a whole disco phase this past year. As a dancer, the routines range from easy to learn and catchy to very difficult and constituting a whole high-intensity workout. Even though I don’t know Korean, the English lyric translations are readily available and read like poetry. I’ll look up the translation of a song and fall in love with it more for the general meaning. My Korean singing sounds like gibberish, but now I’m learning the language and slowly improving. Also, I enjoy getting to know the group members’, or idols’, personalities; each group puts out hours of behind the scenes clips and does livestreams so fans can get to know them on another level.

Learning about K-pop and the Korean music industry was a bit of an uphill battle in the beginning. Besides the language gap, the industry also operates differently and has its own vernacular and customs. I ended up discovering most of my favorite groups and getting a sense of what makes K-pop different from American pop through YouTube. The groups themselves and Korean shows have started regularly including English subtitles as the genre gets more popular globally, and American fans have taken to the platform to make explainer guides to their favorite groups, rate each month’s comebacks and post k-pop commentary.

Though the interviews can be awkward, U.S. late night show appearances are a great way to get a sense of a group’s style. Since the pandemic, more K-pop groups have gotten the chance to appear on U.S. shows through virtual performances, and they’ve been going all out, offering really creative stages. If you are inclined to watch an interview or segment too, The Late Late Show has done some fun ones, including Flinch and Carpool Karaoke.

If you want to see the full production capabilities of K-pop, watch some of the year-end Asian award shows: MMA, MAMA, MGMA, SBS Gayo Daejeon, Golden Disc, or Seoul Music Awards. These performances can be as long as forty minutes, and the biggest groups will bring in giant statues, live animals, and hundreds of back-up dancers for one group. If you can make it through the four-plus hour run time (and the time zone difference), you get a sample of the most popular K-pop groups and soloists performing at their highest effort.

The most common criticism I see of K-pop on Twitter, besides “it’s girly/immature,” is “you can’t understand the lyrics.” But translations of K-pop lyrics are super easy to find. Even if you don’t look up official translations or use Genius, there are multiple fan translators with blogs, Twitter accounts or YouTube channels who will translate their favorite group’s content. There are some YouTube accounts, like Jaeguchi, Lemoring, and Zaty Farhani, who post songs with both English translations and the romanization of Korean translations, to help with karaoke. But heads up, if you’re streaming to help the groups get on music charts, those don’t count.

K-pop fan creators on YouTube like ranking songs and performances, mostly as a way of sharing enthusiasm. There are so many K-pop groups that the smaller ones can get lost in the shuffle, so the videos are another way fans can shout from the rooftops about their favorite songs. Also, these videos are another way to hear a sampling of most K-pop groups in one place. For the past two months, I’ve watched as many “My Top K-pop Songs of 2020” videos as I can to discover more artists.

Also, “My top” videos are a good way to learn more about the K-pop vernacular and the specific elements that get you interested in the genre. Drawn toward intricate choreography? Look up “favorite choreography” videos. Find yourself humming cute songs more often? Try “best cute/quirky concept.” Want to avoid the cute songs at all cost? Search for “nest mature/elegant concept.” Don’t understand what a concept is, or what all the talk about different “generations” of K-pop is about? If you look up a random term, most of the time there will be a “best of” or “my top” video.

In K-pop, getting to know idols’ personalities is a big part of being a fan. It’s like half the job of a K-pop idol is to be a musician and the other half is to be a personality. Each group typically has their own variety shows, where they play random games or do challenges to entertain the fans. If you don’t want to dedicate hundreds of hours to watching all of a group’s content), there are tons of fan-made compilations of clips from the shows. Some of the clips become so popular that they become memes that both the fans and the members themselves reference.

How a tiny horse walked into a family's life at the perfect time.
Jessica Stolzberg