The Downtime Guide to: Buying a Next Gen Console 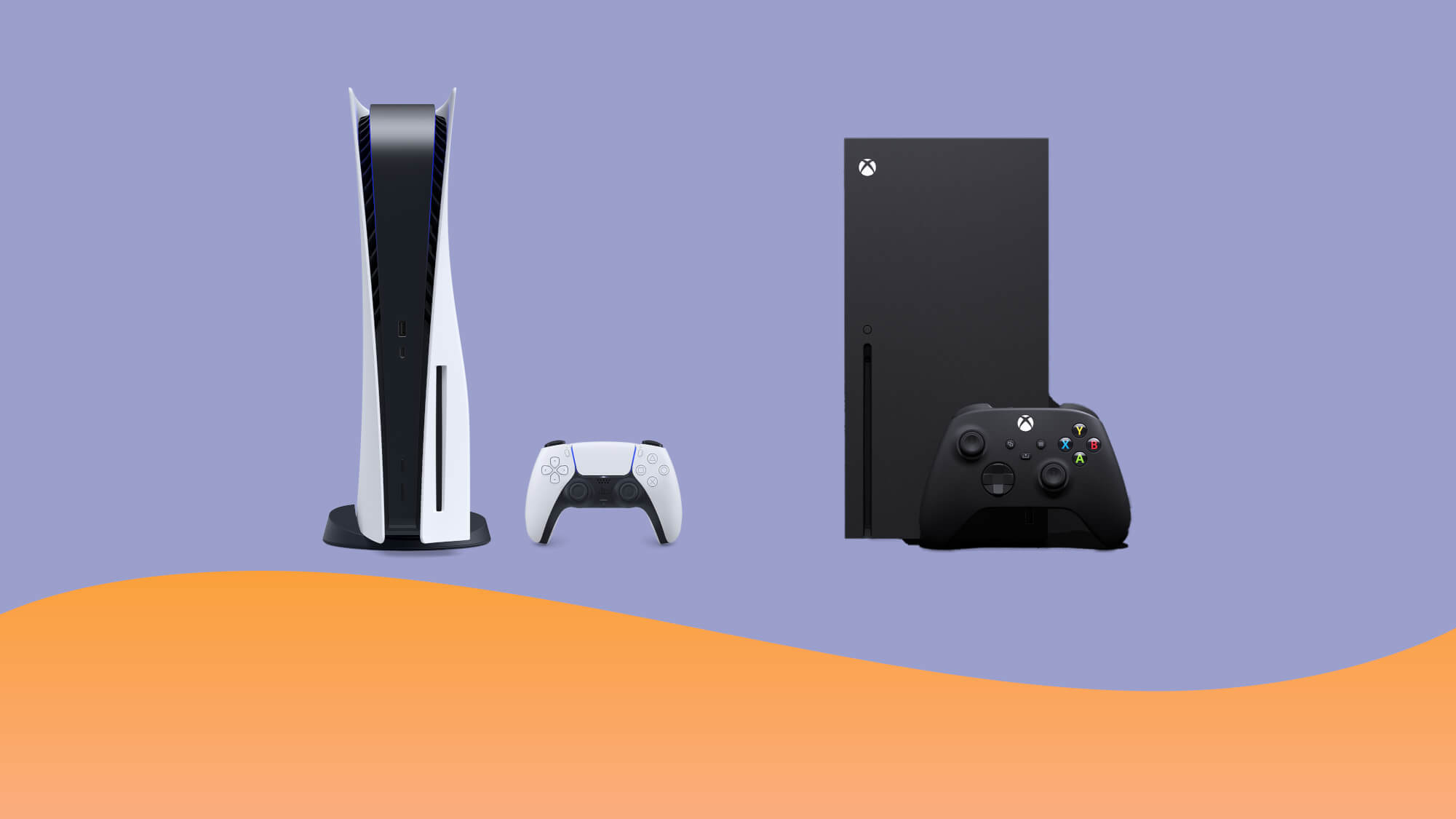 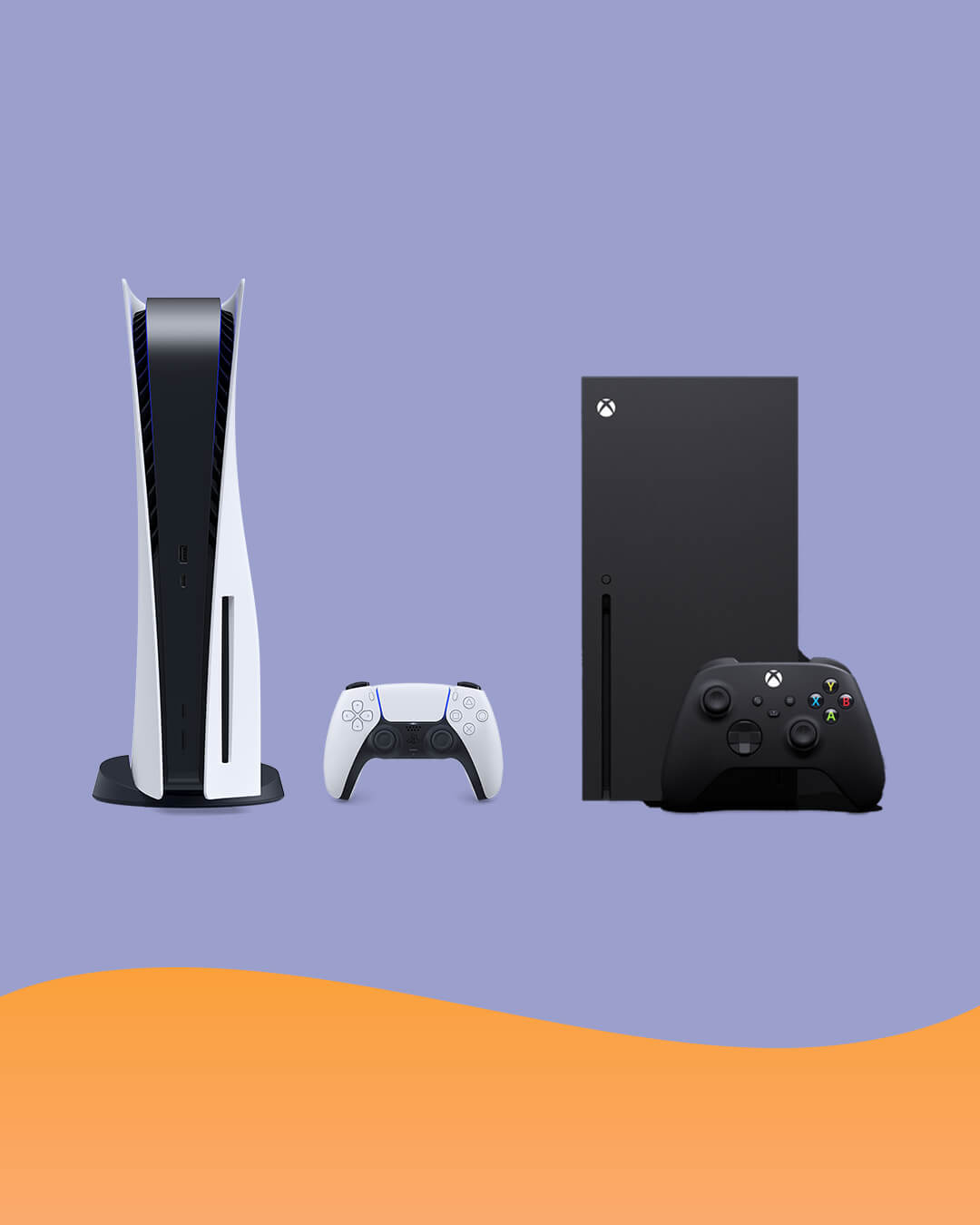 Figuring out which console to buy is... very confusing right now. We're here for you.

t’s an event that only happens two or three times a decade. No, I’m not talking about the election (but, please, vote): the next generation of gaming consoles is upon us.

It’s no coincidence that the arrival of next-gen consoles always lines up with the holiday season, instantly expanding the number of scenarios in which one is willing to put down hundreds of dollars on the latest equipment to play the latest games. Perhaps you’re a weary parent looking to placate your childrens’ demands (we’ve all been children, after all, and we know how demanding we can be). Maybe you have a gamer in your life—a partner, a family member, a friend—and you’re looking to surprise them with some brand spankin’ new technology. Or perhaps you’re looking to give yourself the greatest gift of all: a new video game system as self-care. Hey, you’ve earned it!

Either way, buying a new video game system is more complicated than ever. It’s more than just the games at this point—you need to know what you’re buying in a very literal sense, down to the tech specs and whether it even makes sense for you to purchase a next-gen console to begin with. Fear not: we’re here to help you make the most educated decision. Let’s take this step by step:

What are my options?

If you count all the major consoles available on the market right now, there are quite a few roads you could go down. The newest consoles dropping this holiday season are the PS5 and the Xbox Series X, but it’s not quite as simple as that: there’s two versions of each coming out, one with a disc drive and one discless. To make matters a little more confusing, the two versions of Xbox Series X have different names: the name for the one with the disc drive stays the same, but the discless edition is called the Xbox Series S—which is different from the Xbox One S, the lower-priced version of the current-gen Xbox One console.

And about those current-gen options: the Xbox One S is still on the market. (The Xbox One X, which is the high-performance version of the Xbox One S, is no longer being produced as of this summer—same for the Xbox One S digital edition, a discless version of the Xbox One S. I know, they made this very confusing for no real reason. Don’t shoot the messenger) There’s the PS4 and the PS4 Pro, the latter of which possesses stronger tech capabilities. Then there’s the Nintendo Switch and Switch Lite, two iterations of Nintendo’s much-loved and often hard-to-find hybrid handhole-home console.

How much is this going to cost me?

I will be playing until the sun up

Good question, seriously. No video game system is worth going broke, so you gotta know how much to budget for here. OK, here goes:

Wait—why do you keep telling me about next-gen consoles?

Well, honestly, it’s because I’m not really sure you need a next-gen console. If you’re anything below an extremely serious gamer who needs the best, the market is such right now that a PS4 or Xbox in any of their variants should suit you just fine. (With the Switch, you obviously have no choice in the Nintendo realm, but given how the Wii U turned out, that’s for the best at the moment.) There will still be plenty of games coming out for the systems for at least a year or two (if not more), and both have an impressive library that count some of the greatest games ever made. I’m not trying to convince you otherwise, but just really ask yourself whether you need to splurge on a first-year new-gen console when a cheaper current-gen (never mind the even lower-priced refurbished consoles that are plentiful on the market) will do you just fine.

OK, cool I’m sure you’ll be happy with one of them!

Thanks. So, which one?

So: the PS5 will have a beautiful-looking remake of Demon’s Souls, which—given its connection to the notoriously difficult Dark Souls franchise—will probably be very hard. You can also get the cute-looking platformer Sackboy: a Big Adventure, and the Twisted Metal-meets-Rocket League crash-’em-up Destruction All Stars.

The Xbox Series X launch lineup is a little thinner than that—especially now that Halo Infinite has been delayed until next year. The big marquee title will be Yakuza: Like a Dragon, which has already been out in Japan for nearly a year, along with Tetris Effect: Connected. LIke the PS5, there are a lot of cross-console games coming out with the Xbox Series X as well (such as Spider-Man: Miles Morales, the PS5 title and next chapter in the Spider-Man saga kicked off by the excellent 2018 game that will also be coming out on PS4), and you can get a good number of these games on other current-gen consoles too, so we’ve chose to exclude those for simplicity’s sake here.

Let’s run this one down real quick without talking about teraflops and stuff I don’t even understand:

Tell me about the online capabilities.

Well settle down! We’re just talking about video games here. Listen: No matter what you get, you’ll be happy. I mean that. If you were so particular that you already knew, you wouldn’t be reading this anyway. Just remember that video games are supposed to be fun, so stressing out about buying one kind of defeats the purpose of buying a video game system. Do your research, get the thing, and just have a great time. It’s what we all deserve.