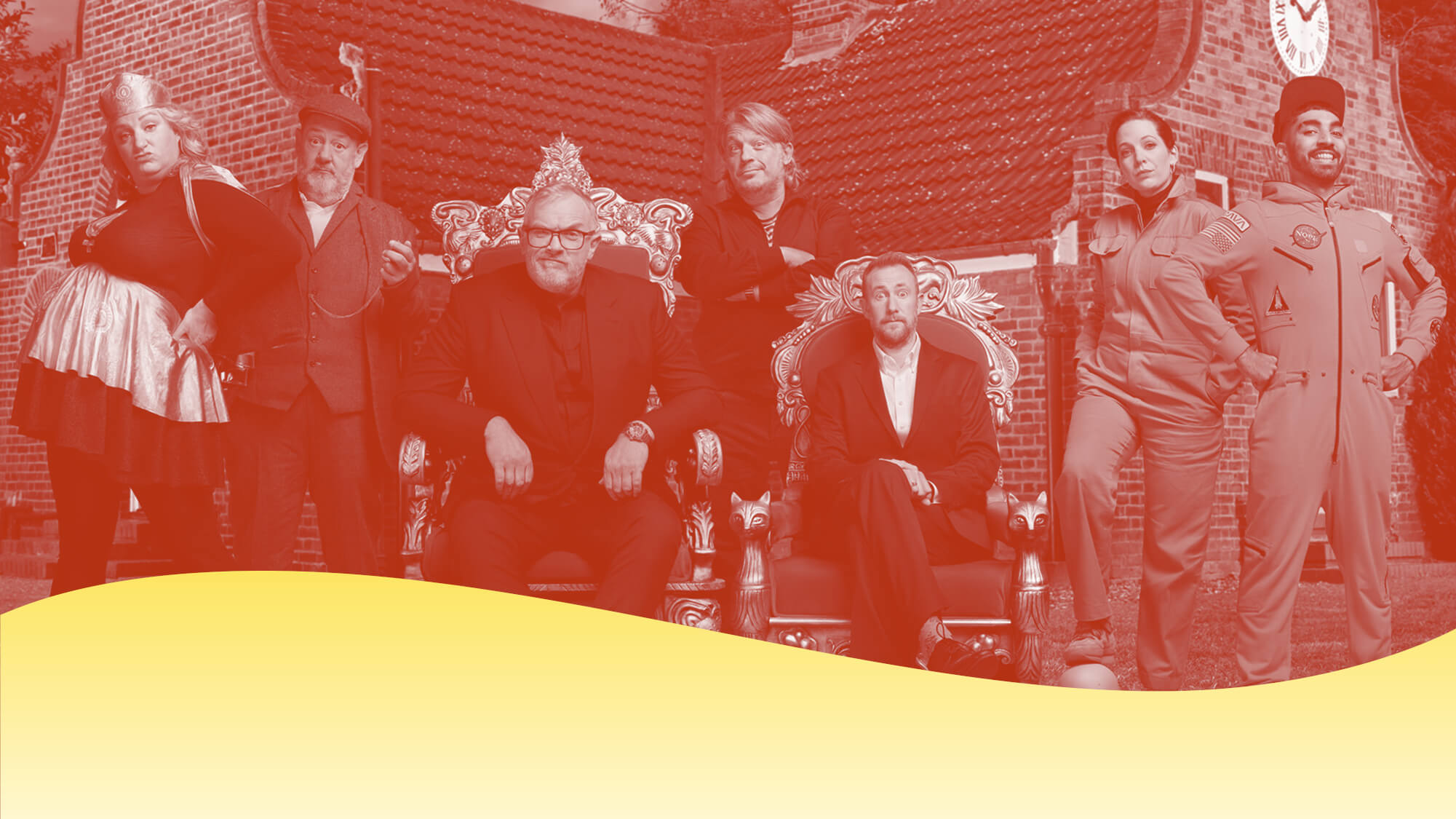 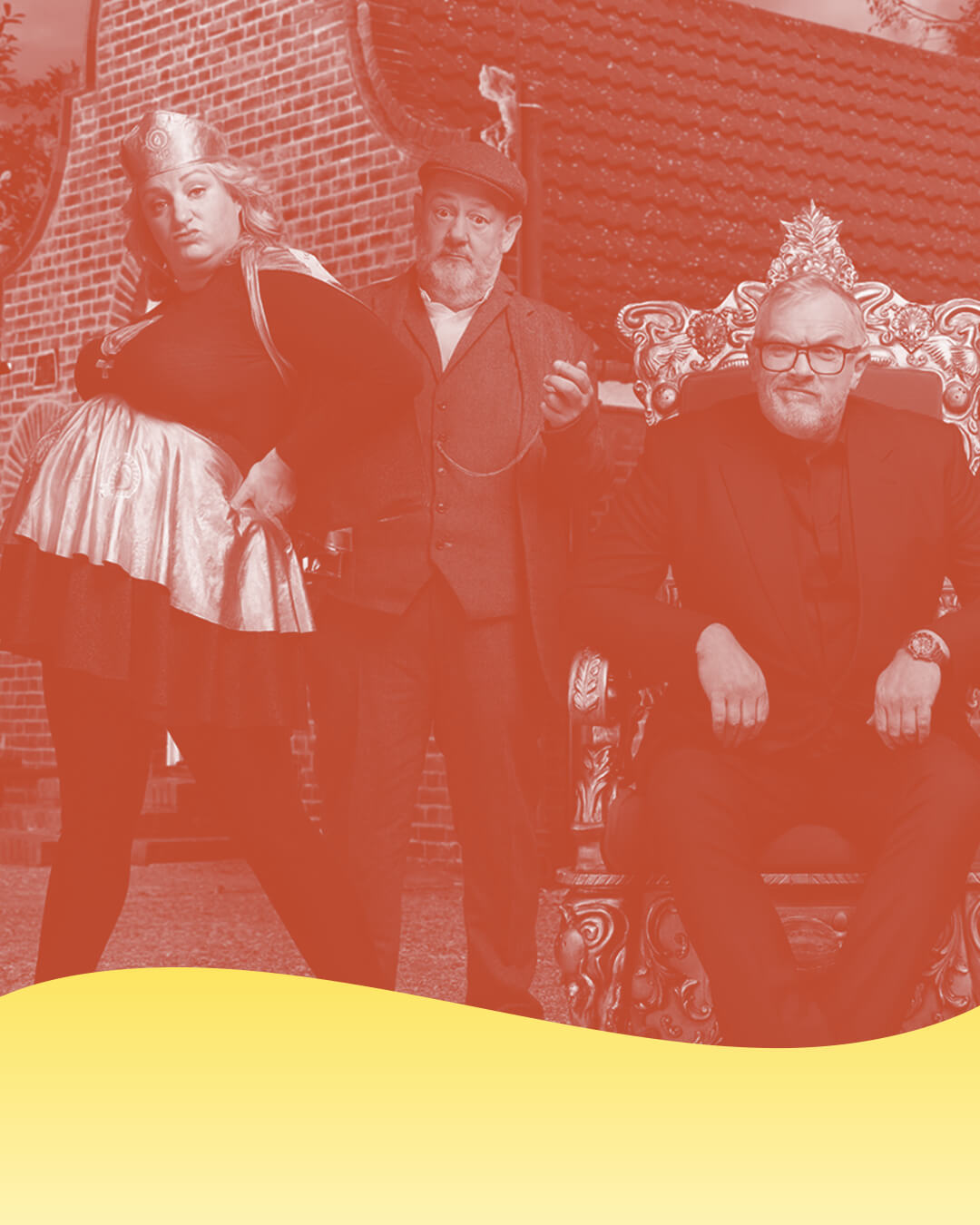 A love letter to the least aspirational game show ever made

There comes a time in every anxiety-prone person’s life when they run out of episodes of World’s Most Extraordinary Homes.

One may think, “I should probably teach myself to code or finally start that Etsy shop my brother’s girlfriend suggested when she saw the jaunty tartan cape I made my cat.” Okay, clearly I’m talking about myself, but from Below Deck to yes, even your problematic fave Great British Bake Off, the overall notion remains. Our ambient TV is steeped in the same late-capitalist hustle culture that reinforces the exact societal ills we’re looking to escape. But in a sea of glitz and grinding, a low budget utopia calls out from across the pond. So put down that Squarespace template, silly American. Taskmaster is here to remind you that rote productivity under the guise of self-fulfillment is the thief of joy!

The show, which premiered in 2015 and is now airing its 10th season in the UK, is basically a mix of classic British panel shows, the late nineties PBS hit Zoom, and a modest dose of mushrooms. (Hot tip, nearly all of the series’ episodes are available in full on YouTube.) Each season features a set of five comedians like Nish Kumar and Aisling Bea competing in a handful of tasks as they wrack up points from the Taskmaster, Greg Davies. The person with the most points at the end of the season wins the grand prize. I know what you’re thinking  — “that sounds a lot like every competition show. How is this any different from Chopped or Flavor of Love 2?”

The thing that makes Taskmaster both unlike American reality TV and inherently magical is its complete lack of aspirational content. The tasks are nonsensical. Examples include: “do the most surprising thing with a rubber duck,” “get to a microwave in as few steps as possible,” “fill an egg cup with tears,” and “perform the best stunt using a wheelbarrow.” The majority of these tasks occur offsite at the Taskmaster House, which is a relatively average house located in what appears to be the UK’s version of Akron, OH. Points are awarded by Davies in a scoring system that can only be described as fully lacking objectivity or reason. Plus, the rewards are futile, with each episode’s winner going home with a collection of items the contestants brought for the show-and-tell-esque “Prize Task.” Who needs money when you can have a priceless assortment of the “best sheep-related items” or “most excellent noises?

In what only feels like a challenge to itself to set the bar even lower, Taskmaster not only rejects stakes but any sense of decorum. Most reality shows seek to outdo themselves each season with messier drama, better lighting, and a fat catalog of Ariana Grande hits to score increasingly sparkly b-roll drone footage. But not Taskmaster. Sure, there are new contestants and tasks each season, but the format and sets remain unchanged. There are no heart-swelling sob stories or fueds, and the production value is “shot on an iPhone 4.” It almost feels like you could make this show at home. Which technically, now you sort of can.

Earlier this year in the midst of the first round of stay-at-home orders, the Taskmaster’s assistant (and show mastermind), Alex Horne, created a sizable collection of “HomeTasking” prompts. If a deep dive into the show’s back catalogue doesn’t immediately shut down those productive urges, surely grabbing a task of your own will do the trick. You don’t even need to optimize your morning routine or order a bunch of specialty ingredients for choux pastry in order to “spectacularly throw a piece of paper into a bin.”

Is this all pointless? Most definitely. But that’s arguably the larger point. Collectively we probably have enough capitalist thoughts swirling around without keeping up with the Kardashians one last time or watching Davina claw her way into selling that $75M listing. There’s something borderline rebellious about Taskmaster’s mere existence, our most absurd childhood play brought to life with only slightly more production value. In fact, maybe it’s even worth asking what our six-year-old selves would think of how we spend our downtime now. And when it comes to pure dopamine rush, “monetize a Substack newsletter” is getting absolutely trounced by “make this coconut look like a businessman.” At last, the evil is defeated!