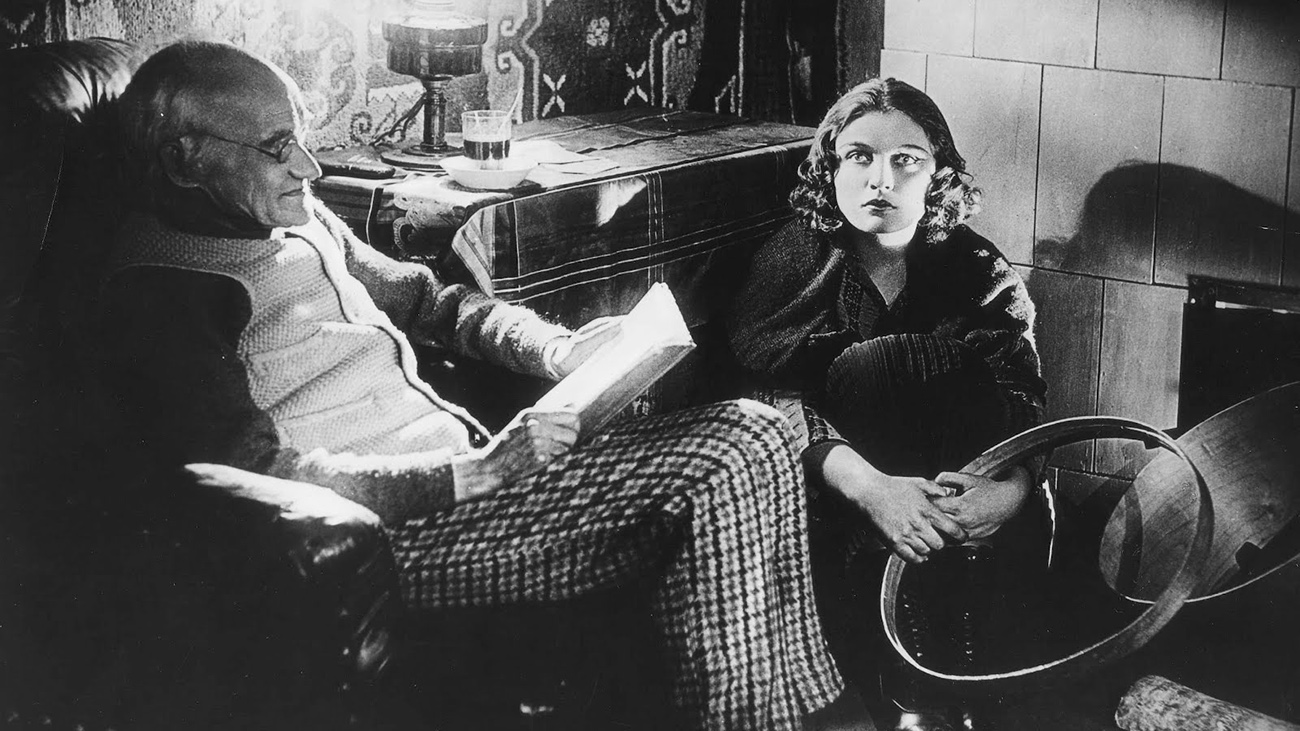 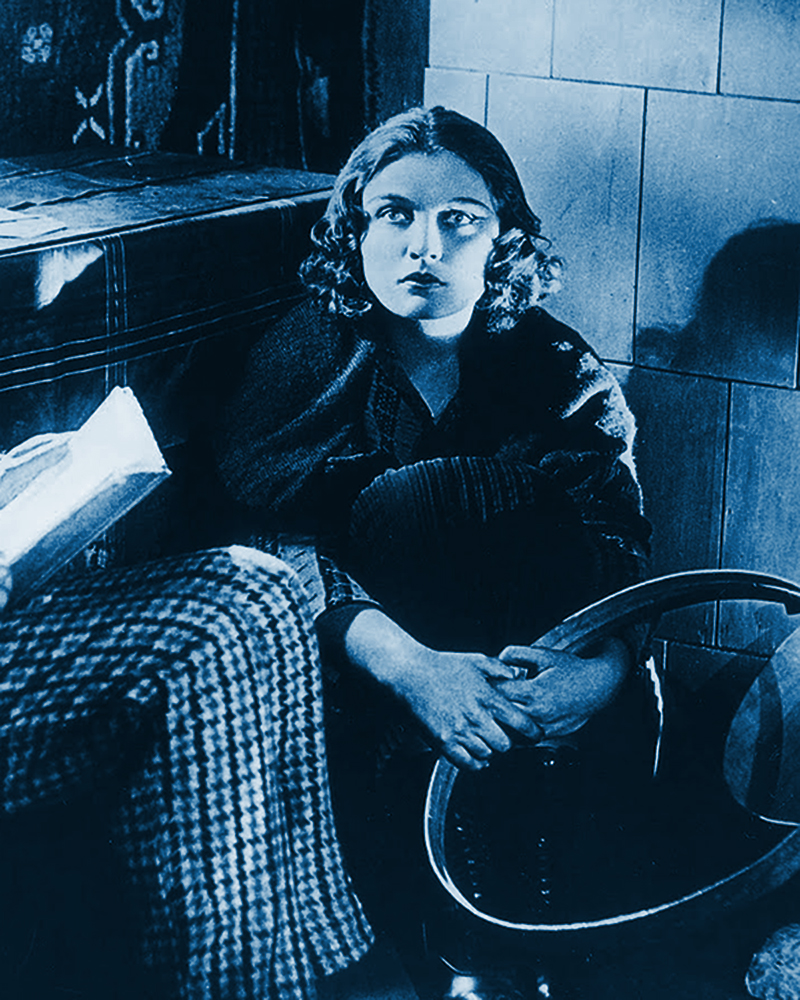 The work of an unsung, but essential Soviet director is ripe for discovery via a YouTube channel.

o fully acclimate himself to the script for an impending film, the Soviet director Boris Barnet would cut up the writer’s work and reassemble it atop a continuous scroll because “a script must be spliced into one roll, like a film. Then I can see what comes after what.” Through his unorthodox processes and raggedly generous final products, Barnet can be counted among a select group of filmmakers capable of capturing life “as it is.” Incongruous unions between scenes and characters replicate daily, true-to-life whiplash, where varied emotions are constantly colliding against one another. Life may go on, but it’s also dammed up, diverted, dried out, and overflowing.

Barnet’s pragmatic optimism is now something of an artifact, but that’s only because of how effortlessly he integrated his filmmaking into his chosen communities, like the island off Soviet Azerbaijan in The Bluest of Seas (1936), the Kazakh steppe travelers of Alyonka (1962), and the circus lifers and Odessa denizens of The Wrestler and the Clown (1957). The awe with which Barnet shoots his subjects, and the respect he pays them in representation suggests two opposing purviews: the excitable documentarian versus the wizened statesman. These two temperaments are never fully reconciled, which is what gives these films their ever-deepening charms, toggling between hardscrabble realism and the fabric of fairy tales.

It's likely that someone will stumble upon the masterworks of Barnet due to their limited accessibility, either in a reverential comment from filmmaker Jacques Rivette, or perhaps on the YouTube channel RVISION. Amongst its library of Soviet films, RVISION hosts a cache of Barnet’s films: The Girl with a Hatbox (1927), The House on Trubnaya (1928), The Thaw (1931), Outskirts (1933), By the Bluest of Seas and Dark Is the Night (1944). As the cinephile community has been stratified across the internet, our methods of discovery need to be stretched and reshaped. Barnet lives on in the newly established film journal Outskirts, whose first issue offered a full dossier on the director, and in these pockets of online film culture. Alexander Dovzhenko, Sergei Eisenstein, and Dziga Vertov smashed together the mechanics of both past and present, cementing their rightful place in the canon. Meanwhile, Barnet glides below them, cherry picking from innumerable styles of cinema along his own way. Smatterings of his films crop up here and there (Outskirts spent a good amount of time on the streaming service MUBI at one point), but RVISION houses Barnet’s most emblematic works, even if they skew towards the oft-referenced and more ostensibly “popular.”

Barnet’s early silents presents his fully-formed panoramic vision, jumping focus from characters and classes, sometimes almost ahead of the film’s established rhythm; there’s almost too many strands to follow, so he directs as if diving headfirst into the deepest of pools. The Girl with a Hatbox takes the train back and forth between Moscow and a snowy suburban outpost, as Natasha (Anna Sten) takes the hats she makes at her grandfather’s cabin to the big city. The vast anonymity of the metropolis doesn’t foment feelings of inadequacy, but instead brings similarly lonely folks together in a manner more screwball than romantic. Natasha meets the student Ilya (Ivan Koval-Samborsky) on the train, where he rudely and unwittingly imposes himself on the craftswoman, ashing his cigarettes atop her head from his bunk, crushing her hatbox when he comes down. These are gags that sting, inextricable from the characters’ livelihoods—the crowded commuter train, the hocking of goods to bring money back home. The two unify as a couple against some exploitative milliners, who use all manners of subterfuge to expand their own living quarters. The youngsters prevail and are left with an unadorned room to themselves, four walls waiting to be decorated by their life together. ‍

The House on Trubnaya almost entirely skips over the provincial setting of its predecessor, with the countryside embodied by Paranya (Vera Maretskaya), a new arrival to Moscow suffering a series of missed connections and disorienting run-ins with the perpetual movement of the city center. She eventually “settles in” as a maid with the dishonest Mr. Golikov (Vladimir Fogel) at the eponymous apartment block. Rendered in cut-away, the building is a microcosm of urban community:the stairwell functions as the open site of everything from chopping lumber to a trash repository. It’s a lovely construction, occasionally drunk on its invention, and it visualizes the divide between the piggishly individualistic Golikovs and the rest of the building, as the former refuse to participate in the routine bacchanal of human endurance in the city. Barnet zips in and out of the story and outlines many haphazard lines of communication, the proletariat’s reliance on their farm animals, Bastille-reenactments, union membership, and more.

Barnet’s penchant for out-and-out comedy was only moderately tempered by more nominally dramatic scripts, but as always, he searched for, “the tiny detail [that] obliterated the feeling that we had painted the scene too black on purpose and grounded the dramatic event as it unfolded.” In his Roberto Rossellini-esque Dark Is the Night, set mostly within a bombed-out building, the heroine must traipse across a few precarious wooden planks placed across the jagged holes in the top floor to bring food and water to the few Russian soldiers she’s saved. It’s a justifiably dark picture, capturing the Nazi occupation as unforgivingly documented as in Jean Renoir’s This Land Is Mine (1943) or André de Toth’s None Shall Escape (1944). Yet, the lightness between Varya and her soldiers, and the way she crosses a threshold between the evil outside to a hidden source of hope, is a trenchant flourish. Similarly, in The Thaw (1931)––the film that both thematically and formally resembles a Dovzhenko or an Eisenstein film––the wind often blows across the montage, especially in death scenes, as the interiors are rustled by these natural currents while corpses lie supine on the floor.

This mysterious confluence of earthy relationships and cosmic movement is crystallized by Barnet’s masterpiece, Outskirts (1933). Outskirts presents a litany of mini conflicts spread out over the crowded spaces of a remote village before and during World War I. There’s a head-spinning amount of activity, as well as considerable experimentation with “diegetic” sound, but that shouldn’t imply a lack of visual coherence; one could pause at any point and, like Renoir, land upon a perfect composition. As Barnet navigates various push-pull relationships (mostly between tolerance and violent patriotism), he also maintains a close proximity between life (romance, humor, collective action) and death (debilitating injury, targeted assaults, execution), often within the same scene, sometimes even in the same shot. At one point, Barnet’s camera tracks through a German prison barracks where a dying man lays next to two loafs playing a card game that involves flicking your opponent on the forehead when you’ve won. Much like how our own lives are invaded by outside forces of all stripes, Barnet opened his films up to the world and captured whatever made its way inside.

Patrick Preziosi is a Brooklyn, NY, born-and-based writer, who has written about film and literature for MUBI Notebook, Reverse Shot, Screen Slate, photogénie, Slant, and more.