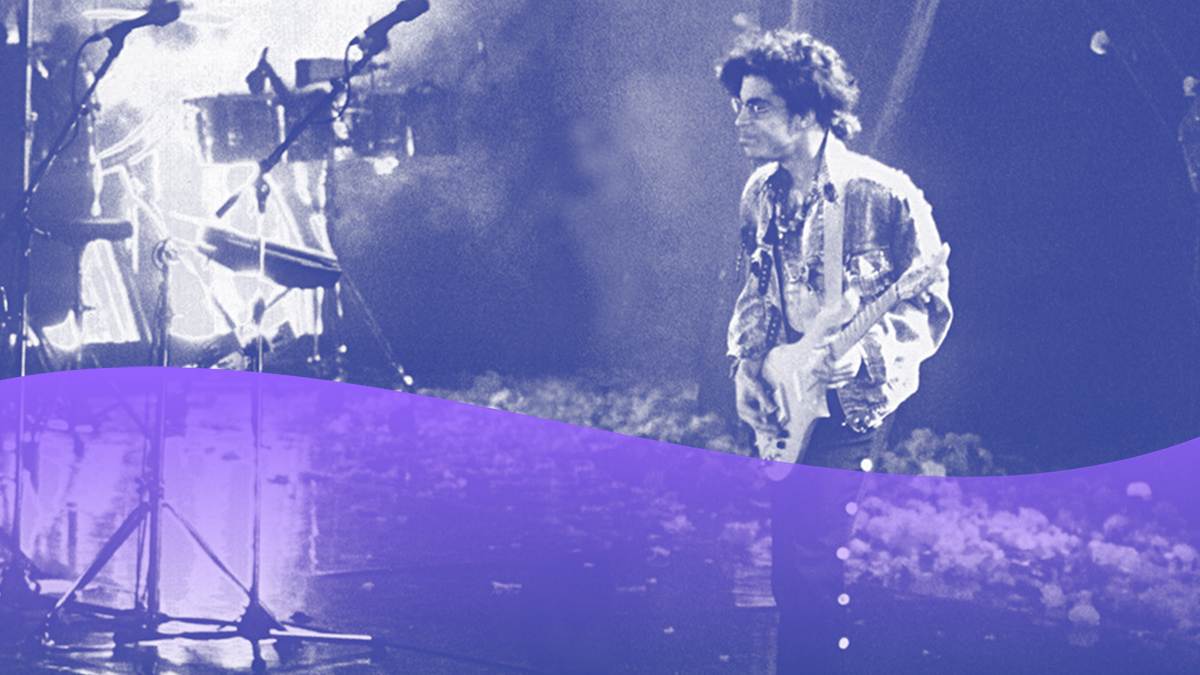 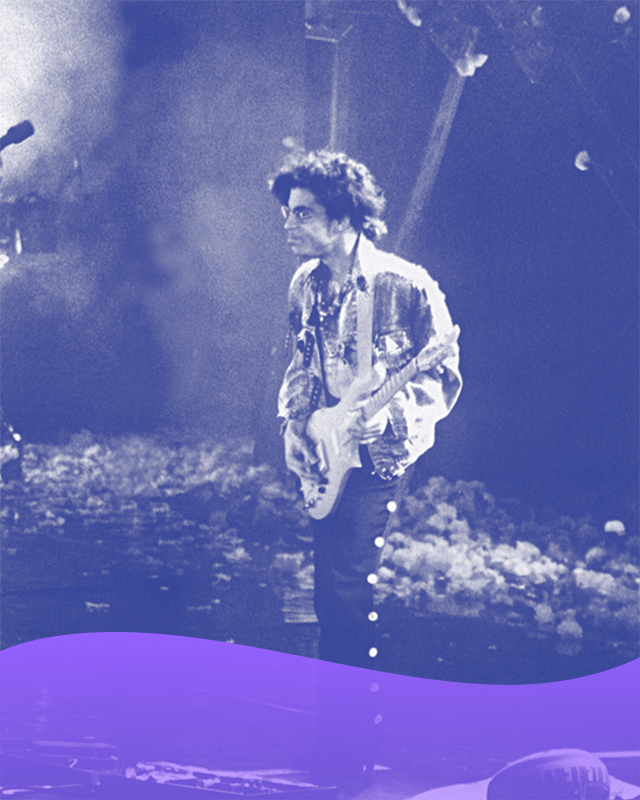 An under-appreciated concert film deserves to join the canon.

n the 1980s, the American movie star was forever altered by the arrival of MTV. The widespread popularity of the music video changed the film and recording industries with a few megawatt stars finding their way onto the silver screen. Prince was chief among them, starring in the loosely autobiographical rock musical Purple Rain (1984). The film was a huge success, and its soundtrack an even bigger one, spawning two number-one singles and eventually becoming one of the best-selling albums of all time. Prince had his eye on becoming a director; though Albert Magnoli directed Purple Rain, Prince directed the music video for the single “When Doves Cry,” which begins with perhaps the greatest star-making establishing shot of any figure of the MTV era. After two large doors adorned with stained glass fling open, the camera tracks down a small room bathed in purple neon lights as doves fly across the screen. The camera halts on Prince waiting in a steamy bath; he climbs out nude, promising sin and salvation. This shot establishes Prince’s onscreen identity through the lace finery of his own lyrics like, “I’m not a woman. I’m not a man. I’m something you’ll never understand,” and creates an alluring proposition of tangled sexes that hadn’t been seen before.

Audiences were along for the ride, but only up to a point. When the follow-up film Under the Cherry Moon (1986) flopped at the box-office and was torched by critics, it spelled the beginning of the end for Prince as a screen icon. It’s a shame because the pre-Code theatrics of Cherry Moon fit well with the new-wave sensibilities of 1980s pop music, dynamically elevated by Michael Ballhaus’s cinematography, which echoes Federico Fellini’s 8 1/2 (1963). To make good with his record label Warner Bros. Prince promised his next feature would be a “safe” concert film, but Sign O’ The Times (1987), with a setlist built around the double LP by the same name, was never going to be conventional. In the years leading up to Sign, films like Martin Scorsese’s The Last Waltz (1978) and Jonathan Demme’s Stop Making Sense (1984) had lent a sense of grandeur to the concert film genre. Both offered distinct interpretations of the concert as a cinematic experience and quickly joined the canon of performance films alongside the works of D.A. Pennebaker. Prince’s name deserves to be added to that list.

Shot like an Art Deco film noir, Sign O’ The Times emphasizes Prince’s diminutive size, which stands in sharp contrast to his monumental stage equipment. He and his band are bathed in peach and black with towering shadows as a backdrop. The film features a loose narrative thread that follows a cat-and-mouse game between dancer and back-up singer Cat Glover and Prince, who plays a Pepe Le Pew type. Their dynamic operates as a metaphor for Prince as a live act, where grand spectacles of sex and seduction are acknowledged in an overwhelmingly physical-cum-spiritual display. (After all, Prince is the same performer who made his guitar ejaculate in the closing stretch of Purple Rain.) Additionally, Prince chronicles the history of Black musical artistic expression, with nods to Duke Ellington (“Take the A Train”), Charlie Parker (“Now’s the Time”), James Brown and Jimi Hendrix. He situates himself among those names while offering his own brand of musical utopia and communal experience. It’s important to remember that there was still a strong separation of Black and white artists in much of radio and television in the 1980s. When Prince began his career in the mid-’70s, he was primarily expected to work within an R&B tradition. Prince systematically transcended these constrictive barriers by simply appealing to everyone. It’s telling that whenever Prince cuts to the audience, the camera focuses on people of all stripes joining in ecstatic union.‍

Sign O’ The Times captures Prince at his most captivating and generous. The show-stopping “Forever in My Life” sees Prince extending his hand and letting everyone else in the band take center stage. It plays out like an extended trance where every back-up singer and musician gets a chance to expand upon the core foundation of Prince’s perfect love song. Prince also slyly plays with filmmaking choices during certain songs. There’s a wonderful highlight in “If I Was Your Girlfriend,” which is a song where Prince takes on a feminine gender-role to better understand the woman he’s in a relationship with. During that performance the silhouettes that are usually only used for Cat Glover are shifted to Prince. He is treated as his own feminine object of transformation, in turn referencing earlier parts of his career that were amplified by androgyny. Prince has always taken stage to express a sonic journey of his own race and gender, and with Sign O’ The Times’ closing number “The Cross,” he does so with his spirituality. “The Cross” takes the power of “Purple Rain” but filters it through the lens of real-world struggles of hunger and desperation. It builds and builds until it crests by rendering Christian iconography as a wider metaphor of struggle. A moving, hopeful conclusion, “The Cross” feels like a church service of a new religion that just might save the world.

Sign O' The Times can be streamed for free on the Criterion Channel or with ads courtesy of IMDB TV via Amazon Prime. It can also be rented or purchased on Amazon Prime, Vudu, YouTube, and Google Play.

Willow Catelyn Maclay is a freelance film critic and essayist. She has written for outlets such as Vulture, Little White Lies and Roger Ebert.com. You can follow her on twitter @willow_catelyn.