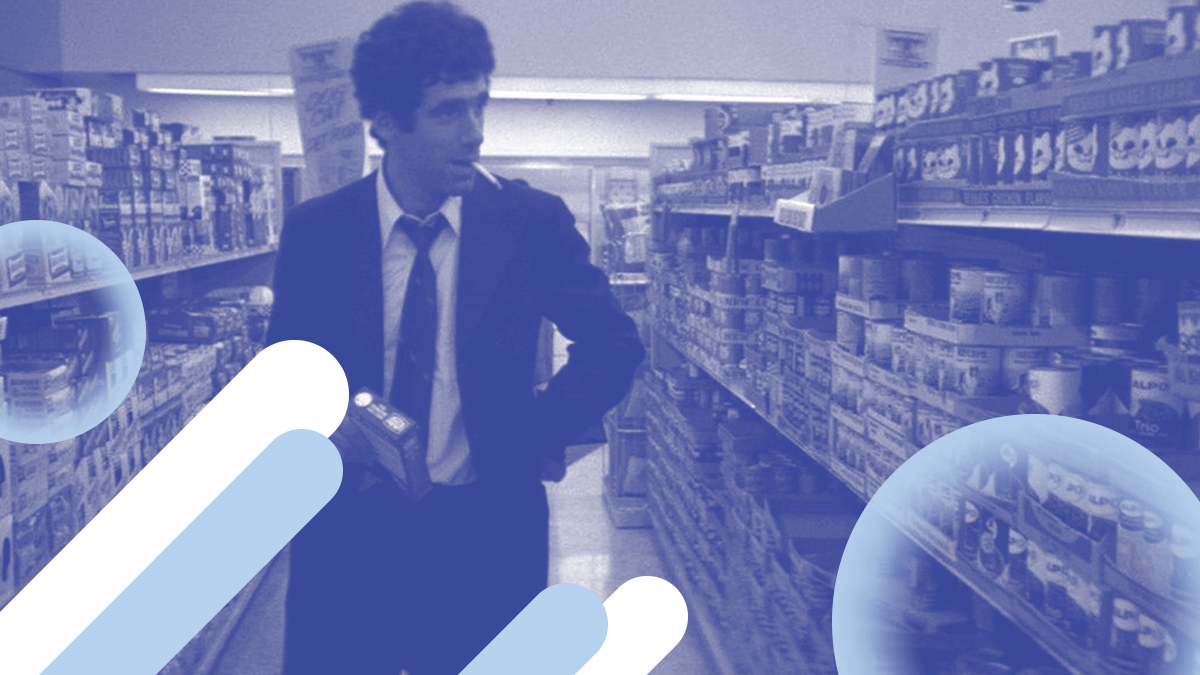 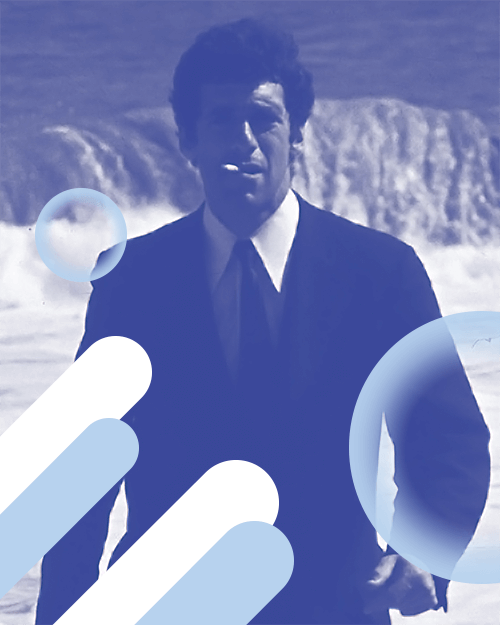 For fans of The Big Lebowski and all things hazy and mysterious.

n the surface, film noir and the stoner comedy seem like strange bedfellows. From classics of the genre like The Maltese Falcon and Out of the Past, to more modern, revisionist takes like Chinatown and Devil in a Blue Dress, the hardboiled detective film generally leans dark and suspenseful. While the latter—the Cheech and Chong corpus, the Friday series, the oeuvre of Messieurs Apatow and Rogen et al—are usually low-key and sillier.

But the genres share more in common with each other than initially meets the (private) eye. Both tend to revolve around criminal acts (a handful of states with relaxed marijuana laws today notwithstanding) and heroes who exist on the fringes of respectable society. Films from both worlds come shrouded in thick fogs of obfuscation that reflect the confused, often paranoid headspace of their characters.

Indeed, there’s a fair amount of crossover between the two, best exemplified by cult classic-turned-pop culture staple The Big Lebowski. If you’re tapped into American cinema of the past 25 years, especially if you’re a guy between the ages of 25 and 50, you likely have at least a passing familiarity with the Coen Brothers’ absurdist update on Raymond Chandler’s crime fiction (The Big Sleep, Farewell My Lovely), which swapped out the cynical, two-fisted private dick, personified by Humphrey Bogart, for Jeff Bridges’ oft-inebriated, Zen slacker Jeffery ‘The Dude’ Lebowski.

As great as it is, however, The Big Lebowski is not the first film to put a stoner spin on Chandler’s material. Director Robert Altman, the acclaimed New Hollywood maverick, got there a quarter of a century earlier. Whether or not you count yourself as a member of the Lebowski cult, you owe it to yourself to see The Long Goodbye.

Altman adapted The Long Goodbye from Chandler’s 1953 novel of the same name, the sixth in his series featuring Los Angeles gumshoe and knight errant Philip Marlowe, who Bogart so memorably portrayed in 1946’s The Big Sleep. Stepping into Bogie’s shoes is Elliot Gould, one of the preeminent leading men of 1970s Hollywood; today, he’s probably most recognizable for his supporting role in Ocean 11 and its sequels, as well as for his recurring guest spot on Friends. Altman transports Chandler’s story from the bustling post-war years to the malaise-ridden early ’70s, a time in which the various political revolutions of the ’60s have gone to seed, leaving everyone with a gnarly hangover. Gone are Chandler’s shadowy means streets, and in their place, we find a rundown valley blighted by urban sprawl and cast in faded neon and sunburnt menace.

As far as the story goes, it’s another of Chandler’s confounding narrative spiderwebs. (If you want an example of how little plot matters to these stories, Google “Big Sleep who killed the chauffeur?”). Marlowe finds himself investigating the suspicious suicide of a close friend accused of murdering his wife. In his quest for the truth, he gets involved with a beautiful beach bunny and her tortured, Hemingway-like writer husband; a sadistic gangster and his doofus henchmen (watch out for a cameo from a very young Arnold Schwarzenegger); a conman posing as a New Age guru; corrupt police on both sides of Mexican-American border; and a cabal of beautiful, young hippie girls who like to practice naked yoga on the balcony across from Marlowe’s apartment. Along the way, lots of smoke is blown, lots of booze is drunk, and, by the movie’s end, lots of bodies are stacked.

An amalgam of ingenious ideas and stylistic choices, The Long Goodbye sports a freewheeling energy that still feels entirely of a piece. Altman’s naturalistic aesthetic, most notably his influential technique of overlapping dialogue, grounds the story in a more realistic setting than any previous Chandler adaptations. Ever the iconoclast, Altman lights upon the perfect story for his anti-establishment themes.

His collaborators bring their A-game as well. Cinematographer Vilmos Zsigmond employs a risky technique called flashing (a process that involves exposing the film’s negative to light) in order to give it a hazy, dreamlike look that practically gives the viewer a contact high. Meanwhile, John Williams’ score hits the appropriately moody noir beats, even as he and fellow composer Johnny Mercer bring a sense of playfulness to the proceedings by way of the title track, which gets cleverly recycled in several different arrangements, from supermarket Muzak to a jazzy nightclub rendition to a gaudy love theme.

Yet, Altman’s greatest coup is casting Gould as Marlowe. Along with screenwriter Leigh Brackett, Altman envisioned his Marlowe as having woken up from a 20-year slumber, going so far as to nickname him “Rip Van Marlowe.” Gould plays him as a man completely out of sync with the times, drifting along half-awake in a decadent, self-indulgent wasteland. But there’s nothing conservative or retrograde in Gould’s interpretation. He swaps out Bogart’s smirking cynicism for a rumpled weariness and palpable neurosis. Bogart’s Marlowe may be a loner who operates on the edges of the law, but he still upholds the traditional masculine order of his time. Gould’s Marlowe, on the other hand, is a loser, someone who no one, including his cat, takes seriously. Still, he takes things in stride, his favorite turn of phrase being, “It’s OK by me,” a mantra with which The Dude would surely abide. Like Bogart, Gould’s Marlowe still maintains a strict code of honor, which he finally and irrevocably gives expression to in the film’s unexpectedly brutal climax. The ending strays considerably from the source material, but for the better. It’s a shocking moment that darkens Marlowe considerably, even as it delivers one of the most purely satisfying moments of violent catharsis to ever grace the screen.

Though it’s tied to its own era, The Long Goodbye effectively speaks to our current moment, providing us with a model of morality and masculinity that stands in sharp to the musclebound, spandex-clad fantasy or glossy, faux-inspirational platitudes found in today’s cinema. My guess is, it’ll be OK by you.‍

The Long Goodbye is currently streaming on The Criterion Channel and Philo, and is available to rent from Amazon Prime, Apple TV and Vudu.