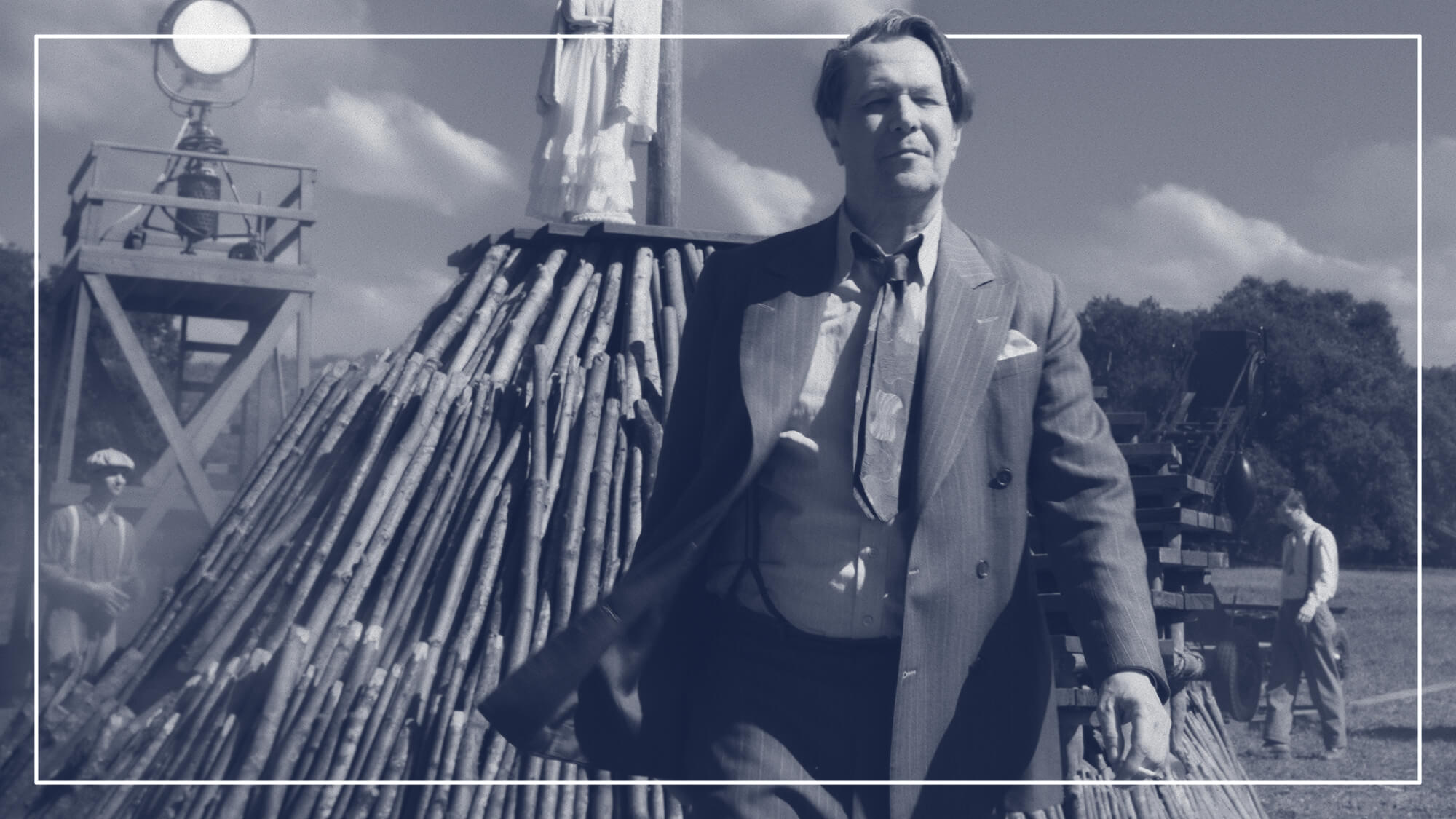 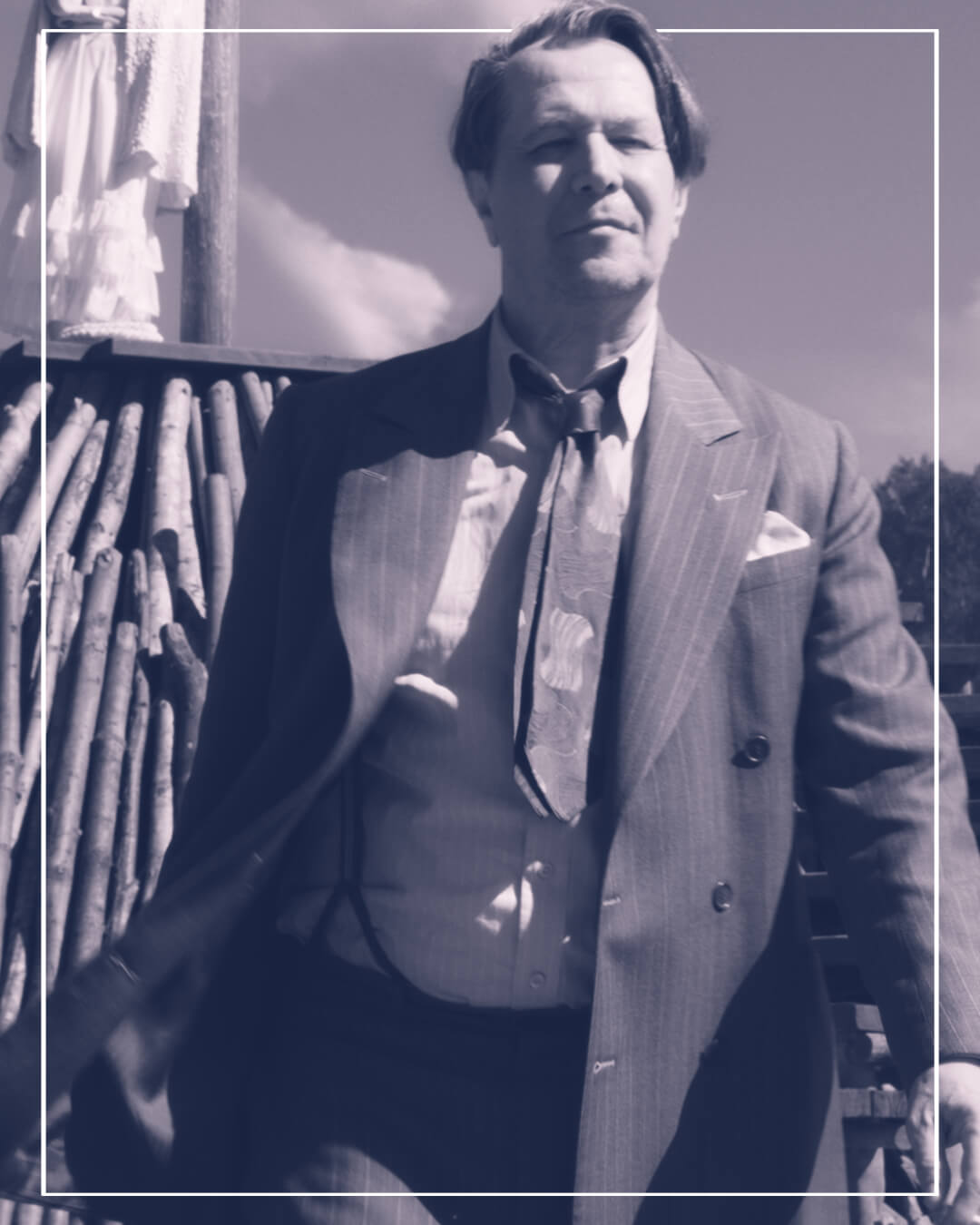 ll hail the newest, weirdest, and most hilariously titled Netflix auteur project: Mank, the David Fincher drama set in Hollywood in the early decades of the talkies. If you’re a Finch-head and were expecting Zodiac 2 or a steamy Gone Girl style thriller…well, this is about as far from all that as you can get. It’s hard to have anything but respect for Fincher’s unapologetic embrace of the relative carte blanche provided to him as a famous film director with a streaming deal: Mank is clearly a passion project in its every detail. Absolutely no one who has ever seen a David Fincher movie was asking for or expecting a black-and-white drama about the life of the former New Yorker critic, script fixer, and screenwriter of Citizen Kane, Herman Jacob Mankiewicz.

Even if it doesn’t manage to transcend beyond its elevator pitch very much, it’s still a pretty great, if modest, movie. It offers a compelling sketch of a chameleonic, conflicted, and troubled guy who hobnobbed with and befriended the moneyed class that he often sent up in his writing. His witty dissent during dinner party conversation made him a kind of court jester to one of the wealthiest men in America, William Randolph Hearst. Several years past his glory days—warped by alcoholism—we watch Mank get an opportunity to honestly tell the story of Hearst, his old friend, as he experienced it first hand, and turn it into a screenplay which turned into Orson Welles’ revolutionary and incendiary 1941 film Citizen Kane..

Mank is a movie about movies, and it will make you want to watch other, slightly better movies. It calls back to a rich lineage of films about the most sordid side of Hollywood, covering the world of washed-up actors, directors, and screenwriters, and the wealth that surrounds them from every site, informing their cynical and sometimes amoral perspectives. There have been endless great films made about the dark side of Hollywood, starring characters that the industry leaves for dead or are consumed by its excesses. Here is a choice selection from that catalogue with distinctly Mank-y overtones; hopefully, they’ll provide some good inspiration for a cold-weather deep dive.

If you saw Mank without watching the movie the conflict revolves around, I find that kind of insane, but bless you—you must love David Fincher as much as I do. Kane is on the short list of films considered the greatest of all time, and for all of the other visionary and batshit movies he made, is Orson Welles’ masterpiece. If it’s not exactly a tale of Hollywood, the story of Charles Foster Kane revolves around putting his stamp on media, entertainment, and public opinion more generally—affecting as many of the ways America receives their information as possible.

Mank mimics the structure of Kane, with its interwoven flashback and flashforward structure, framed by interviews with potentially unreliable narrators (have you guys seen True Detective?). The movie traces the rise and fall of megalomaniac Charles Foster Kane (Welles), one of the richest and most powerful men in the world, as he becomes a titan of industry, makes a bid at a political career, and then ultimately, finds his stock falling both literally and figuratively. His decrepit old mansion, Xanadu, may pop to mind whenever you’re imagining a possible future where you die alone. (Just kidding, folks, you’ll find happiness, even in these bleak times.)

“I’m big, it’s the pictures that got small,” sneers a wide-eyed Norma Desmond in her first scene in the ‘50s noir Sunset Boulevard, a former silent movie star character played by a real former silent movie star (Gloria Swanson). Perhaps both the most iconic and depressing down-and-out Hollywood story ever made—by one of Hollywood’s greatest cynics, director Billy Wilder—Sunset Boulevard’s caustic humor still feels modern. The real-world referentiality of the film’s casting is ahead of its time, with its ghoulish side cast of former film greats of the ‘20s and ‘30s. (Erich von Stroheim, one of the most ambitious directors of the silent era, plays a version of himself that has become an Igor-like butler who plays the organ and preserves Desmond’s futile dreams of a comeback.)

There’s no doubt that Sunset Boulevard was a huge influence of any drama about the movie business that came after it. Kane’s “Rosebud!” is certainly up there in the pantheon of famous American film quotes, but “Mr. DeMille, I’m ready for my close-up” is right there behind it. Any cinematic portrait of a washed-up industry insider like Mank lives, to some degree, in the shadow of this movie.

Vincente Minnelli is not a household name as an American director, and I’m talking “household name” even among film buffs. Maybe because the movie musicals he made his reputation on —Meet Me in St. Louis, An American in Paris, The Bandwagon, Gigi—are pretty out of fashion in the 21st century. But he also made a couple of great and deeply cynical films about classic Hollywood that are worth a watch, with no singing and dancing. Both star Kirk Douglas at his over-the-top unhinged best, jutting his chin out all over film sets and smoky screening rooms. These are the kind of movies where people say the word “pictures” 500 times and you learn to love it.

The Bad and the Beautiful is a more conventional but beautifully executed tale of greed and betrayal in La La Land, whereas the seedier Two Weeks in Another Town is set in Rome, with a manic-depressive down-on-his-luck actor (Douglas) and a once-great director trying to collaborate to finish a dubbed movie in Rome because they can’t get work in Hollywood anymore. Everyone in the movie is compellingly hateable, the scenery is beautiful, and the plot is so full of crazy jumps and suicide attempts that it descends into dream logic. “I’ve been faking so long, I don’t know if I can tell what’s real anymore,” mutters Edward G. Robinson as the ailing, abusive, and lecherous director Maurice Kruger at one point, just as the movie begins to fold into itself and turn fully—if perhaps inadvertently—surreal.

Twisting the atmosphere of Sunset Boulevard into something even more grotesque, Whatever Happened to Baby Jane? Is a weird Hollywood story blown out into unsettling camp-horror. In a powerful instance of art mirroring life, a washed-up former actress, Blanche Hudson, is played by one of the great American screen actresses of the ‘40s and ‘50s, Joan Crawford, while former ‘30 starlet Bette Davis plays the movie’s titular ex-child-star. Both were considered somewhat past her prime at that point in real life. (For more on the drama behind the scenes between the two, it’s worth sampling the Ryan-Murphy-produced drama show Feud: Bette and Joan from 2017.) If you’re a horror fan who also enjoyed Mank—there are definitely a few of us around—you should certainly check out this singularly weird classic.

Barton Fink is one of the Coen Brothers’ masterworks, even if its name doesn’t ring out as much the likes of The Big Lebowski, No Country for Old Men, and Fargo. Certainly, it’s a bit of an acquired taste. Like Mank, however, this is the story of a man trying to write a screenplay. Unlike Fincher’s film, it’s also absurdist, Kafka-inspired, and totally unhinged. Apply any genre to it and you’ll probably fall short of creating its full stylistic purview. As in so many Coen Brothers movies, it’s the story of an unassuming guy—John Turturro’s eponymous playwright in exile, inspired by American writer and activist Clifford Odets—being ushered through a postmodern, dreamy hellscape of bad luck. John Mahoney—aka Frasier’s illustrious Marty Crame—plays a William Faulkner character during the phase where he was phoning in screenplays, ripping a flask all day, and generally being a piece of shit.

This Hollywood shaggy-dog neo-noir is often overlooked in the filmography of versatile New Hollywood auteur Robert Altman (Nashville, McCabe and Mrs. Miller, Short Cuts, The Long Goodbye, and so on). Tim Robbins plays a movie agent with a hilariously oversized suit as an essential prop, rolling around town taking pitches for terrible movies, before eventually gets embroiled in a tad bit of murder, with a heaping side of gratuitous sex scenes. The deceased? A vindictive, disgruntled screenwriter. (Mank-y.) If you lose the thread of the exact plot along the way, that’s because you’re supposed to; enjoy all the film homages and the weird flourishes like Bruce Willis and Julia Roberts’ random appearances as themselves.

Martin Scorcese made his career in the mold of Kane-style downward-spiral stories, even if most of his revolved around the mob (Goodfellas, Casino, et al) or other more demented criminals (Taxi Driver, The King of Comedy). One of the wildest rich-guy implosions in American history, of course, is that of magnate-turned-OCD-hermit Howard Hughes, baron of the airplane industry, avid film producer, and demented wannabe director. Scorcese’s 2004 movie about Hughes is an underrated gem in Leonardo DiCaprio’s catalogue and one of the best and least hackneyed biopics of this century—worth your three hours if you have them (which you do). You have to at least get to the part where Hughes gets to Charles Manson levels of shaggy in his self-isolation (COVID overtones, naturally) and starts pissing in jars.

Mank is studded with oddball, heavily referential film humor, and that is the fully the M.O. of this sometimes-dismissed Coen Brothers passion project. It’s the Coens’ at their silliness, replete with a square-jawed dumbbell of a leading man (George Clooney) talking Communism in a cartoonish enclave of radical screenwriters, Alden Ehrenreich as a cowboy movie star whose chief skill is his lasso, and Channing Tatum tap-dancing like Fred Astaire in sailor suits. Set against elaborate film-within-a-film scenarios, the movie feels like a visually stunning tour through a laundry list of Technicolor-shot American movies the Coens like. (Like Mank, it’s a real “one for me” type movie for them.) Still, there’s a postmodern mystery yarn and an undertone of real Cold War drama here—the kind that gives all the Coens’ best films a unique, fever-dreamy atmosphere.