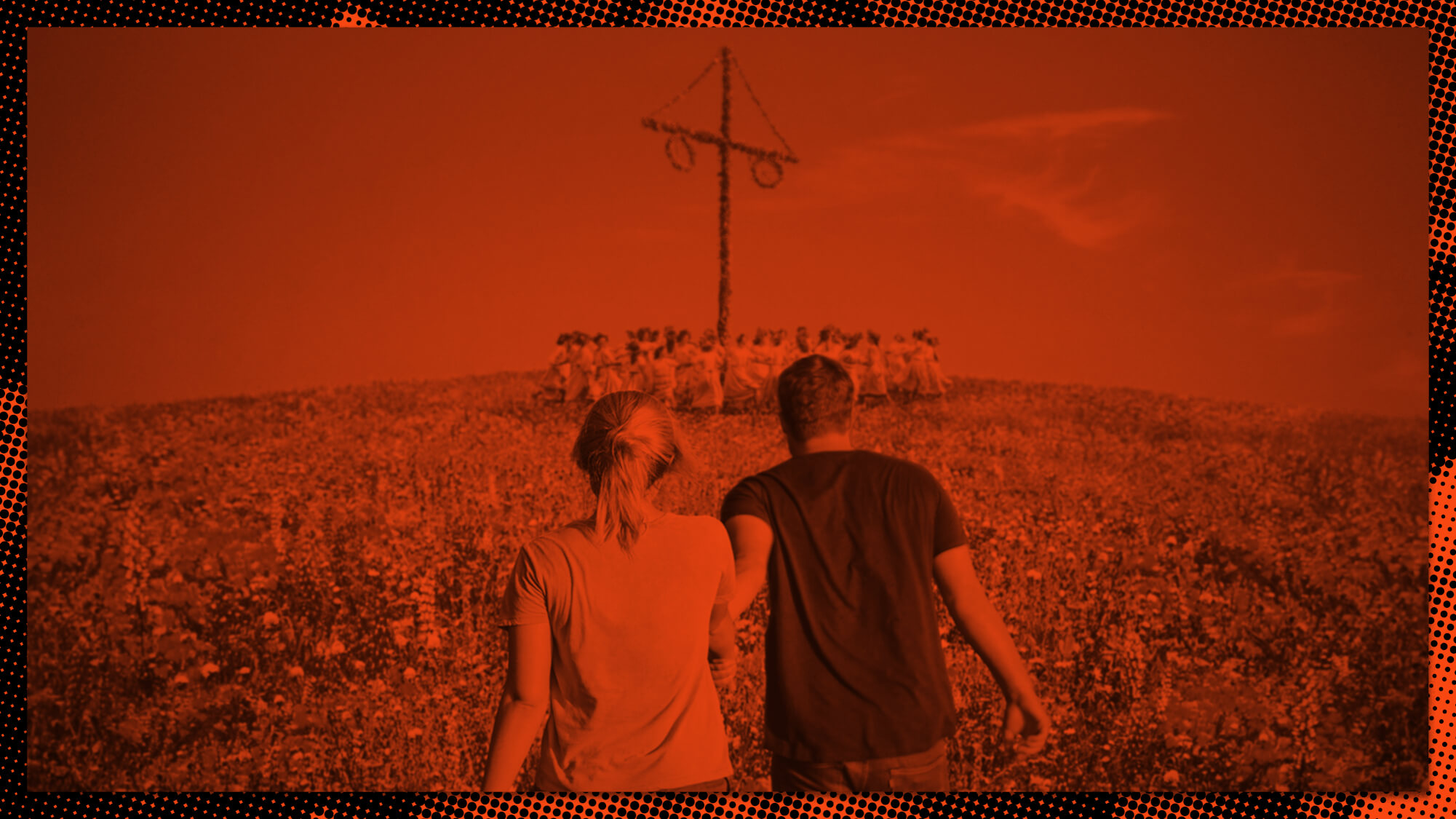 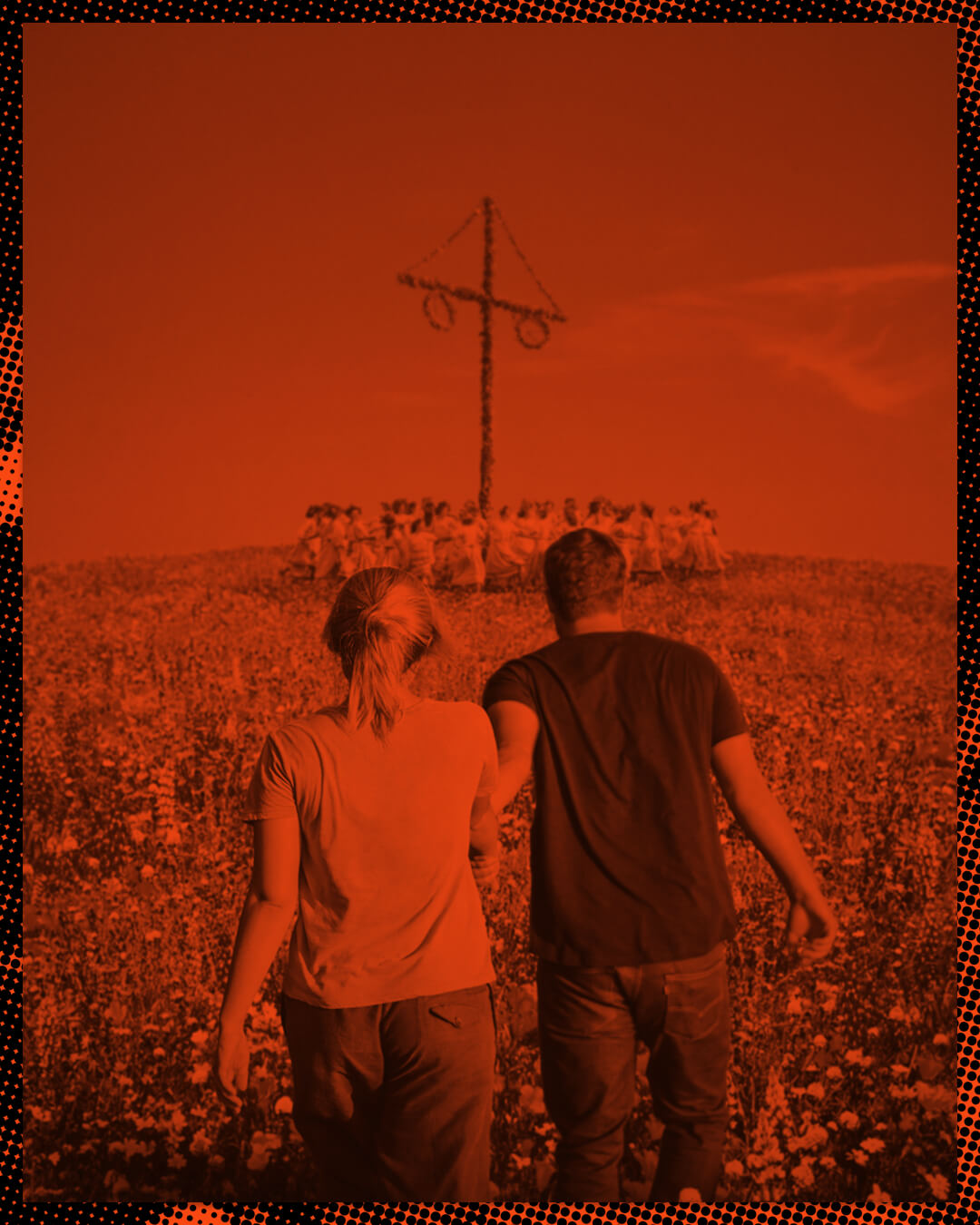 You might not usually turn to a horror movie for emotional relief, but Midsommar makes a case for it

hat makes for good comfort viewing? When people typically list the content they gravitate towards to take their minds off things, the answers can both be personal and instructive. Reality TV shows are a delightfully frivolous way to lose your mind while you watch others do the same on your screen; the last 15 years of network TV comedies—I'm talking about the revered ones like 30 Rock and The Office, not area-man fare like Modern Family or Mike and Molly—practically mastered the art of warm-blanket television, gently outrageous and fiendishly clever without stepping too far into cynical or mean-spirited territory. There's the movies we know and love and have seen a million times, from the affable stoner odysseys of The Big Lebowski and Dazed and Confused to the IP-reliant good-guys-win fare that's become big-budget movie-making as a whole.

But sometimes comfort can also be found in watching someone grab a big mallet and smash someone's face in. That, at least, was my line of thought when I chose to throw on Midsommar during what now stands as my first official day in quarantine. Ari Aster's psychedelic horror-ish drama is, to many people, the polar opposite of a good time—and understandably so. It's freaky, it's eerie, and it features gruesome depictions of strange rituals and the type of cultish behavior that had people on edge in the age of Charles Manson and beyond. On top of all of that, Midsommar deals extensively with loss—of family, and of personal and romantic relationships—and often forces the viewer to self-examine themselves in ways they might not feel like doing while seeking out entertainment. To wit: the first time I set eyes on Midsommar, my friend and I went to a bar afterwards and drank heavily while discussing therapy and family issues.

The second time I saw Midsommar in theaters was the Fourth of July; two weeks later, I found myself at the tail end of my brother's bachelor party in Nashville, watching Aster's first film Hereditary in the middle of the night with another reveler who decided to pack in the nightlife portion of our evening early. Similar to Midsommar, Hereditary is a film consumed with grief and familial inadequacy, packed with real-deal scares and making for a thoroughly unnerving viewing experience. The first time I saw it, I left the theater with a screaming headache; I've seen it five times since, every successive viewing taking on a more meditative aura. I suspect I'm achieving the same symbiosis with Midsommar, too.

Part of what makes Midsommar such an enticing watch-and-rewatch is how closely it reflects our generation's perspective of self-examination. We're arguably the first era of youngish-oldish people raised to believe therapy is something other than an act to be stigmatized. Through the lenses provided by Midsommar—post-academic drift, familial tragedy, the brutality of a bad breakup, the push-and-pull of navigating codependency—elder millennials have plenty to lose themselves in when it comes to finding yourself through film. If that sounds like solipsism, that's fine; if your mental health can stand it, is there really any harm in diving inward and focusing on who you are, who you've been, and the person you stand to become?

‍
Maybe we're getting a little too serious here. Midsommar, after all, is a pretty funny movie too—"funny haha," not just "funny taste in your mouth." There's legitimate laugh lines bolstered by a cast that understands how to play the material they've been given, mixing cluelessness with bluster in a way that a few grad students and their companions tripping their way through a Swedish commune could only do. And Midsommar ends on a strangely happy note, too. Maybe you've seen the film already and are raising your eyebrow in my digital direction (if you haven't, I won't spoil it), but the film's final shots are beautiful and hopeful, as Aster's film delivers an optimistic message about finding your people and breaking free of the toxicity of your past. Like a purifying fire, Midsommar's ashes are restorative and redemptive, delivering light in the wake of the darkness that so many of us face on a daily basis.