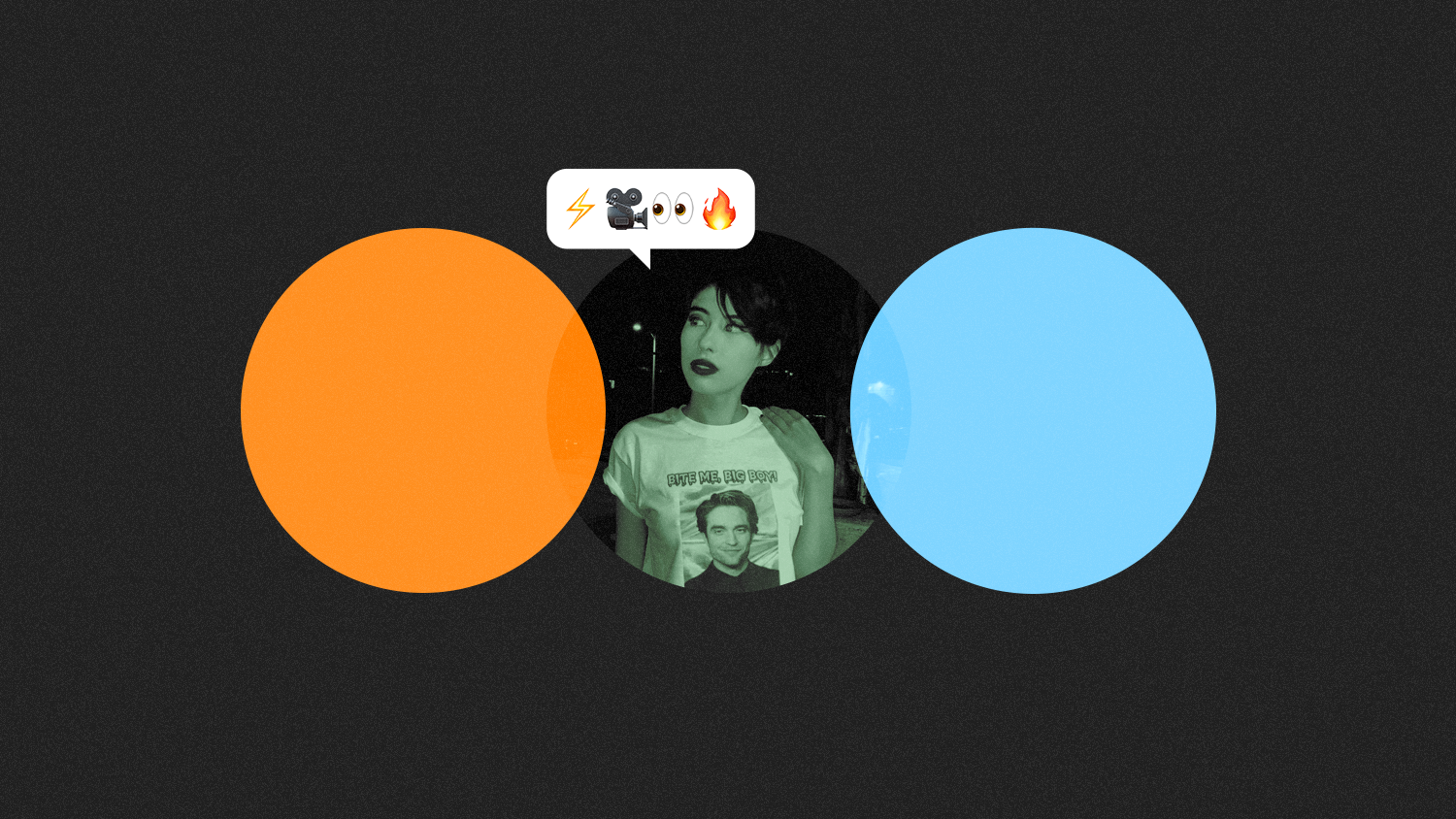 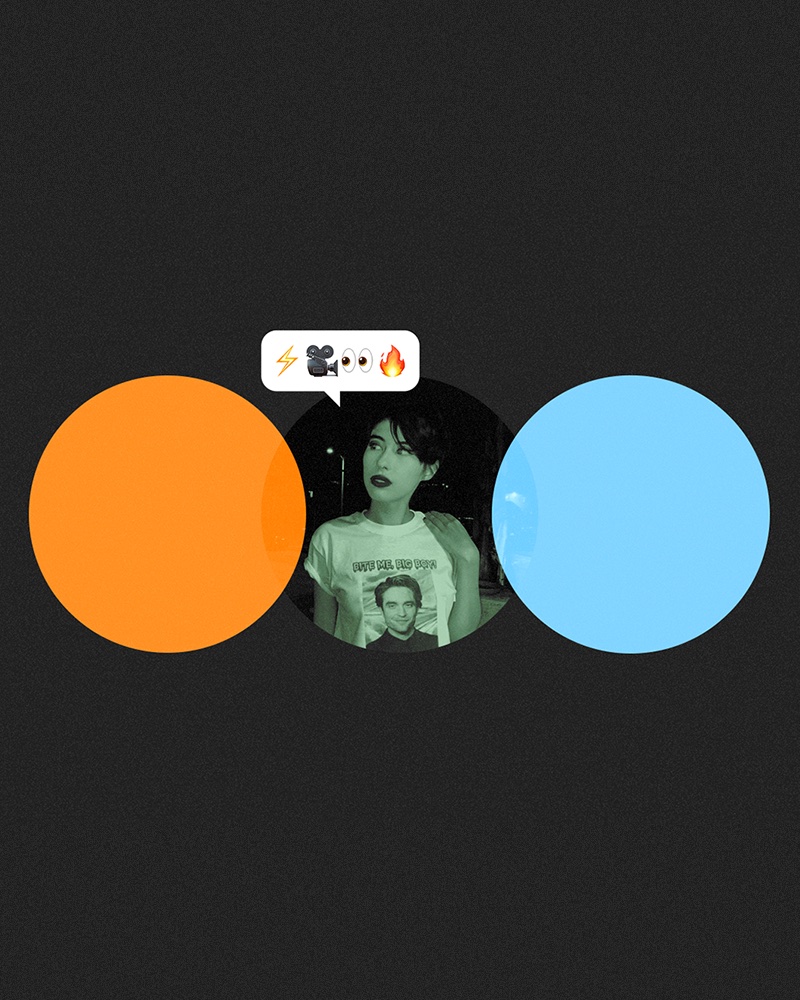 f you’re on the movie ratings platform and social media site Letterboxd, you know Mia Vicino. The 24-year-old film columnist, script reader and Amoeba Music employee holds the highest number of followers (78K) and has logged 85 films in 2021 alone. She’s the best kind of cinephile because she’ll watch a John Cassavetes classic on Friday night, some '70s thriller you’ve never heard of on Saturday, and Twilight: Breaking Dawn after that.

Vicino, formerly known online as Brat Pitt—she’s in between handles because she “cannot be a vocal feminist and use this probable domestic abuser’s name; that just feels yucky”—chatted with us about film bros being too earnest, virtual screenings being fun, and Robert Pattinson being hot.

When did you realize that you were a movie buff?

I grew up watching Hugh Grant rom-coms with my mom and Indiana Jones with my dad. I was around 16 when I watched Kill Bill and realized ‘movies can be like this? This is insane, this is everything I’ve ever wanted!’

How did you become the most popular critic on Letterboxd?

I discovered Letterboxd when I was 19, a sophomore at the University of Oregon. I was just keeping track of what I saw, writing whatever I wanted, but it inspired me to add cinema studies to my journalism major.

As I started getting more followers, there were a lot of guys commenting about how I’m stupid for not taking it seriously. I was like, ‘Okay, well, I’m going to prove that actually I’m really smart!’ I started doing more longform, more analytical, even some prose, like my review of Portrait of a Lady on Fire. My most popular review, though, is a funny one for Fight Club.

How do you use the platform now?

I try to be thoughtful about new releases that I think deserve the respect and the platform. But I like to have fun for older movies or ones that don’t necessarily need the press. My review for Call Me By Your Name was: “these two bisexuals that look like they just stumbled out of their first vampire weekend concert really had the nerve to make me lay on my floor & cry while listening to sufjan stevens huh.”

Got any tips for writing a Letterboxd review?

Take some time to reflect and process. Immediate reactions aren’t the full truth.

What’s your process for picking a movie to watch?

It depends on my environment. Halfway through quar I moved in with roommates and it’s more democratic, because I’d rather watch with people than by myself. I definitely don’t like to plan too much because your mood really affects how you perceive the film. As for discovery, the watchlist is an essential tool.

What type of film are you particularly drawn to?

What’s the best thing that you’ve read in quarantine?

Severance by Ling Ma. A Chinese American woman protagonist is sadly so rare, then you add that she’s dealing with a zombie epidemic -- which is, you know, prescient. It’s beautiful and interesting to bring that culture element into a genre story. More books and movies could easily do that.

‍What’s the item of clothing (besides Jambys, of course), you’ve worn most during quarantine?

My Mitski sweatshirt from her 2018-2019 Be the Cowboy tour. It’s ouija board themed. When I moved down here, I didn’t realize that it gets cold in the winter so I have one warm thing.

Do you have a perfect pandemic movie?

The Lighthouse. Especially during quarantine on a really rainy afternoon. It’s two people being isolated with no way out and it gets to this raw, primal humanity, which was really fascinating to me -- to explore paranoia, loneliness, horniness even. And I love Robert Pattinson. He’s awesome to look at

What’s been your best quarantine purchase?

Easy, my Nintendo Switch. I showed up to Target early and waited to buy the special edition Animal Crossing one. It was so worth it, I love that thing. Oh, also my Rob shirt!‍

What is your recommendation for someone who always watches The Office and wants to try something new?

Smiley Face, a Gregg Araki movie from 2007. It co-stars Jim from The Office, so there’s that in there. It’s maybe one of my favorite comedies ever. Anna Faris is a total stoner pothead in L.A., kind of a loser character, and she eats all of her roommate’s cupcake edibles and then realizes she has a bunch of tasks to do. She has to go to an audition, pay the electric bill, get to Venice Beach, but she’s so high! I highly recommend it. It doesn’t get enough love.‍

Do you ever smoke weed to watch movies?

The truth is... I am high for almost every single movie I watch. My favorite strain for movie-watching is Blue Dream because it enhances my imagination and senses without making me too sleepy.

Do you know what you’re watching tonight?

I have a friend group that I do virtual movie nights with every Monday and Friday. We did every single Sacha Baron Cohen movie for some reason. We don’t even think they’re funny, we just think he’s so hot. We watched all 38 Robert Pattinson movies. And tonight we’re—this is silly—watching Harry Potter and the Prisoner of Azkaban. It’s the best one, it’s Alfonso Cuarón. Whatever, it’s a comfort movie and we’re just having fun.

What is the most important thing in the world?