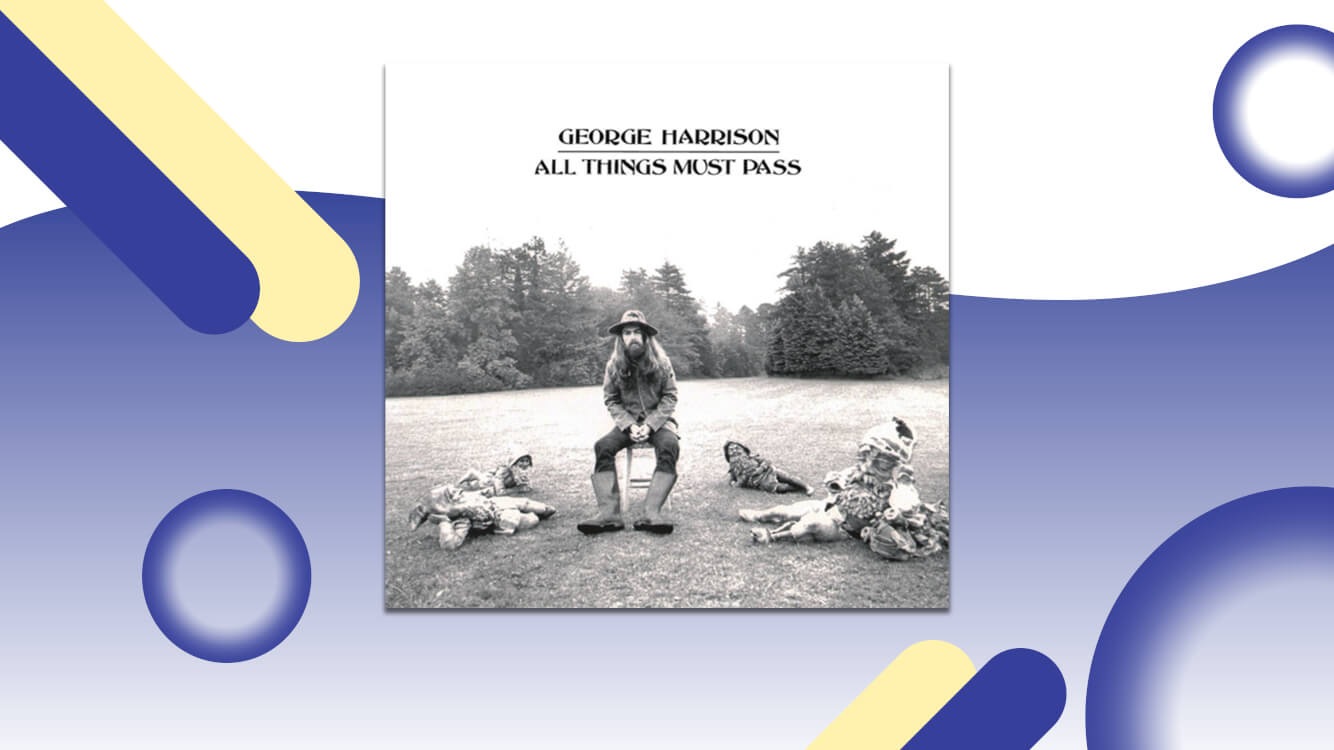 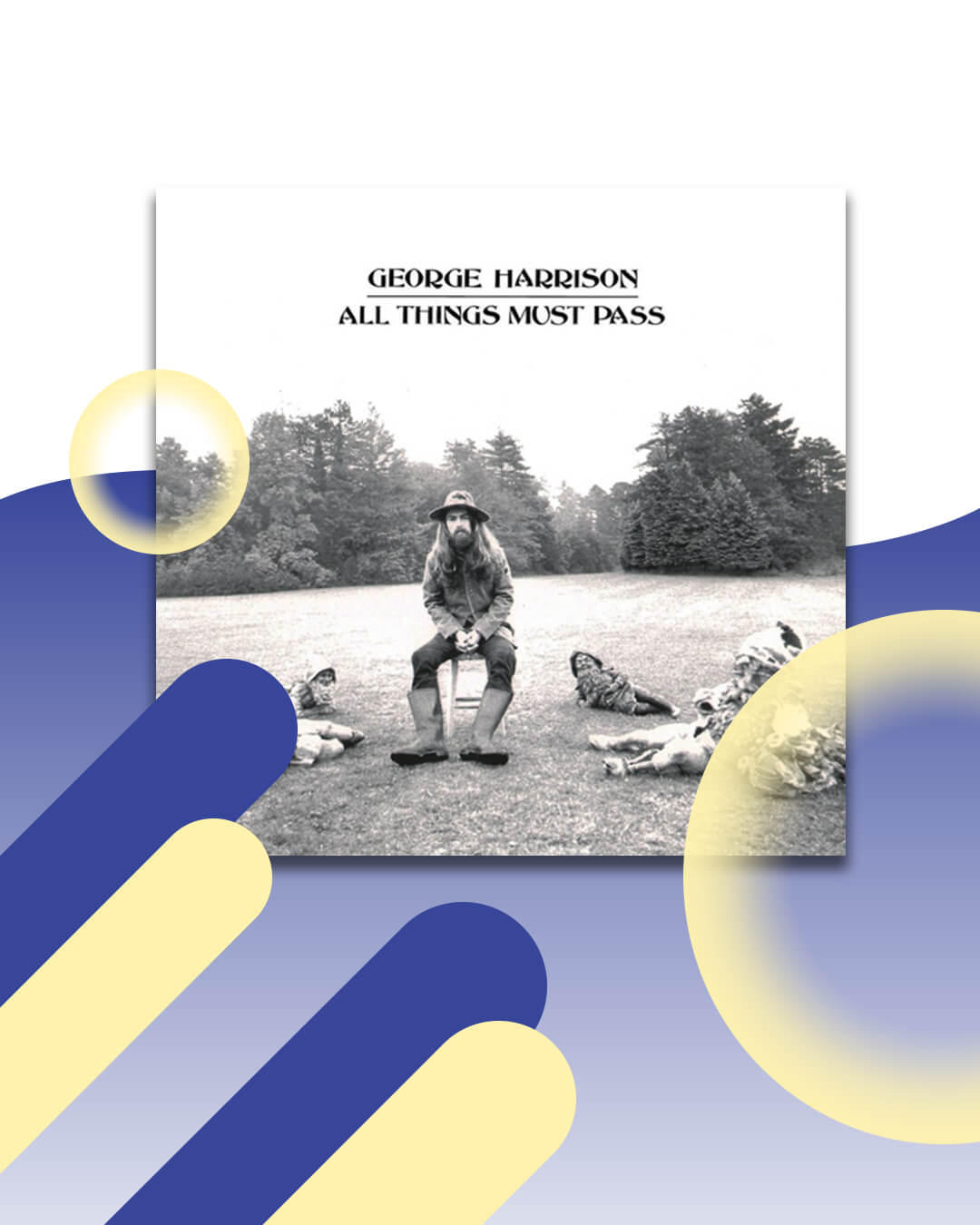 The Harrison long-player—and we mean long!—was far ahead of its time

f there’s any singular observation that can be gleaned from this ongoing COVID-19 pandemic, it’s that self-isolation accentuates the feeling of time. Time’s physical dimension is usually deferred by routine, like a typical work week. When that routine becomes disrupted by external forces—such as: the fear of contracting or asymptomatically spreading a potentially fatal virus; work-from-home mandates; government-enforced lockdown measures; the shutdown of non-essential businesses; mass unemployment—time foregrounds itself and refuses to be ignored. Days of the week lose all identity. Socially agreed upon markers like “morning” and “night” collapse into a nebulous space. Some weeks slip by while others drag on. The future somehow becomes more indefinite and the present takes on the weight of an anchor. There’s no telling how long “this” will last, and everything from the news to our collective stir-crazy mentality ensures you never forget it.

Now, people must find ways to “pass the time” whenever they’re not circumscribed by work or anxiety, and what better way to do that than with one of the great records about the burden of time. George Harrison’s All Things Must Pass was his first artistic statement as an ex-Beatle, and it frequently plays like someone with the adequate space to get everything off their chest. At the same time, the record never works overtime to demand attention, even accounting for its mammoth length—three discs that span 100 minutes—and Phil Spector’s Wall-of-Sound production. Harrison’s songcraft radiates effortless confidence, combining the ’60s pop sensibility his former band perfected with a shaggier rock ‘n’ roll sound that would come to define much of the ’70s. It’s genuinely easy listening, sans genre connotations, but also musically complex enough so that it never feels like empty calories, i.e. perfectly befitting this elusive quarantine mood.

It’s important to remember that, in 1970, Harrison was an old man at age 27. The Beatles were acrimoniously dissolving in the public eye, but by that point, Harrison had long outgrown his supporting role within the group. He had spent a decade carrying all the unique cultural baggage that came with being a generational torchbearer while also serving the vision of Lennon and McCartney, two musical giants who all but ignored his exponential artistic growth in favor of their own internecine competition. Outside of the group, however, he was forging new paths. Two years earlier, following the tumultuous White Album sessions, Harrison visited Bob Dylan and the Band in Woodstock, New York; there, he formed new relationships and experienced creative equality for the first time, leading to a period of intense productivity. While his peers dabbled in Eastern mysticism like a psychedelic fad, Harrison committed to a sincere spiritual journey through Hinduism, the Hare Krishna movement, and Transcendental Meditation, which ultimately redefined his personal and professional ambitions. He was wiser and more emotionally mature than his unassuming image implied, though his contributions to Abbey Road certainly whet the audience’s appetite for what lay ahead. The “quiet one” was finally ready to speak through a treasure trove of material.

All Things Must Pass somehow absorbs all of these events but never feels beholden to them. The weight of the Beatles breakup simply doesn’t hang over the record as strongly as it did fifty years ago, even though Harrison’s resentment towards the group scaffolds the whole enterprise. (“Wah Wah” and “Run of the Mill” take explicit aim at Lennon and McCartney, but the fans are spared. “Apple Scruffs,” one of the album’s bouncier tracks, expresses gratitude for the Beatles acolytes who used to hang outside Apple Studios, many of whom were unfairly treated like odd curios by the general public after Beatlemania had waned.) Strip away biographical context and what remains are Harrison’s earnest love songs and paeans to God buttressed by Spector’s layered sonic structure, which provides the work with a symphonic foundation. Though Beatles scholars, as well as the Fab Four themselves, are notoriously divided on Spector’s contributions to the oeuvre, they’ve never been more thematically appropriate than on All Things Must Pass. Many of the record’s songs are supposed to simulate the feeling of religious awakening, and create an organic connection between human and spiritual relationships, even if Harrison all but admits that the latter will be more fulfilling than the former in the long run: “Searching for the truth among the lying / And answered when you've learned the art of dying.”

Though broadly considered to be one of the best Beatles solo efforts, and a key text of the post-Sgt. Peppers/Pet Sounds album era, All Things Must Pass nevertheless holds a peculiar place in the popular imagination. It takes full advantage of the format to showcase every possible side of Harrison’s delayed promise, but that necessarily means it’s more often sampled than listened to in full. Like most if not all triple albums, its length becomes a prohibitive factor, even when the record’s pleasures are immediate. This isn’t exactly indicative of modern-day attention spans or philistine taste. Most people probably cherry pick the properly canonized singles—“My Sweet Lord” and “What Is Life,” with “Isn’t a Pity?” and the album’s title track probably not too far behind—and overlook the rest merely for the sake of practical convenience. In fact, Harrison himself considers “Apple Jam,” the third and final part of the album which consists entirely of improvised instrumentals, not really a “part of the record” and more of a “bonus,” hence the special label it was originally given. All Things Must Pass might have consistently charted a few different times since Harrison died in 2001, but when’s the last time anyone casually re-listened to the 11-minute “Out of the Blue,” a song so keyed up that, if you paid close attention, you could almost receive a contact high?

Yet, it’s an album like All Things Must Pass that thrives under the conditions of quarantine, a purgatorial state in which our relationships to everything from people to our own history are indefinitely displaced. The record’s surface delights thinly conceal a deep well of complex emotion about the faith we place in others and extend to ourselves, and how we survive the times when it’s not reciprocated. There’s yearning in Harrison’s voice, but it’s never desperate or misplaced. It comes from a place of inner peace, the assured knowledge that longing, and the possibility it will never be sated in the mortal realm, are natural hazards of a life well lived. Even “Apple Jam” gains contextual resonance from its sequencing: structure inevitably gives way to disorder because technique and spontaneity are two sides of the same coin. (In fact, if I were committed to following a particularly half-baked theory, the shift from pop craftsmanship to extemporaneous stoner jams might be an applicable metaphor for America’s trajectory into a post-COVID society. But let’s not get carried away.) All Things Must Pass exudes a specific brand of spiritual optimism that could serve as a potent, albeit temporary antidote for our current malaise. After all, like the man says, it’s not always going to be this gray.