I Love You, KK Slider 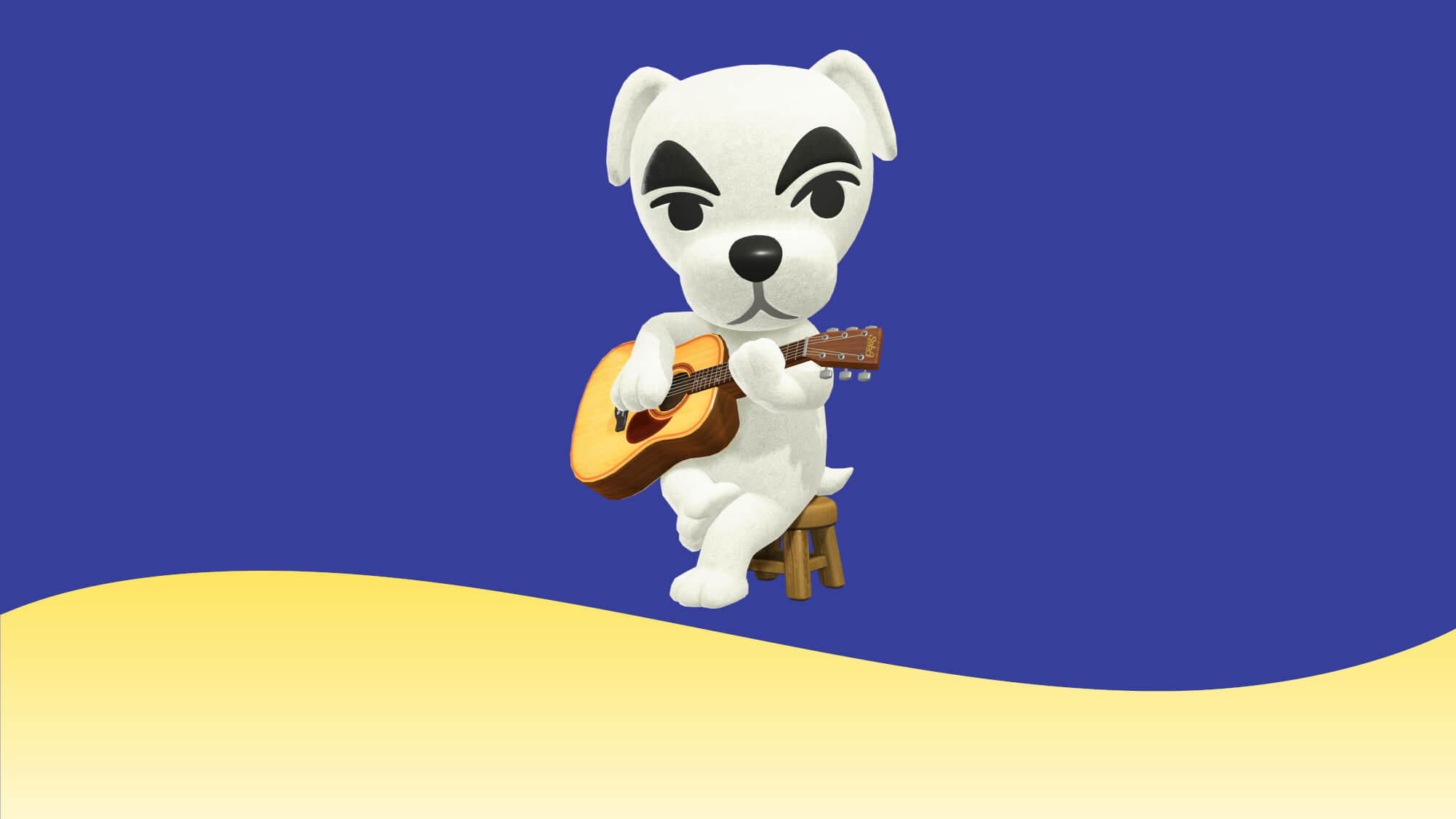 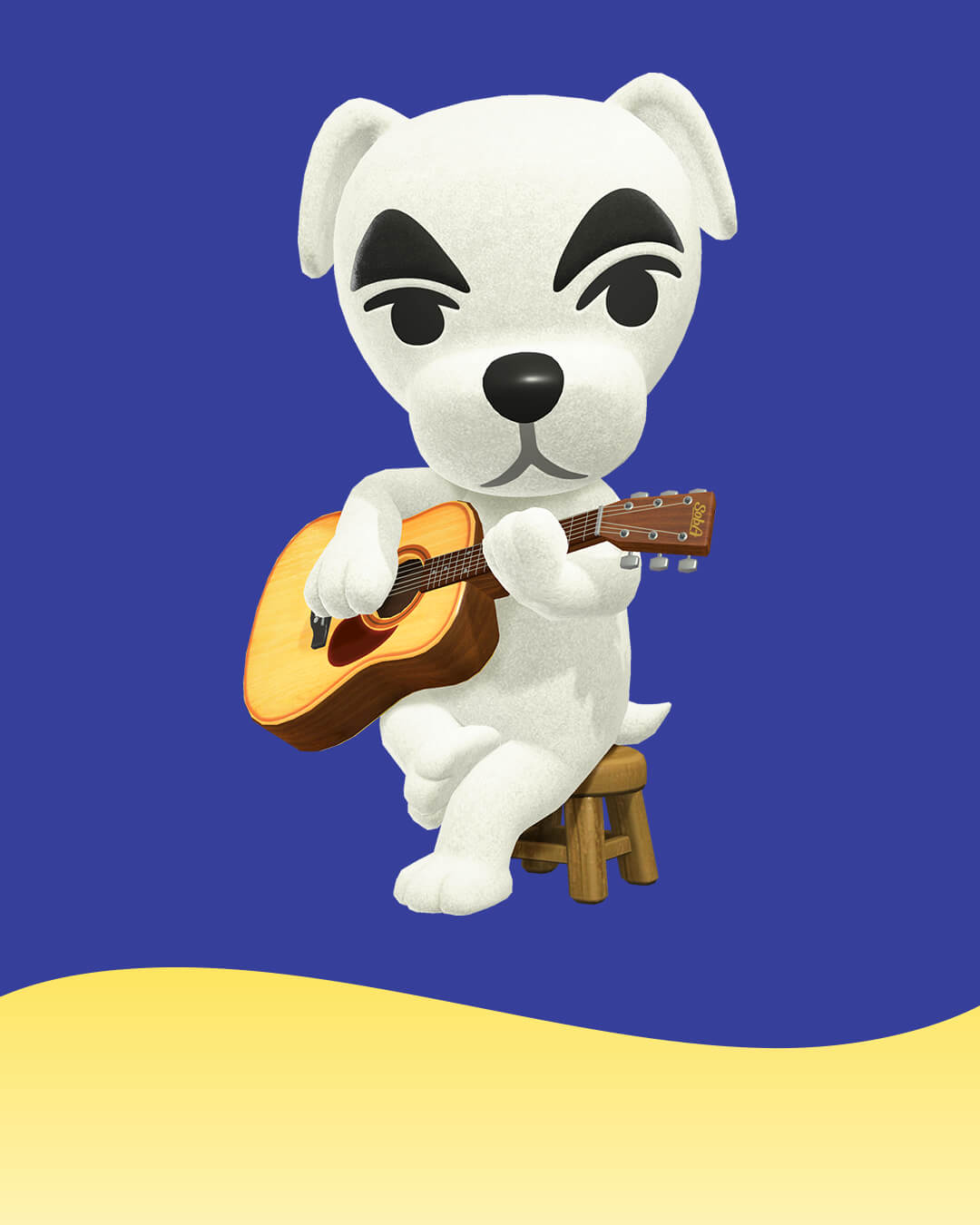 ou might not know it by playing Animal Crossing: New Horizons—undoubtedly one of quarantine’s pop culture MVPs—but KK Slider, the troubadour dog, has a long track record. If you’re looking up character rankings (and you might be, because there’s a black market for them) KK will be rated very low, lower than most other NPCs. And I get that! New Horizons has introduced a host of memorable NPCs, from the anarchist punk bug collector Flick to the fishing vlogger CJ. (We shall not further discuss the evil Zipper). But if you’re not vibing on KK, you’re selling him short.

While it’s true that KK has been sidelined somewhat in the new format, new Horizonsheads shouldn’t underestimate the legacy. Because it is legendary. A true post-genre star, KK’s music lives in every format—country, pop, rock, rap, reggae, jongara. Since setting up at the train station’s open mic night in the original Animal Forest and Animal Crossing, the nature of his character helped establish the series’ signature charm.

KK is named after Animal Crossing composer Kazumi Totaka, and his early songs reflect the sonic contours of the game they lived in. Meaning, they’re simple and chip-tune-y, but also sort of beautiful and melancholy all at once. (“Two Days Ago”, forever). Though the songs have evolved in their complexity slightly, they’re still eerie in their beauty—scope the new French cafe-style jam “Animal City” and the sparse and unusually playful “Farewell.” And while KK has certainly explored sounds all around the radio dial, he remains true to his radical roots—as ever, anytime you request one of his old songs, he’ll toss you the bootleg of the recording as soon as he’s done performing.

glow up (art submission by @fvckrender)

A post shared by ANIMALCROSSINGFASHIONARCHIVE (@animalcrossingfashionarchive) on Apr 23, 2020 at 5:18pm PDT

When you boot up New Horizons, you’re greeted by KK. But that’s the last time you’ll see him until you trigger the in-game concert that represents the culmination of the game’s narrative portion. His presence after that is of an itinerant nature; he’ll come to your island on Saturday nights and let it ride. Most of your villagers will be there, vibing out—KK’s presence on your made-from-scratch island is basically a visit from Beyonce, in the game’s world.

Truer words have never been spoken than those of the blues-singing dog that visits your dreams in Animal Crossing.

‍
As someone who has decorated his Animal Crossing home with dozens of images of KK, to the point where even I’m kind of creeped out by it, his modern energy suits the moment. While it’s tempting to find the right real-world comparison to KK—Springsteen? Taylor Swift? Elvis?—his stately presence makes it beside the point. His imagined musical legacy feels separate from his own historical reality. It's so much bigger than all of this. So next time you're looking to kill a few hours on a Saturday night, pull up a wooden stool and listen to a modern master in top form.