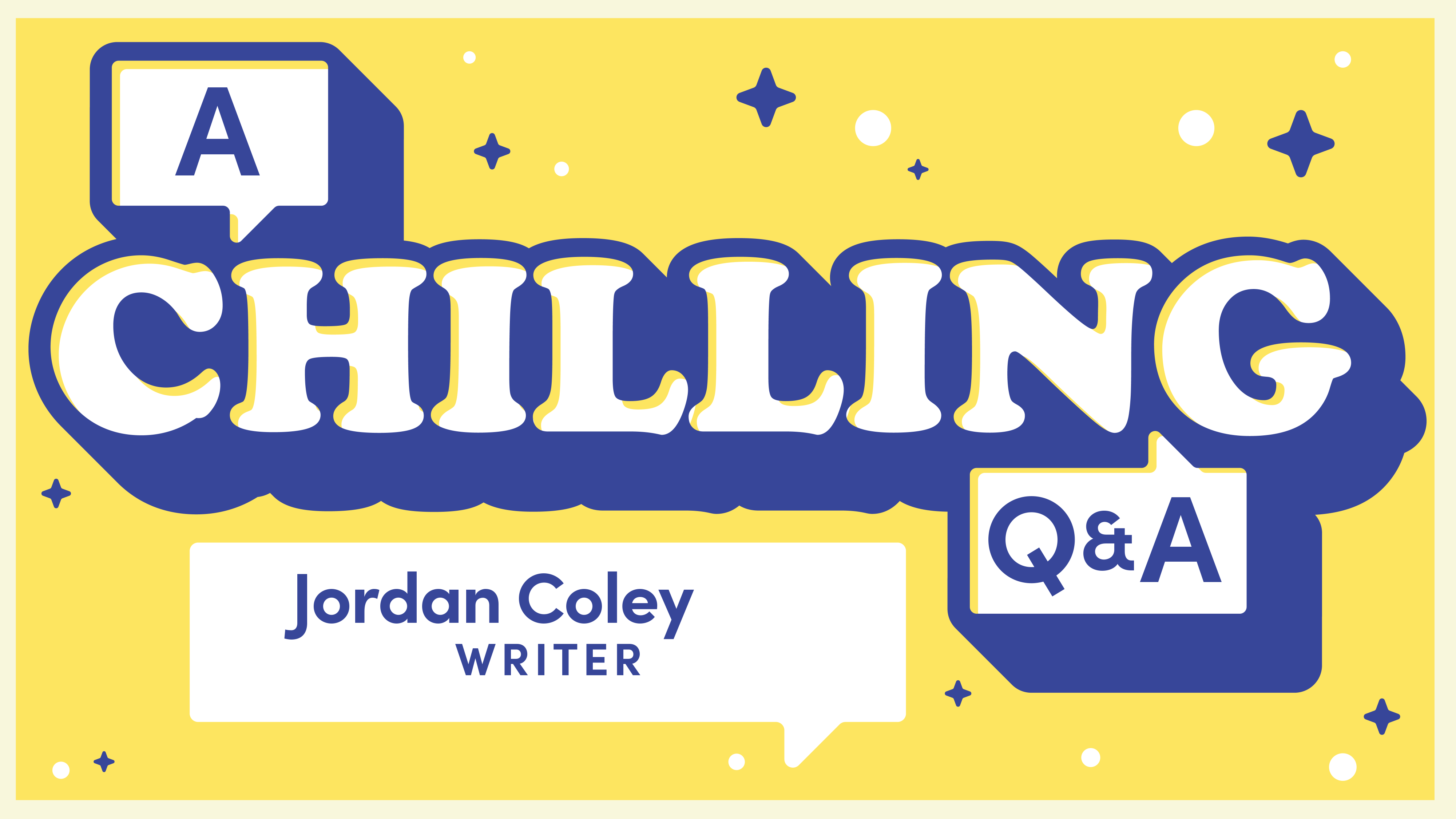 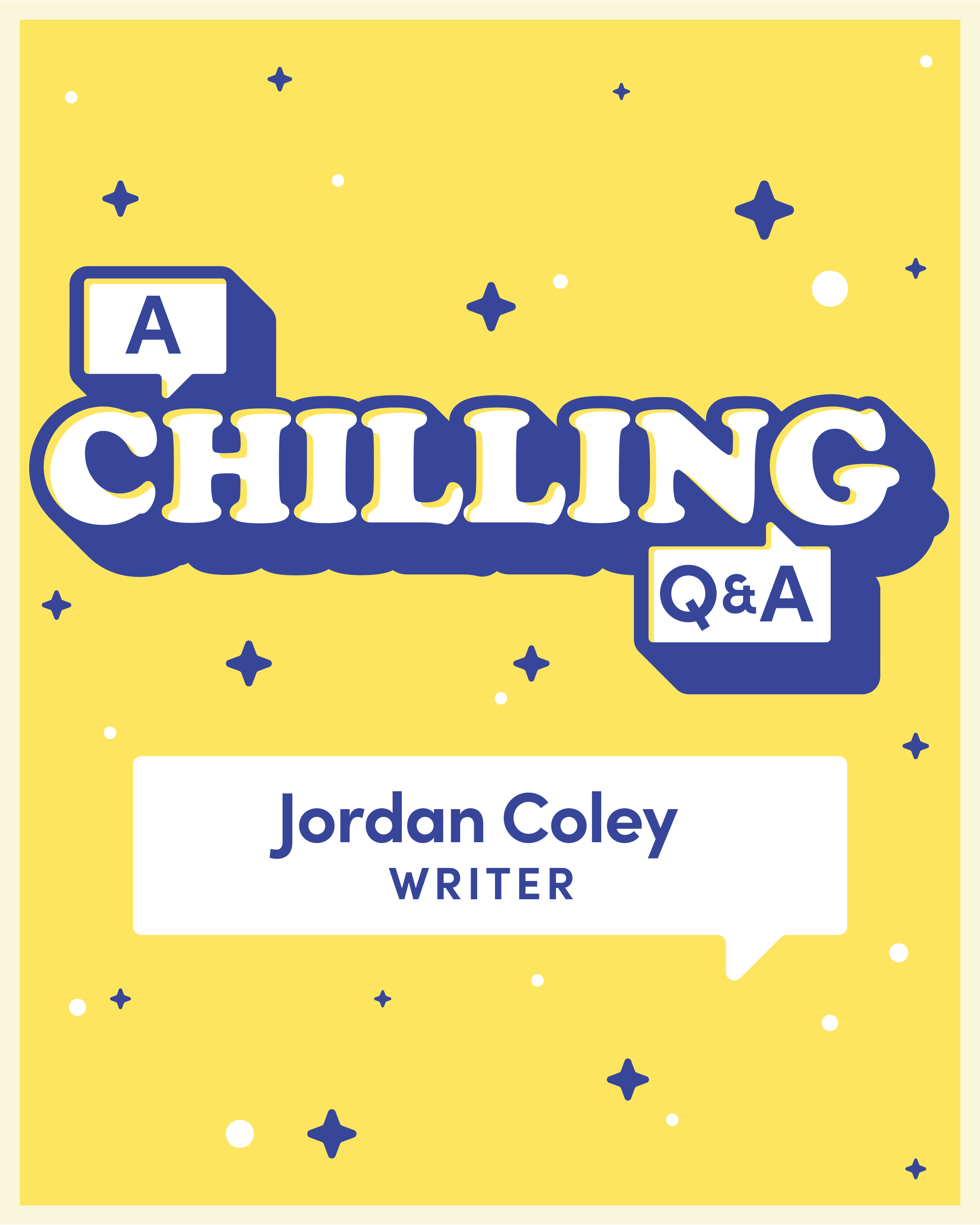 Chilling with the gifted writer and "Titanic" enthusiast

ordan Coley is a Brooklyn-based writer with bylines in GQ, The New Yorker and many more.

I'm not much of a playlist person. I like a good assignment, so I basically only make them when someone requests one from me. Most days I'm just listening to my recent likes. As of this writing, "Feel It Boy" by Beenie Man and Janet Jackson is the early favorite for my personal song of the summer.

I just absolutely bodied season one of "True Detective" last week.  I could watch a bug-eyed Matthew McConnaughey suck down Camel Blue's all day, but I was honestly most struck by Woody Harrelson's performance. The way he embodies that specific genus of morally-bankrupt, self-deluding white patriarch was very "all my little league baseball coaches"-type beat.

What's an older show or movie you recently picked up and loved?

Around December I got really into Martin Scorsese's "After Hours" (1985). I rarely re-watch movies, but I think I've already gone back like twice now. It has all these notes in it — terror, suspense, melancholy, slapstick — and it all feels so tidy like a good episode of television. I also loved "Klute" (1971). '70s New York and Jane Fonda, the GOAT. What more do I have to say?

My most watched movie is probably Titanic lol. I haven't watched it in years, but there was a period of my adolescence where I felt like it was almost always on. TNT ran into the ground on syndication. Plus, it was one of the few things my aunt had on VHS, so whenever I was over there and tired of playing games on miniclip.com, I would simply board that doomed ocean liner.

Like many people, I've been trying to look at screens less. I also historically have not been much of a novel reader. In an effort to be less dumb, I've been reading more of them. Right now, I'm working on Sula by Toni Morrison.

There are a number of candidates, but one clear frontrunner is "I'M ON SOME" by Gunna. Gunna's voice, delivery, and specifically the way he pronounces "baguettie-getties" has a soothing effect on me. I remember driving on the highway at some point last years and this song coming on and my girlfriend saying that she literally saw my shoulders drop.

My Marantz stereo. It was the push I needed to buy a nice turntable and start up a record collection. It also has an AUX, so I can play stuff off my phone and also connect it to my tv if I want to hear the Titanic sink in surround sound. 😈

As I mentioned earlier, I don't read a lot of novels, but I do read! My favorite thing that I read in the past year has been Les Blancs: The Collected Last Plays of Lorraine Hansberry. It features three works, including an un-produced teleplay she wrote for NBC to commemorate the centennial of the Civil War. My favorite sections are the "critical backgrounds" that accompany each work and provide insight into Hansberry's intention in writing and the context within which the work was made and received.

No, hobbies are for squares. My whole life is a movie!

My at home workout routine has basically been the same since I was 10. I try to do 50 pushups and 40 crunches every day. Some days, I'll put on one of those 15 minute HIIT workouts from YouTube. Otherwise, I play basketball, skateboard, and ride my bike for cardio.

What's your most-worn item of clothing?

Probably my grey hoodie from the homies at Brother Brother in LA.

What's your most frequently made recipe?

The Bible - gotta get right with God 🙏🏾. Also, A Brief History of Seven Killings by Marlon James is pretty cool.

Spongebob Squarepants seasons 1 & 2 are some of the funniest, weirdest hours of television that have ever been made. I'm all in on the nautical nonsense!

My mom is from Jamaica and growing up, a nice English cup of tea was always being brewed - in the morning, in the afternoon, if we had a visitor, if we didn't. These days, I'll brew myself a hot cup in the morning (typically something un-caffeinated like peppermint), in the afternoon (english breakfast or green to give me an energy boost), and then after dinner (chamomile or ginger).

I don't track my screen time, but I'm almost certainly on Twitter the most. For better or worse, it's my meme hub, source of NBA news, font of industry gossip, place to put my many and varied inane thoughts.

Air Bud. That dog wasn't doing all that.

The one they ignore :(

The Great Gatsby. It's a simp masterpiece.