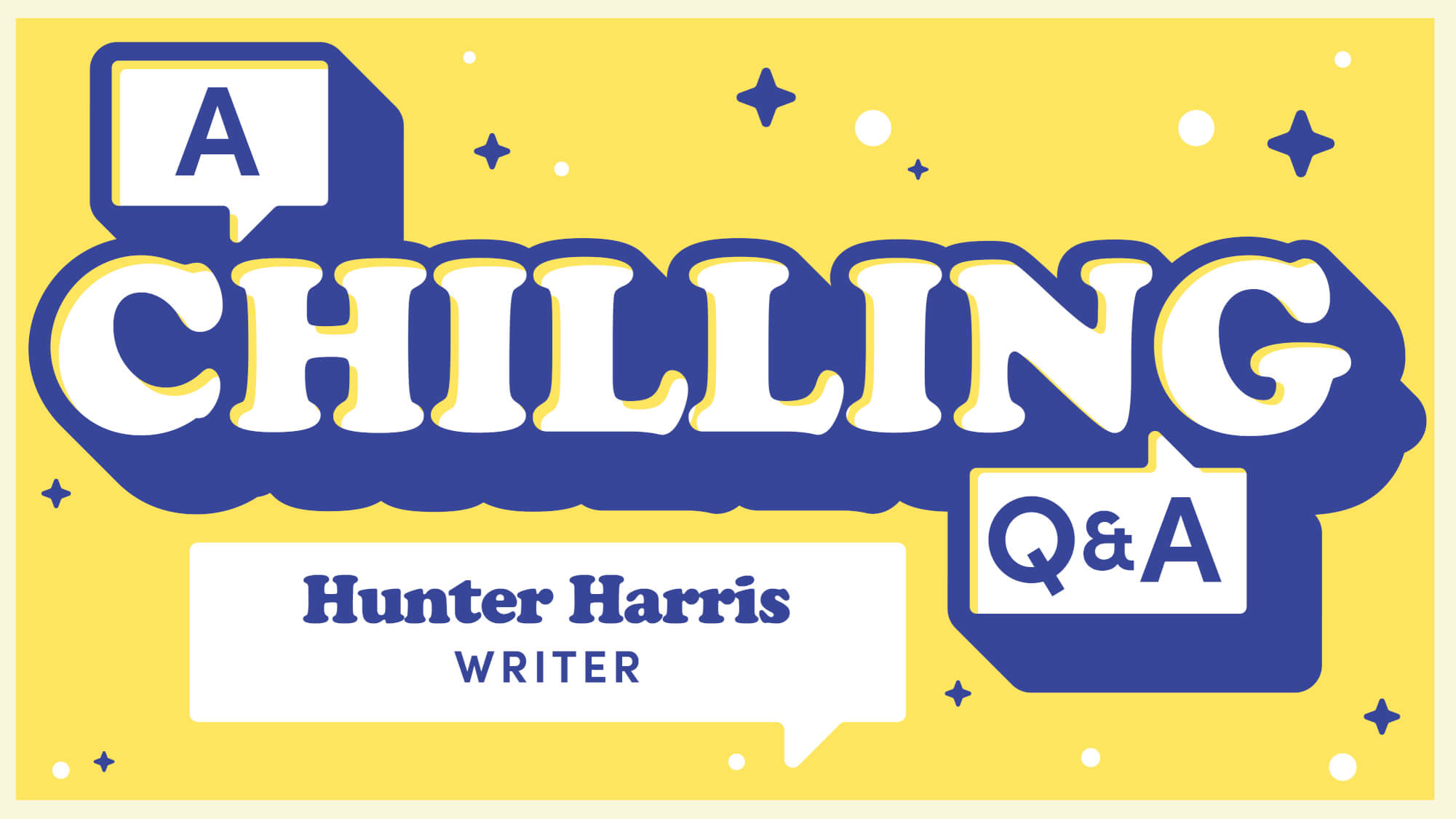 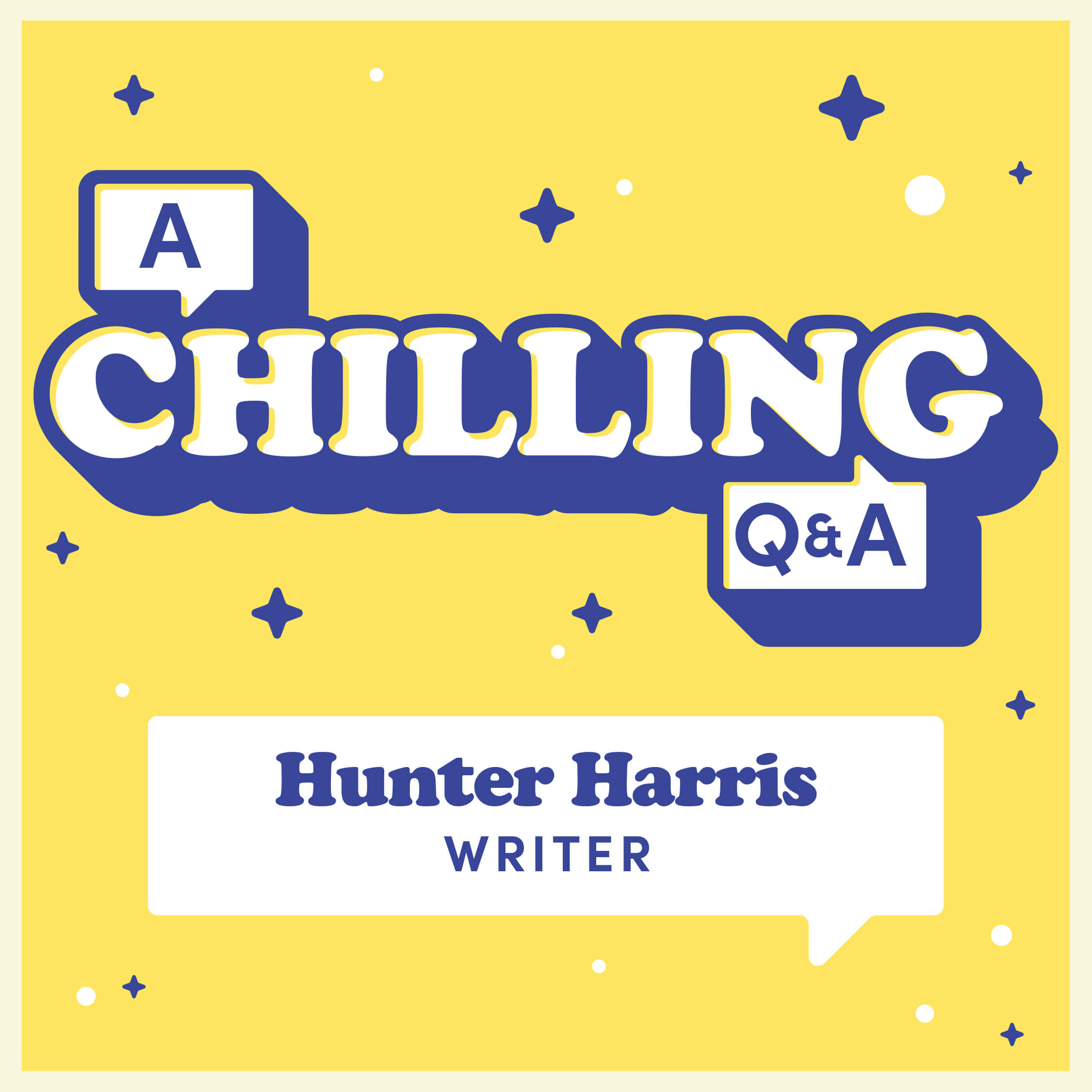 elcome to the Downtime Chilling Q&A, where talk to some of our favorite cultural writers about just about anything you can experience in your Jambys. Today we are talking with Hunter Harris, a culture writer at New York Magazine. Recently, she wrote Town & Country's cover story on Sharon Stone, interviewed the real Erin Brockovich, and penned a devastating tweet about Blake Shelton. All words are mostly her own.

Don't ask me how I found this but: "RY RY'S TOOT TOOT BEEP BEEP PLAYLIST." It's a great collection of disco from Donna Summer, Cher, Diana Ross, Rick James, etc.

A couple months ago I became obsessed with Lily Tomlin. I came across a Film Society at Lincoln Center program from a year or two ago of her old movies, and I just followed their guide and whatever was streaming. One of those movies was All of Me, directed by Carl Reiner, and co-starring Steve Martin. It is incredible — laugh out loud funny, surprising, and so charming. (Martin got an NYFCC award for his performance, which is truly something to behold; Lily Tomlin is a rich brat, and there is a body-swap sex scene you have to see to believe.) Streaming now on HBO/HBO Max.‍

The only thing I use YouTube for is watching live Whitney Houston performances, and the Golden Girls gospel remix. This video of Whitney Houston singing a few lines of a Patti LaBelle classic makes me so, so happy:

‍
What's your most watched movie of all time?‍

Erin Brockovich or maybe Pirates of the Carribean. I went through phases as a tween/teen when i was obsessed with both (separately) for a time. As an adult, I watched Wolf of Wall Street at least a dozen times in a month when I first moved to New York, I don't know why, but for a time I found it very funny and comforting.

My laptop and probably my headphones. I will be watching a movie.

What's been your most played song during quarantine, and why?

Without a doubt something from the Haim album. I don't even have precise data because I lived with that album for two weeks while I was profiling them, and just streaming it from the label link. "3 AM" is for dancing. "I've Been Down" is for yelling at the top of my lungs. "All That Ever Mattered" is just for vibing. (If not Haim, I've been listening to "Nite and Day" by Al B. Sure a lot, for no particular reason.)

The one where the girl just reads a tweet thread about what gen z lawyers would say: "But that gag is, you weren't even there your honor," "presenting evidence and saying 'this you?'" I sent it to my dad, a retired judge, and he was not so amused.‍

What's been your best quarantine purchase?‍

Not technically a purchase, but I moved into an apartment with a private patio and a roof deck. When eye SAY it changed my life ...

When Jada Pinkett Smith tweeted "There's some healing that needs to happen. I'm taking myself to the red table."

Have you developed a new hobby during quarantine? If so, what is it?‍

I have tried to start minding my business. I've been unsuccessful so far.‍

Are you working out at home? What's your go-to home quarantine workout strategy?‍

I really dislike denim shorts. I'm very particular about the denim I wear anyway (this is a long story, but I refused to wear jeans for like five years), but I generally find denim shorts to be very uncomfortable. As an alternative, I bought a pair of bike shorts from Aritzia, and a couple pairs of men's Nike shorts. They're shorter than basketball shorts, and loose but can sit high enough on my waist. I consider them jambys for the out-of-doors. I love them. I own them in three colors.

What's your most-frequently made recipe?‍

I can make the fuck out of some twice baked potatoes, loaded with cheese and bacon bits. I make the bacon fresh, it's the only way. Second runner up is Alison Roman's creamy cauliflower pasta.

‍What's the title of the Spotify playlist you're most ashamed of other people seeing you listen to?‍

In college I made a playlist for pregames called "Rated R for Ratchet." I was 19. No further questions at this time your honor.‍

What's the book you recommend over and over?‍

Kathleen Collins' collection of short stories, Whatever Happened to Interracial Love? It is my favorite book, I think. The titular story is about how a pair of young interracial couples foolishly think their romances are consequences of a revolution and also victims of it. There's a great story about a cocky know it all filmmaker that I love too, and another where a white family friend observes the slow failures of black family that has charmed and bewitched him. My favorite is about a woman getting a haircut, and deciding to leave her husband. It is simple but profound.

‍You can re-watch one show for the first time again fresh. What is it and why?‍

Michaela Coel's Chewing Gum. It is no longer streaming on Netflix, but it is so, so good.‍

What do you drink when you're at home most often? (Can be alcoholic, non-alcoholic, or even vessel-specific, if you drink water out of the same massive cup or something)‍

I always drink ice-cold water out of my Swell bottle. (My roommate leaves water glasses sitting out around our apartment and it makes no sense to me. Why not just use your water bottle all the time?!) If not water, a fat, full-bodied red.

I never risk my Jambys.

‍What's your average screen time during quarantine? What app have you used the most, and why?‍

i no longer recognize the authority of screentime

‍What's your recommendation for someone who always re-watches the Office and wants to try something new?

The movie In The Loop.

‍What movie has aged the worst for you?

I always imagine, in retrospect, that A Star Is Born has aged poorly, or that I was wrong to love it as fully and completely as I did. But then my Spotify shuffles to one of Ally's sellout bops and girl ... I'm right back in that movie's clutches.‍

What's your personality in your main groupchat?‍

My personality in my main groupchat is: "fjkdla;fjkdlajfkdla;" because no matter what my friends come up with the absolute craziest ways to drag me. Either that or: "has anyone seen Roger Deakins."

‍What did you think when you first heard about Jambys?‍

I thought they seemed comfortable, and perfect for sleeping in. I remember Andrew posting about them before we'd actually gone out but were just texting. I thought "now I have to go out with him, to get a pair." By date two I had them, but when we stood up to leave the restaurant he thought that I just discarded them under the table, which is honestly hilarious.

‍What's something else you're thinking about or engaging with? ‍

It doesn't make sense to me that HBO Max has Before Sunrise and Before Sunset but not Before Midnight.