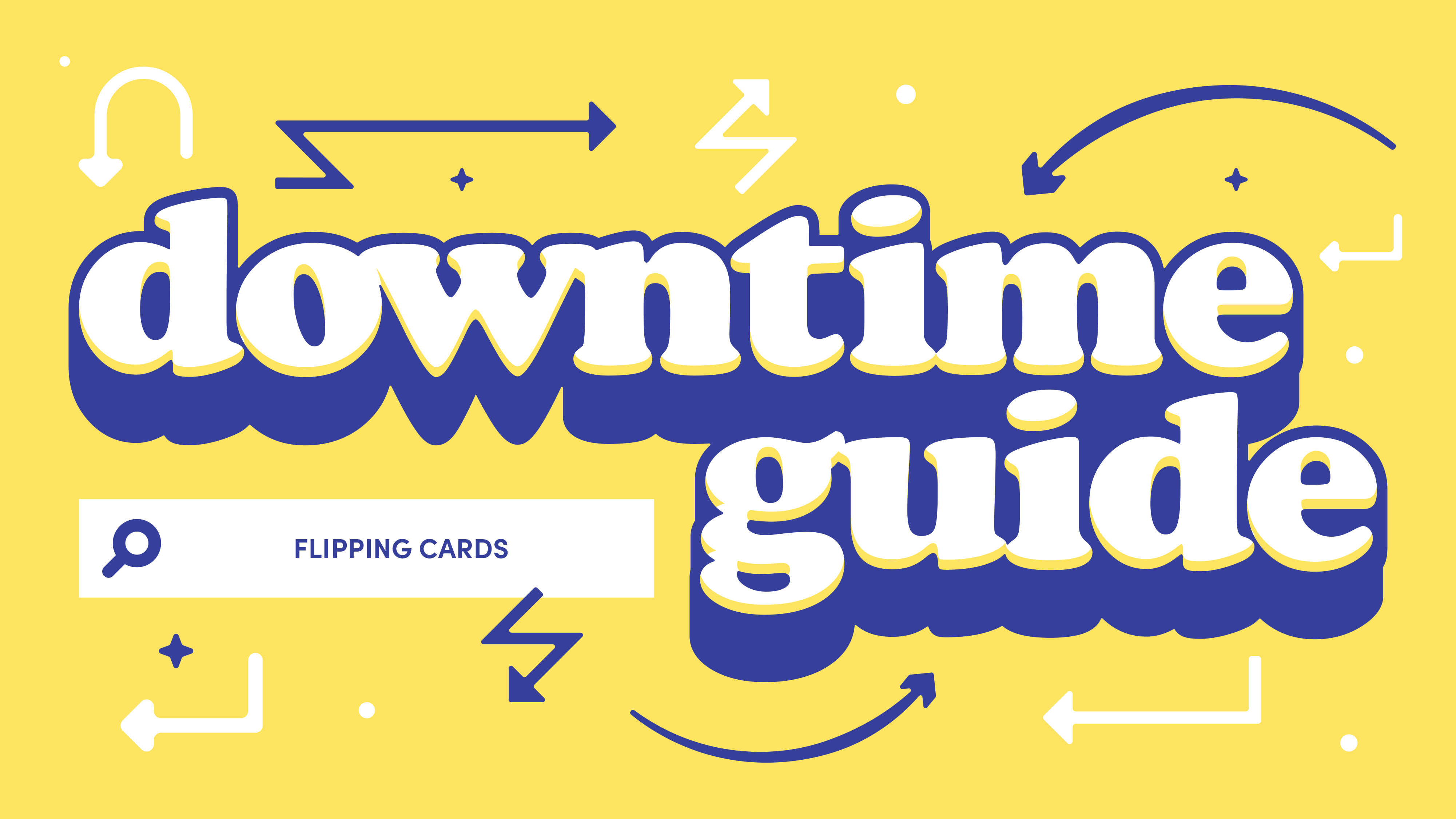 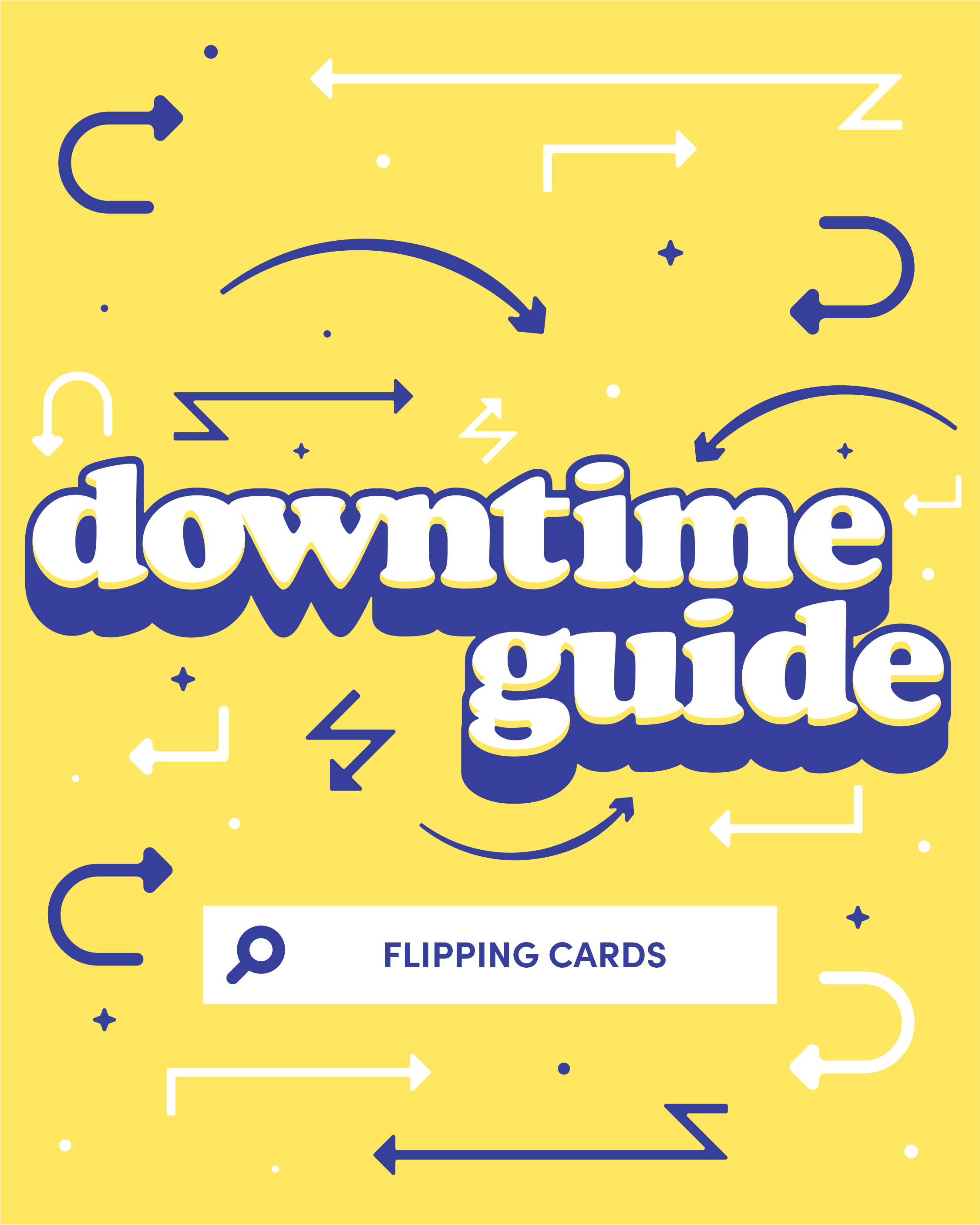 Cards! They're back. Here's how to flip them into real money.

ou’ve probably heard that trading cards are a thing again. At some level, this felt inevitable: everything else about the ‘90s has been coming back with a vengeance, including a new Space Jam movie. Why wouldn’t trading cards come back, too?

Still, the card world can feel like an impenetrable insider’s game, adjacent to the crypto and sneakers crazes. There are so many categories, and valuations are all over the map. How can you tell if you’ve got something really good, and what do you do next? And is it too late to get in?

Good news! It’s not too late, and therefore Downtime has decided to do a whole guide about it. In this guide, we’ll cover how to find out which cards in your collection have value and how to get them graded and sold. (We don’t have a guide for what to do with your new riches, but might I suggest a celebratory apparel purchase?)

A few disclaimers, before we get going: This guide will not cover the really high-end of the market. If you have a PSA-grade 10 Honus Wagner, you almost certainly already know about it and congratulations on your upcoming purchase of a private jet. Moving on!

Going through my old collections, one thing was abundantly clear as I worked through the stack: the cards I had that I considered valuable when I first collected them are still my most valuable cards. Sure, there’s a few exceptions to that, but in general, if you had put aside your keepers separate from the volume of your collection, go straight toward that pile, because that’s where the value still likely is. You might find some gems working through piles of randos. But, that’s a more time-intensive hustle.

So, if your game is Pokémon cards, head straight for the holograms. Basketball cards—like always, whip out those Jordans you encased in plastic the second you unwrapped them, dreaming about the eventual value. Now is the time to realize it.

Like with anything, you know what your time is worth, so act accordingly. If you want to rip through old stacks, though, go for it. Trust your gut.

One of the benefits of the card-a-ssaince is that there’s information aplenty when it comes to card values. Like with most flipping subjects, eBay is my go-to, but you can also see good real-time data from places like StockX, which has put a ton of money and energy behind building out their card library.

So, let’s say you’ve pulled a handful of cards from your esteemed collection. Congratulations! Now, start a spreadsheet. Listen, it’s better than it sounds: if you take the reins now, organization-wise, the intake process for your cards is going to be seamless. You’re just copying and pasting, at that point. So just pop open a Google Sheets and knock this shit out.

The most valuable advice I have is the same advice any seasoned flipper will give you: when you’re looking up values on eBay, be sure to search Sold items only. Maybe it’s just me, but I feel like eBay sneakily moves the Sold search box; it’s on the left side, a couple scrolls down from the top. This way, you’re seeing actual market values for your cards, and not speculation; eBay resellers make a living off of having more information than you do, when it comes to selling their wares. They’re banking on the fact that some people won’t do the research. Check the box, scope the last few sales, and go forth with that number.

Compared to the days where every mall had a card consignment store, the nature of “grading” cards is something that’s become industry standard since the 90s. The top grading service, PSA, had such a backlog of cards in 2020 that they halted some of their grading operations. This was a small setback; PSA is the most respected grading service (Beckett is second best), and their grades hold more value in the marketplace. All things being equal, you want a PSA grade, and it’s worth waiting a moment to get it.

Luckily, PSA has adjusted their process, which basically amounted to them hiring a ton more graders. Now, they’re back open, as of July 1, with some services still suspended. Here’s where your values come in: PSA uses a tiered system, based on value. For example: if your card is up to $500 worth in value, it costs $20 to grade it. If your card is in good condition, this is well worth it, because the delta on “graded” versus “ungraded” is almost always much more than $20.

If you’ve been keeping a spreadsheet, you’ll find that the PSA submission process is very easy, because you’ve already logged your cars and their equivalent values. Keep tabs on PSA’s policies in the coming weeks, and you’ll be ready to rock when the desired service is back open to you. Or, wait a couple of months—going through cards is a good fall/winter activity, for those seasonally affected—and send them in then. This market isn’t going anywhere for the near future.

So, you’ve gotten your cards graded. Now what?

The timing of your selling is dependent on your goals; are you going for the maximum possible take, are you just hoping to clear out some old collectibles, or a mixture of both? eBay is the best place to plop your best cards for maximum value, but it’s also worth looking into what card sellers in your area are looking for. Card shops still exist, and their entire operations are devoted to this new economy; pop by one, or give them a call, to get a sense of what they’re offering for your card. Many of these stores have online hubs you can browse through. The more information you have, the better.

Let’s say you’ve cashed out and want to start the cycle all over. What’s the best place to invest?

Rookie cards. As long as cards are around, Rookie cards will always be demanded and celebrated. Rookie cards hit the sweet spots of card collecting fandom: scarcity, “next big thing,” cards that can potentially skyrocket in value. LaMelo Ball rookie cards have already quadrupled in value; ditto Bobby Witt Jr rookie cards. Luis Robert’s rookie card went viral because it was selling for tens of thousands despite the notable fact that Luis Robert had not yet graduated to the majors. You don’t even need to know sports to be able to guess who the big rookie cards will be; some light Googling will be all you need to get a sense of things.

Another idea for investment is boxes. Buying entire boxes of vintage cards has become a pretty surefire content shape in the streaming world; there’s just so much potential for a big surprise, because many of these boxes are guaranteed to contain rare and coveted cards. If you have some scratch generated from cards, this is a good way to stay invested in the card flip.

Or you could just, you know, enjoy your money. You've done the work. The choice is yours.