A Guide to Getting Into ‘Home Movies,’ The Greatest Adult Swim Show of All Time 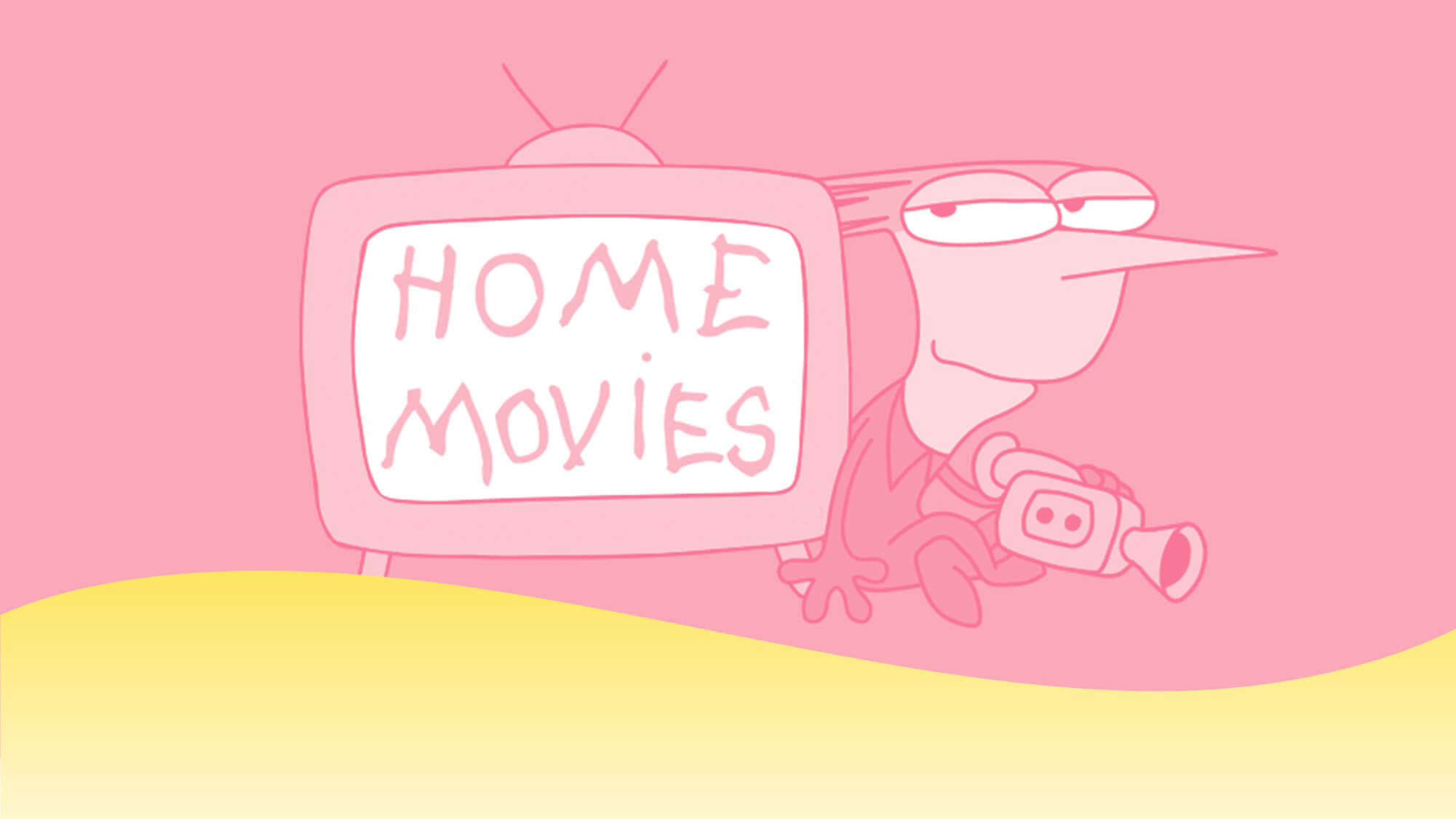 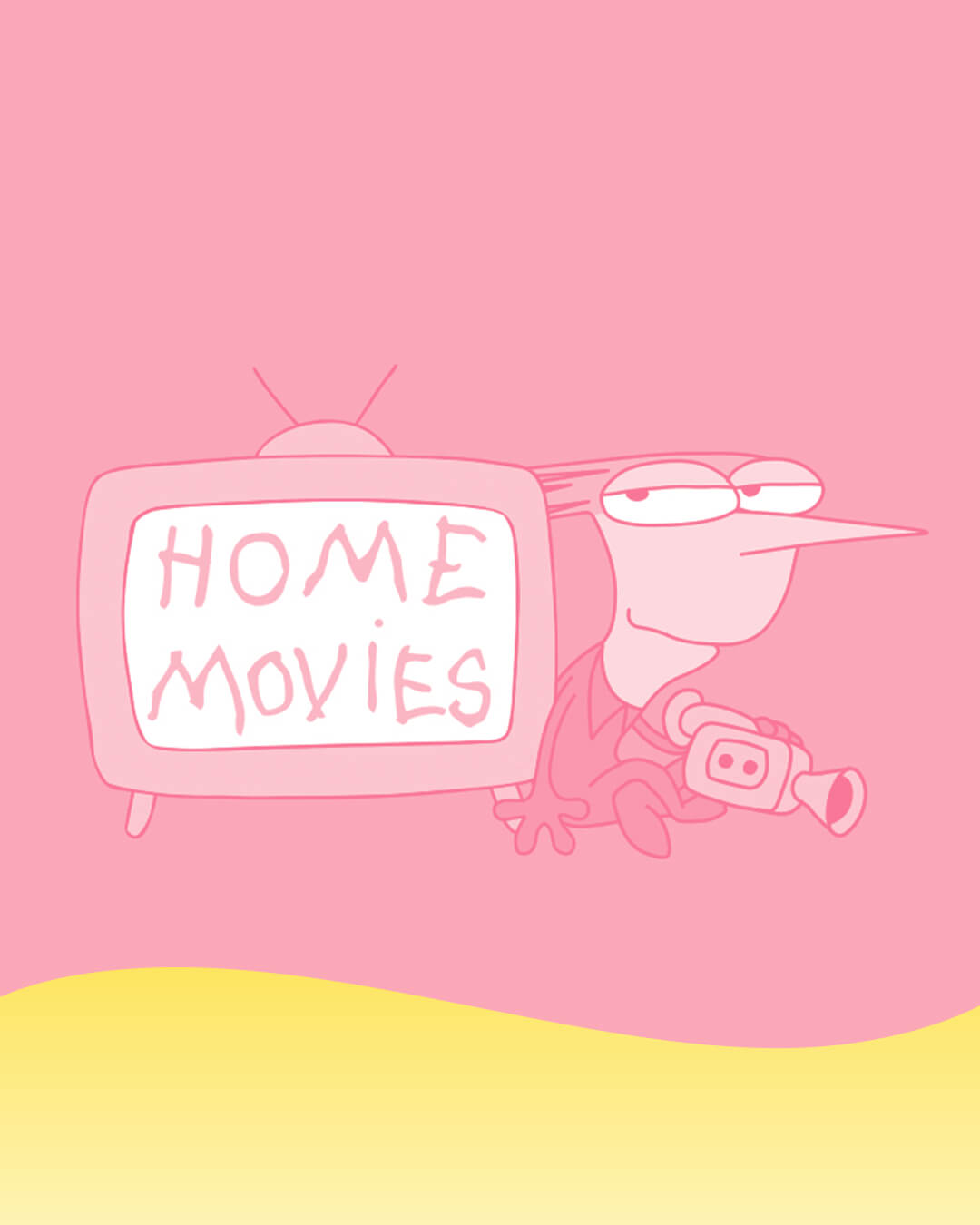 The cult favorite animated series has an unusual amount of warmth. Plus, it still holds up.

ost fans of the early-2000s animated sitcom Home Movies discovered it by flipping through cable in the middle of the night. The show couldn’t help but catch your eye: 8-year-olds wearing pajama-like onesies and talking like neurotic 30-somethings, the nonsensical movies-within-the-show stuck between scenes, an elementary-school soccer coach spilling anti-wisdom to his players about getting tattoos and convincing women to sleep with you, and so on. The look and tone was immediately distinctive. Once you familiarized yourself with the warped cast of characters and rambling flow, it was easy to love.

The series was the brainchild of writer and animator Loren Bouchard and comedian Brendan Small. In aesthetic and comedic approach, it followed in the footsteps of the Comedy Central series Dr. Katz, Professional Therapist, on which Bouchard had worked. The first season of Home Movies featured Katz’s swimming Squigglevision animation and some of the same cast members, including standup H. Jon Benjamin and Jonathan Katz himself. Home Movies also borrowed Katz’s approach of reverse-engineering animation from extended audio tracks. Whereas Katz integrated recordings of real-life standup routines, Home Movies was fully built off of dialogue improved from very loose scenarios. The show ran on broadcast channel UPN for a few episodes before being picked up by Cartoon Network, who wanted to include the show in a new block of late-night cartoons catering to adults. Thus, in 2001, Home Movies became the very first series to air on Adult Swim.

While Home Movies helped define the house style of Adult Swim, it differs significantly from better-known early offerings like Space Ghost: Coast to Coast, Harvey Birdman, and Sealab 2021 in that it resembles more traditional sitcoms. The action revolves around 4th grader Brendan Small, who films hundreds of elaborately conceived movies in his basement with his friends Jason (Jon Benjamin) and Melissa (Melissa Bardin Galsky). Making movies is all Brendan seems to be interested in, often turning them in instead of papers in school, to the chagrin of his single mother Paula (first Paula Poundstone, then Janine Ditullio), with whom he has a charmingly dysfunctional relationship.

The kids’ filmography includes both absurdly ambitious projects and extremely haphazard ones (I like throwaway stuff like “O ‘Pinion Where Art Thou,” about a man who goes to a psychiatrist because he has no opinions about anything.) The bigger productions usually feature original music by the de facto fourth member of the crew: Dwayne, the guitarist, singer, and bandleader of Skab.  (The show’s music was written and performed by Small, with help from Bouchard.)

His towering achievements include a musical based on Kafka’s Metamorphosis, the complete score for the space opera “Starboy and the Captain of Outer Space,” and a Tommy ripoff called “Timmy.”

‍
There are two main inroads to falling in love with Home Movies. Either you gravitate towards the kids and the actual “home movies” or you become obsessed with the character of John McGuirk, the friendless and alcoholic 38-year-old elementary school soccer coach who doesn’t know how to play soccer (“Everyone on my team...play the game of soccer!”). The character was a career breakthrough for Jon Benjamin, whose future work on Archer, Bob’s Burgers, and other better-known projects would cement his legacy as one of the great comedic voice actors of his time. Still—thanks not only to McGuirk, but also his characterizations of Jason and countless side characters—Home Movies still marks the creative highwater mark of his career.

Episode-to-episode, the comedian ad-libs countless unforgettable McGuirkisms and strings together an hilariously convoluted backstory for the coach. He dropped out of college after a couple of weeks after joining a “gang” that was actually an experimental theater troupe. He worked as a “roadie”—or a “helpie,” since the band never went anywhere—for a local cover band. He was nearly a Scottish highland dance champion. He pays for most things by demanding money from kids or stealing blank checks from his coworkers. Despite his desperate attempts to cultivate a macho aura, he has a crippling fear of sex.

“Who cares?” McGuirk advises Brendan at one point, discussing a schoolyard breakup. “You’re 8. You have your whole life to be miserable.”

In the second season, the show would expand to accomodate more than McGuirk and the kids’ huge personalities, building a colorful supporting cast of extreme weirdos. Regulars include fourth grade teacher Mr. Lynch (Ron Lynch), Paula’s demented community college boss Mr. Lindenson (Andy Kindler), spoiled only-child Fenton Mulley (Sam Seder), and school bully Shannon (Emo Phillips). But the show’s true secret weapon is the team of Brendan’s classmates Walter and Perry, voiced in a shrill high octave by Small and Benjamin (who else would have taken something this bizarre and run with it?). The hyperactive pair dress like late-19th-century German schoolchildren; for some reason, Walter looks like a dinosaur or duck and Perry looks like a balding middle-aged man. They steal scenes in the show’s last two seasons pursuing their obsessions—saving a tree they love, getting themselves written into Brendan’s movies, getting married to each other—and randomly threatening to kill people. Anti-characters like them represent one of the main aspects of Home Movies’ genius: Any crazy bullshit that came up within an improvised scene could change the entire plotting and casting of the show.

Home Movies documents a group of alternative comedians at the peak of their inventive powers, trying to one-up each other, and subverting simple plots with insane, high-concept nonsense. If you thought the show was an enjoyable watch as a middle or high schooler, you’ll be surprised about how rewarding—even more, perhaps—it feels two decades on. The obliqueness and implicit darkness of the characters makes it seem like it could have been made yesterday. Most importantly, it’s consistently hilarious across its entire four-season run. A binge watch, which takes only a couple of days, is a guaranteed way to dispel crippling anxiety and existential dread for a little while. As a guide to newcomers—or those who have forgotten the ins and outs—here is a short list of defining Home Movies episodes to get you started on your journey.

Featuring guest spots from Mitch Hedberg and Eugene Mirman, his episode revolves around McGuirk leading the kids on a camping trips which ends with him drinking pee from a canteen. “That’s why camping’s great,” McGuirk explains. “because it’s so bad, but you get through it. Then you remember that forever. it’s called a learning experience.”

One of the show’s great musical episodes, it features Brendan battling with Jason and Melissa over whether they are going to film Dwayne’s Kafka musical or “Louis Louis,” Brendan’s plotless short about Louis Pasteur and Louis Braille hanging out (“We are two great men from France!”)

This season highlight is crucial to establishing the pathetic nuances of McGuirk’s character, after he forces the middle school’s new nurse out on a date with him, blacks out, and tries to get her to come to his apartment: “Have you heard of Arabica? It’s a type of coffee that’s supposed to be amazing, and supposedly has almost hallucinogenic effects...I could drink the coffee and hallucinate and you could watch me.”

This is a crash course in the character of Fenton Mulley, whose mom throws him a birthday party despite the fact that everyone in school hates him. McGuirk shows up with beer and dice. The episode also features the greatest Jason bit in the series, showing his downward spiral as a self-destructive candy addict.

The sudden appearance of Brendan’s absentee dad provokes McGuirk’s jealousy: “I don’t like you hanging out with that guy.” Ultimately, McGuirk passive-aggressively forces them to invite him to their regular outings to get pizza.

This one is on the list entirely because of a bit where McGuirk insinuates himself into a golf outing with Brendan and his dad, and insists on wearing a costume and doing an impression of Bagger Vance.

This is a solid pick for the best episode of the entire series. Jason pretends to break his arm because he’s jealous of the attention Melissa is getting at school for her cast. McGuirk gets a serious concussion during lifeguard training and terrorizes Brendan at the library while covered in blood: “Sometimes I think that we’re in the prison and the prisoners are not!”

Brendan, Melissa, and Jason decide to run away from home to be artists in Europe. The episode features one of the show’s greatest one-episode characters: Tom Wilsonberg, a “financial expert” who is mostly just a gambling addict. (McGuirk: “You are actually a lunatic.” Wilsonberg: “Lunatic like a fox!”)

This is probably the show’s greatest posse episode. Brendan directs the school musical, which is a ripoff of Grease with some of the best music Small wrote for the series. This is notable for the return of the bully Shannon, who threatens his way into the lead role. Perry sings “If You Were a Car Instead of a Boy,” an underrated all-time great in the catalogue of Home Movies songs. McGuirk sings a Springsteen-like anthem; and Jason contributes a bossa nova original called “Brazilian Sunspot.”

The episode spoofs Rear Window: Brendan, wheelchair-bound with a broken leg, decides his new neighbor has murdered his wife. Attempting to bartend after dropping out of mixology school, McGuirk tries to convince the neighbor (also voiced by Benjamin) that a beer is a Sex on the Beach.