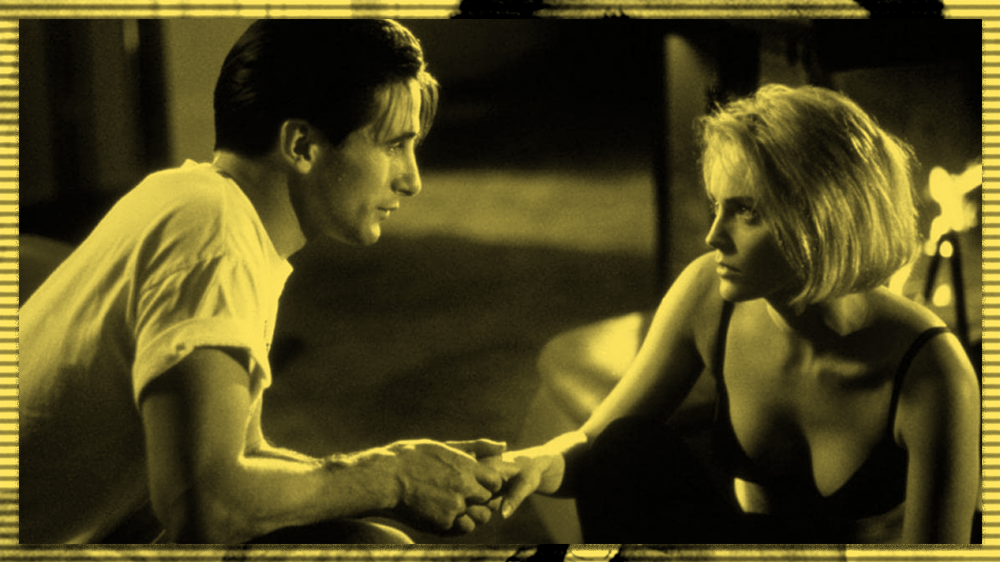 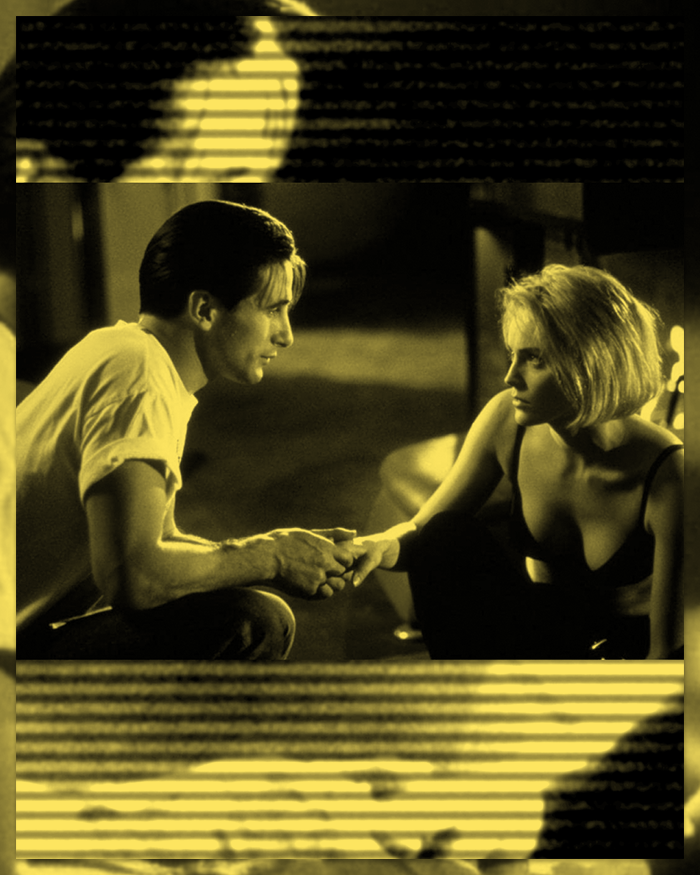 very great now and then, America, a nation founded by puritans, learns to stop worrying and love sex. In the 1970s, the masses started flocking to hardcore pornography. Loosened obscenity laws and the death of Hollywood’s long censorious Production Code opened floodgates few ever thought would burst. Suddenly films like Deep Throat and The Devil in Miss Jones—no-budget sleaze cranked out by exploitation grifters—were grossing as much as disaster movies and James Bond pictures. The trend didn’t last long. For one thing, a 1973 Supreme Court decision redefined “obscenity” and partially neutered the entire adult industry. By then, a once openly thirsty public were primed to feel ashamed about what they’d been watching.

Stone plays Carly Norris, a big-time Manhattan book editor, hard at work on yet another James Dean bio. Carly is nothing like Basic Instinct’s confident killer Catherine Trammell. She’s shy and vulnerable, newly out of a seven-year marriage that went south for vague reasons (though she intimates her ex was no demon in the sack). Newly single, she finds herself nabbing a spot in a “sliver,” the name for the now-illegal ’80s trend of impossibly narrow, one could say phallic skyscrapers.

While Carly is aggressively pursued by obnoxious trash novelist Jack Landford (Tom Berenger), she winds up succumbing to a slightly younger stud by the name of Zeke (William Baldwin). Zeke claims to be a computer video game designer. Is he working on one of 1993’s big computer game releases, like Myst or Doom? Perhaps he’s taking a break after designing Sierra’s newly dropped King’s Quest VI. Or perhaps he doesn’t actually have a job. He takes Carly out on a gym date, then brings her back to his cluttered bachelor pad, which features a Nintendo Power Glove among other boyish accoutrement, for some Massive Attack-backed afternoon delight. Afterwards, he reveals he comes from money, having used a vast inheritance to buy the building where she now lives. What he doesn’t tell her, at least not for another 20 screen minutes, is that he has a Batcave of surveillance TVs to observe and even tape the building’s tenants, including her.

Could Zeke also be the person who’s been randomly killing people in the building for some reason? The plot comes from Ira Levin’s 1991 novel, which brought the author of Rosemary’s Baby back to the subject of sketchy NYC apartment living. In Eszterhas’ adaptation, it’s no compelling mystery. There are so few characters that there are only two possible culprits: Zeke and Jack, and both seem like obvious red herrings, leaving no satisfying conclusion.

No matter. The movie has too much sex on its brain to care about some silly serial killer du jour. Carly is shy about nooky, but no one else is. When a neighbor (Polly Walker) first meets Carly, she casually compares moving to “anal intercourse.” Carly’s bawdy co-worker Colleen Camp, recipient of one of the film’s seven Razzie nominations, can’t stop loudly dropping the word “orgasms” in office hallways. Everybody wants some, not the least Zeke, who at one point actually tells Carly, “I thought we came together.” The music is all trip-hop and UB40 and Enigma, the German electronica band heard in Single White Female and on the ’90s infomercial comp Pure Moods.

All of this sexual energy leaves little room for whodunnit mechanics, and the plotting is so arbitrary that when the studio demanded the entire third act be reshot, they simply changed the killer from one character to another. In the original version, the baddie was Zeke, and presumed nice girl Carly marries instead of rejecting him, even going so far as to blackmail him with an incriminating tape just to keep things spicy. In the truly bonkers original ending (which isn’t hard to track down), they both fly a helicopter into a volcano with their fate left up in the air.

Test audiences rejected this. In the version most people saw, Zeke is just a loser and Carly tells him as such. But in a way, both endings are satisfying, if not as a murder mystery then as a movie about two people who attempt to become one of those crazed couples who inspire each other’s sociopathy. (In one version, they succeed.) For most of Sliver, Zeke could go either way. At first, Carly is uncomfortable with someone as forward as he is, but when she learns about Zeke’s surveillance lair, her concern mutates into fascination. She ultimately baby-steps into deeply unethical territory.

But what if Zeke just sucks and Carly, once again, fell for the wrong guy? (That he’s played by one of Alec Baldwin’s younger brothers, trying and failing to be him despite similarly ample chest hair, is perfect casting.) It’s a funny ending, but not as funny as the original version, where Zeke is just a bored wealthy murderer who kills for fun and finally finds someone willing to join him in his shittiness. It's easy to imagine a modern remake of Sliver, one that would trade in the original's questionable taste for a more elevated sensibility. It would probably star Adam Driver at his most arch. It would be set in Williamsburg, or maybe Bushwick. It would be a miniseries. And it wouldn’t be remotely as horny.

Sliver is currently available to stream on HBO Max. It can also be rented or purchased on Amazon Prime, YouTube, Apple TV, Vudu, and Google Play.