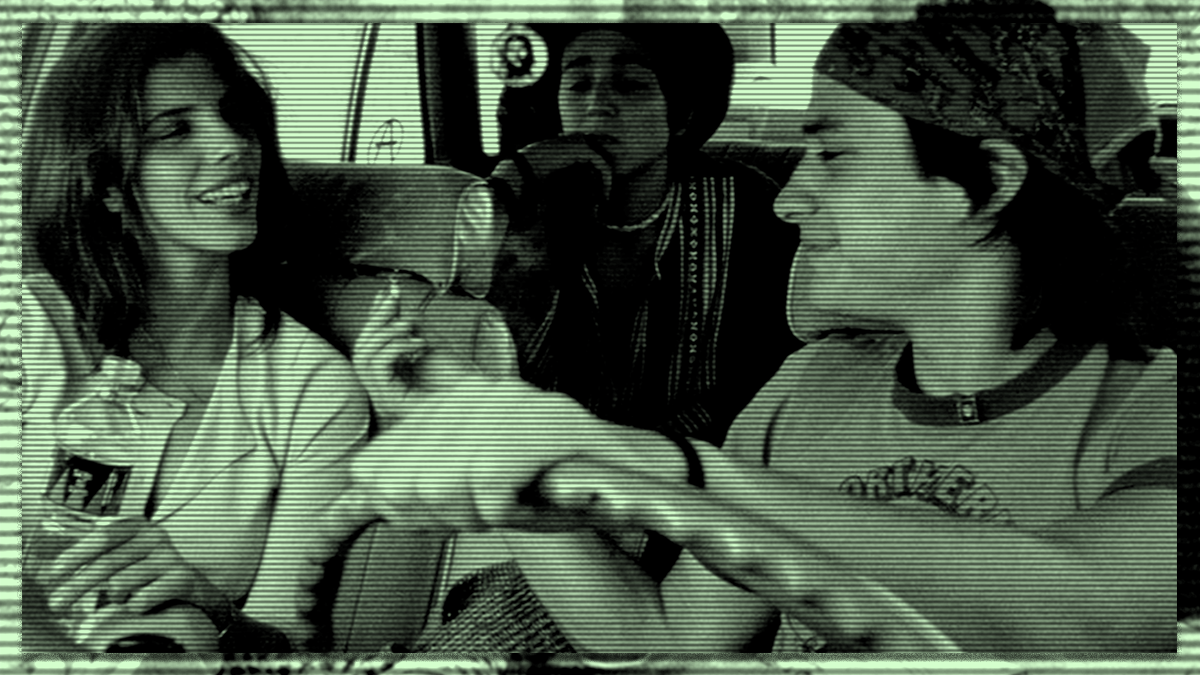 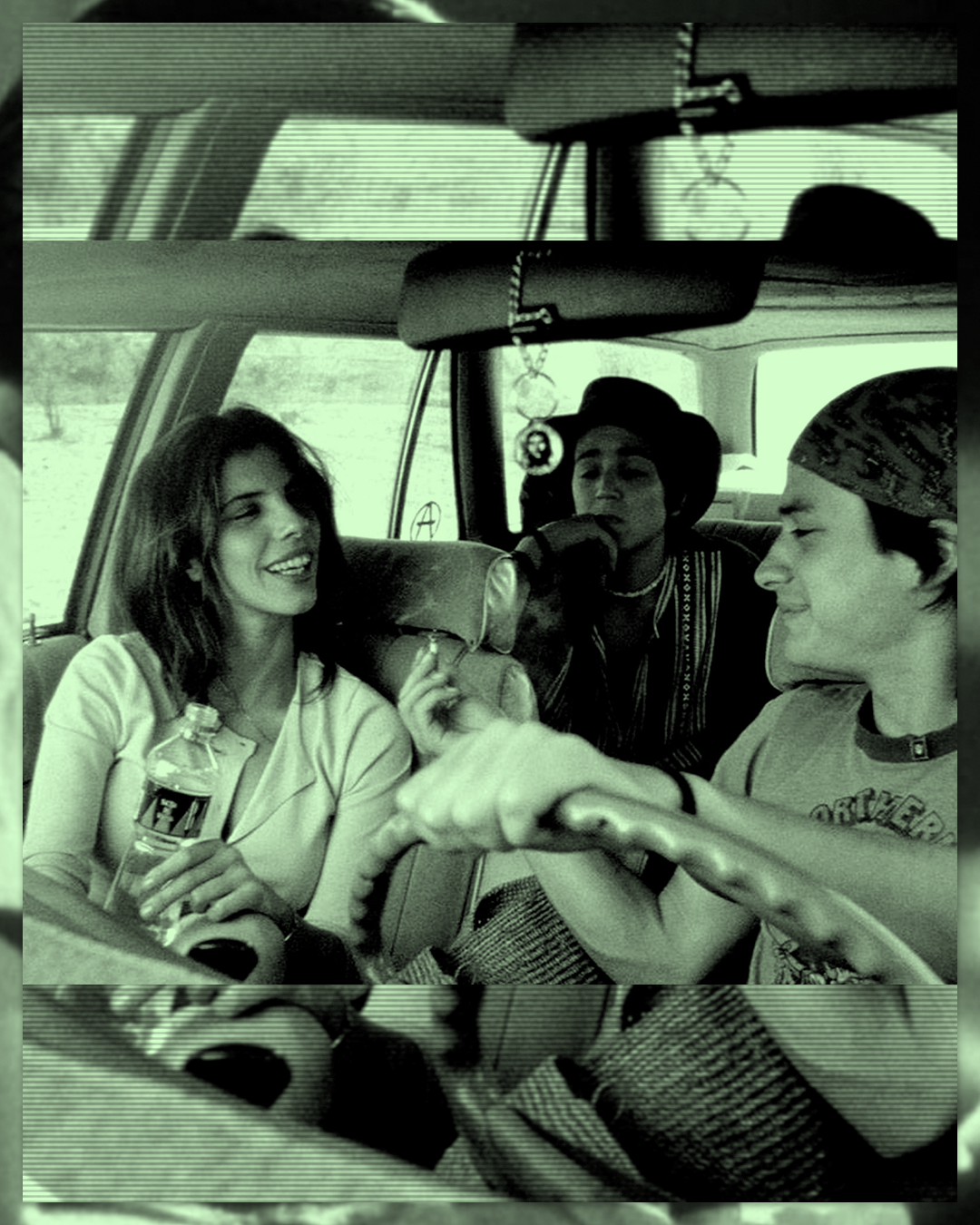 ew films had such a blunt-force effect on my teenage psyche as Alfonso Cuarón’s Y tu mamá también (2001). The Mexican filmmaker’s provocative road movie was slapped with an NC-17 rating upon release in the U.S. and was still notorious when I discovered its existence a few years later. By then, I was a fourteen-year-old burgeoning cinephile with a Tumblr page full of like-minded and equally hormonal teenage girls. I was sold on the film by that community, who embraced and championed its erotic focus on two beautiful young men (Diego Luna and Gael Garcia Bernal) in a love triangle with a married woman in her late twenties, played by Maribel Verdu. The promise of such unrestrained, freewheeling sexuality—featuring two men and a woman, for goodness’ sake—and the fact that it was a respectable arthouse film rather than anything more overtly seedy aided and abetted the appeal. I pursued it on a Friday night trip to the local video store with my parents, feeling shifty with what felt like secret contraband under the banner of a foreign title.

The story tells of a seemingly inseparable friendship between two Mexico City teenagers, the working-class Julio (Bernal) and the well-off Tenoch (Luna). Both of their girlfriends have abandoned them for a summer holiday to Italy; opening with Julio and Tenoch craftily jackhammering said girlfriends, it’s evident that both sets of couples are newly sexually active. When the pair meet Luisa (Verdu), a married Spanish woman, and invite her on a road trip to the beach, she initially refuses. After receiving some bad news, however, she changes her mind on a whim and joins the two horny 18-year-olds in a rusty old car with a beach cooler thrown in the back. As they travel, they chat about life, love, and of course, sex. For all its naughty reputation, there’s probably more talking about sex in Y tu mama tambien then there is having it. Luisa slowly teaches the two callow boys what it means to have good sex, with some great verbal exchanges on the subject. “You have to make the clitoris your friend,” she tells them. “What kind of friend always hides?” Julio responds, to hearty laughter all around.

Still, my prurient expectations were met. With its wide blue swimming pools and naked men, its homoerotic impulses and dirty talk, and that first scene where Luisa abruptly orders Tenoch to drop his towel, those were the moments I remembered best when I sat down for a revisit. But there’s much more than titillation here: it’s also a breadcrumb trail of sociopolitical sentiment about the Mexican regime of the late ’90s and early ’00s, as well as a story about class and the various ways in which we fuck each other, literally and figuratively. It’s a coming-of-age tale that emphasizes the ephemeral: nothing lasts forever, be it a beer-soaked night on a Mexican beach or life itself.

Periodically, Cuarón cuts out the diegetic sound so a narrator can explain preceding or parallel events in a clipped, informative voiceover, usually about politics or tangential stories of locals. There’s a downbeat quality to these dispatches, many of them ending in tragedy, like the one of the friendly local fisherman and his young family, who will be displaced from their work and home for the construction of a luxury hotel. The interwoven stories lend a sense of impending doom to the otherwise lighthearted road trip—seize the summertime excitement while it lasts because the joys it brings are short-lived. Luisa’s fracturing marriage often leaves her in floods of hysterical sobs behind Julio and Tenoch’s backs, another indication that the adventure is more of a life raft for her than anything casual.

Over a decade since my last viewing, Y tu mamá también’s pleasures ultimately seem a tad more muted, its lessons less to do purely with sex than with something sadder. It lands on the possibility that people’s most untrammeled desires are constrained by social expectations and never allowed to fully blossom. When Tenoch and Julio—whose threesome with Luisa led to a kiss between them—meet again after a long period of alienation, their palpable awkwardness overwrites any former intimacy. They’ve moved on with their lives in their respective social circles, getting sensible work and proper girlfriends regardless of the past romantic frisson between them. Luisa’s lesson to them—“Give yourself away like the sea”—has soon grown into a distant memory, their time together a brief respite from a life that demands conformity. The narrator informs us that they will never see each other again, leaving the audience to decide what to make of that information. To me, it suggests that the young men are destined to run away from any happiness they shared. They’re pulled towards the insistent demands of the life they “should” be living. Not so much fun after all.

Y tu mamá también is available to stream on The Criterion Channel. It's also available to rent or purchase on Amazon Prime, YouTube, Google Play, and Apple TV.

Christina Newland is the lead film critic at the i Newspaper. Other bylines can be found at BBC, Criterion, Empire Magazine, Little White Lies, and others. She tweets at @christinalefou.