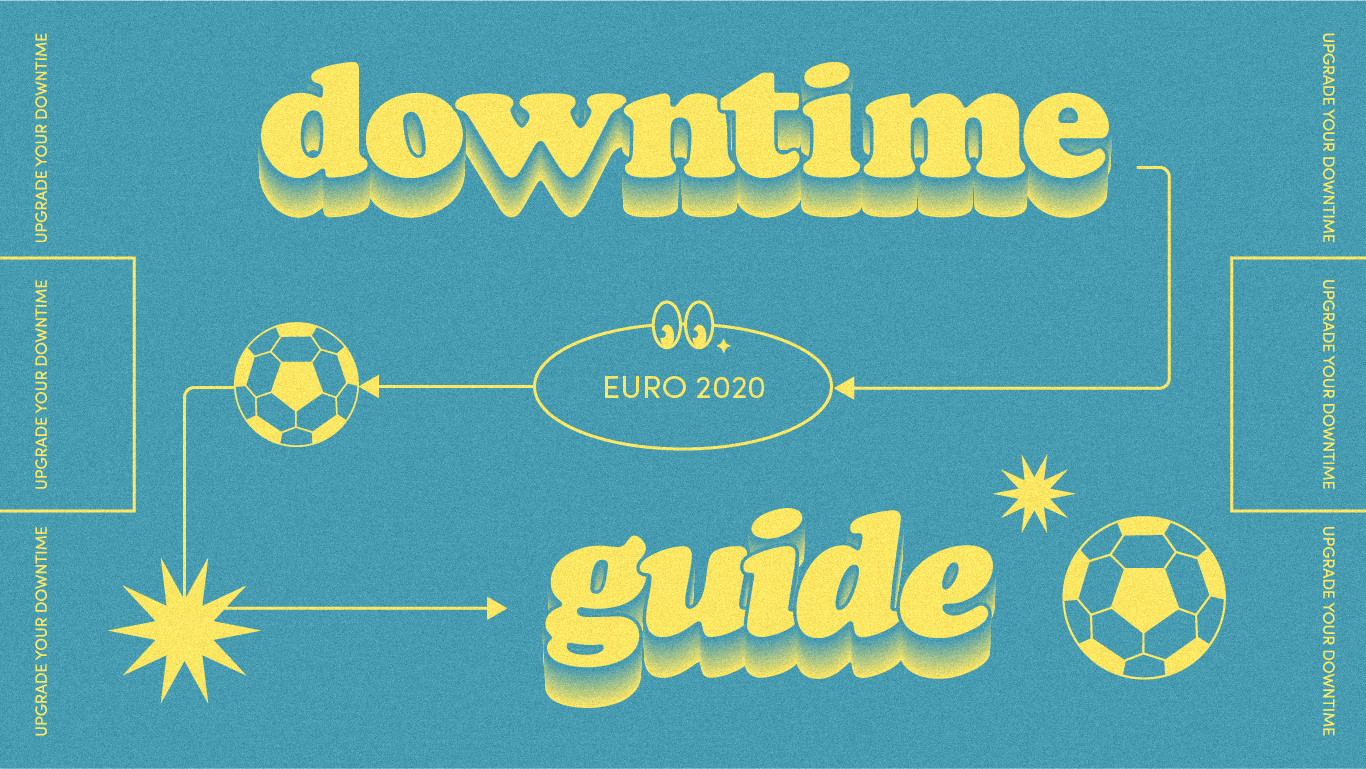 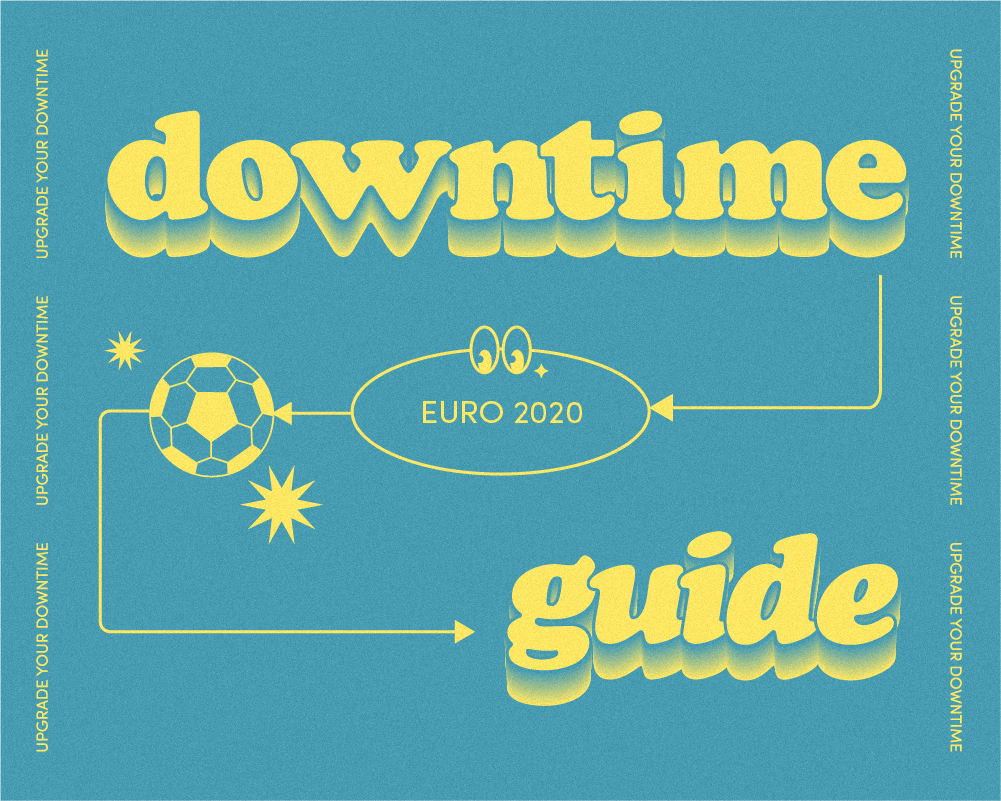 Want to watch the soccer, but also just trying to chill? You know we have you covered.

With the European Championships finally on the horizon—the first match is today @ 3PM EST!—there is one question that all soccer fans really want the answer to: what should they actually call it?

Considering that the tournament is beginning on Friday June 11, 2021, and running through to the final on Sunday July 11, 2021, you might assume that it’s called Euro 2021. But, after delaying it for a year due to the Coronavirus pandemic, UEFA are adamant that it will still be referred to as Euro 2020.

That way they can truly celebrate the 60th anniversary of the first ever edition of the competition in 1960. Plus they’ve already created all of the memorabilia inscribed with Euro 2020, so it’d be too much effort and way too costly to change it all now.

While the World Cup is roundly acknowledged as the pinnacle of international soccer, there’s an argument to be made that the European Championships is actually much more competitive. Especially since the World Cup will expand to 48 teams for the 2026 tournament.

When it comes to Euro 2020, nine out of the 24 entrants have a good chance of winning the bulky trophy, while it shouldn’t be forgotten that the competition has a proud history of surprise winners, too, as the 2004 Greek, 1992 Danish and 1976 Czech teams can attest.

But what should you be looking out for at this summer’s tournament? As you’d expect, there’s plenty of plots just waiting to erupt, as well as dozens of characters to be both enamored and disgusted by.

So put the official EURO 2020 song We Are The People by Martin Garrix, featuring Bono and The Edge of U2 stardom, on full blast —

Try to avoid tournament mascot Skillzy at all costs, especially as he somehow looks even worse than his infuriating name —

Find out more about #Skillzy, our tournament mascot – and look out for your city’s landmark in the background! 🤩

With the Euros turning 60, UEFA have taken an unprecedented step when it comes to hosting duties. It won’t just take place in one or even two countries. Instead all 51 games of the tournament will unfold in 11 different cities all across Europe. Not even a global pandemic and the threat of squads and fans spreading COVID-19 throughout the continent, again, has put them off. But, if all goes according to plan, there’s one team in particular that could really benefit from UEFA’s decision to hold the tournament in this manner …

Is It Actually Coming Home?

For the first time since the Euros in 1996, when they were knocked out on home soil on penalties in the semi-finals by, who else, Germany, England fans have a genuine reason to belt out, “It’s coming home.”

That’s because both the semi-finals and the final of Euro 2020 will take place at Wembley Stadium in London. If England can get through to the latter stages that will give them a huge advantage. There are plenty of reasons to be optimistic, too. Manager Gareth Southgate has an absurd amount of riches to pick from in attacking positions. Captain Harry Kane is a certain starter, but then there’s Phil Foden, Jack Grealish, Raheem Sterling, Jadon Sancho, Bukayo Saka, and the world’s nicest soccer player Marcus Rashford to choose from for the two remaining spots.

‘YOU are a Champion’. A guide that I hope will inspire ALL children to dream big and help those who need it most.

Find out more and pre-order at:https://t.co/sSIOKpsWOj

Plus, coming off their surprising run to the semi-finals at the 2018 World Cup, the mood around the country is genuinely optimistic. Unfortunately their goalkeeper Jordan Pickford and uncertain defense means that England still have some kinks to sort out before being considered genuine contenders. But this is still their most encouraging crop of players in 25 years, and one of their best ever opportunities to win a tournament. Because, lest we forget, they’ve only ever won one, the World Cup back in 1966, which, for the nation that insists they created the beautiful game, is just shameful.

While England are in the murky area between outsiders and front-runners, there is one team that goes into Euro 2021 as the clear favorites for the trophy. Not only will France be out for revenge, after losing the final of Euro 2016, which they hosted, but they won the most recent World Cup.

Somehow they’ve become even more formidable in the last three years, too. Kylian Mbappe has blossomed into arguably the world’s best young player, N’Golo Kante still has the lungs, tenacity, and intelligence of three men, while Karim Benzema, one of the most feared strikers in the world, has returned to the squad after a six-year hiatus.

Why has he been absent, I you ask? He was accused of blackmailing former French international Mathieu Valbuena over the alleged recording of a sex-tape on a mobile phone. Clearly all has been forgiven, which was made much easier by the fact that Valbuena hasn’t played for France since 2015, and Benzema will be eager to add international glory to his already huge collection of trophies from his time at Real Madrid.

Who else could win?

Belgium’s golden generation of players has been touted for success at every tournament over the last decade. But the likes of Kevin DeBruyne, Romelu Lukaku, Eden Hazard, and Thibaut Courtois are quickly running out of time, and Euro 2020 could their last chance to deliver. Current holders Portugal actually have a much better team than their 2016 squad, as Bruno Fernandes, Ruben Dias, Joao Cancelo, Diogo Jota and Bernardo Silva are set to play alongside a certain Cristiano Ronaldo. Spain might not be quite as imperious as their past teams, but they have a kind draw, although a recent Covid outbreak might still cause them a huge problem.

Meanwhile Italy won every game during qualifying and have a nice blend of youth and experience and Croatia have the nous and drive to beat any team. Germany and Netherlands currently aren’t at their best, but could quickly become formidable if they find form. Those of you looking for a real outsider to follow, though, should keep an eye on Turkey. They have a solid central defense in Leicester City’s Caglar Soyuncu and Liverpool’s Ozan Kabak, a mercurial creator in Hakan Calhanoglu, and Burak Yilmaz up front, who just fired Lille to the Ligue 1 title.

Players to look out for

As usual, a cavalcade of young talent is just waiting to light up the tournament with their skills and ability. Juventus’ Federico Chiesa for Italy, Manchester City’s Phil Foden for England, and Barcelona’s Pedri for Spain will already be well-known to soccer aficionados.

Phil Foden has the highest estimated transfer value of any player in the world, according to the CIES Football Observatory algorithm 😳 pic.twitter.com/fBAmUVwzMq

But there are a number of lesser known players that could use the Euros to prove themselves. Look out for Portugal left-back Nuno Mendes, winger Jeremy Doku coming off the bench for Belgium, and Alexander Isak leading the line for Sweden. While Denmark’s Martin Damsgaard, Finland’s Onni Valakari, Russia’s Maksim Mukhin, Switzerland’s Christoph Baumgartner, and Holland’s Ryan Gravenberch, who are all midfielders, could easily shine, depending on how many minutes they can muster.

Of course, there are plenty of storylines that older players will be looking to write, too. Cristiano Ronaldo has never been more under-estimated, Romelu Lukaku is in the best form of his career, while Holland’s Memphis Depay will want to prove Manchester United fans who wrote him off wrong. Plus there’s been increasing speculation that Wales’ Gareth Bale will retire once the tournament is over, too. If that’s the case, then he’ll want to end on the highest of highs before he becomes the world’s most famous amateur golfer.

Gareth Bale is considering retiring after Euro 2020 and will make his decision as soon as the tournament is over.
[Marca]

This will also mark the first time that Video Assistant Referee, the irritant otherwise known as VAR, will be used at the European Championship. So expect the technology to step in and steal at least some, if not all, of the headlines. At this point, it might actually feel weird if it didn’t.

This law has changed seemingly more times in 18 months, than in 20+ yrs of me watching football! All this to justify the existence of a farcical game killing tech/tv soap opera. #FuckVAR #FootballIsForFans @FansAgainstVAR_ https://t.co/sRbWzMfZVg

After a depressing amount of imbeciles booed their taking of the knee in recent friendlies, Southgate has already confirmed that England players will continue to do so throughout their time in the tournament. It’s unknown how many other teams will join them. But if most don’t and people continue to vocally attack this peaceful protest against racism, then those fighting for equality will have every right to take more drastic actions to get their point across.