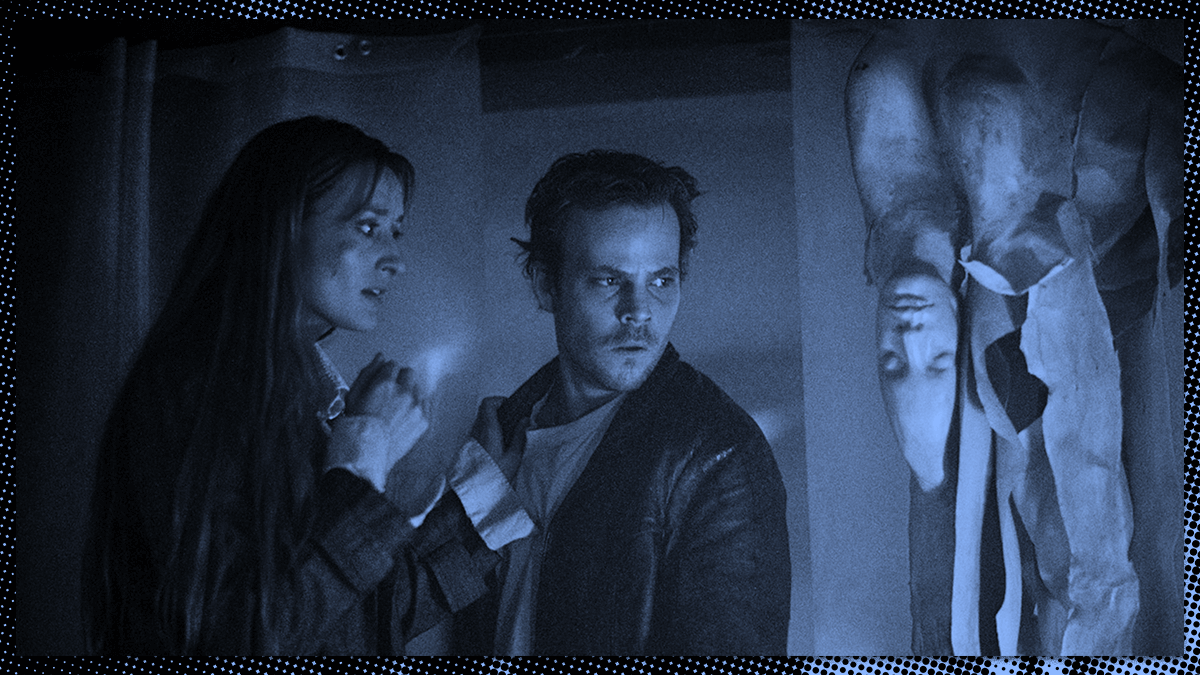 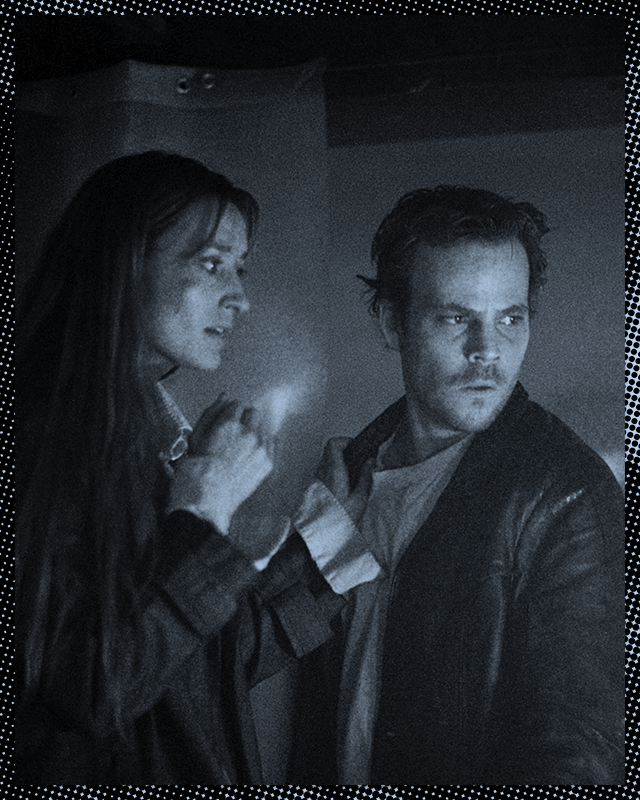 Its trashy, fetishistic imagery and borderline dream logic are features, not bugs.

ugust 30th, 2002 was a quiet day in cinemas. A summer dominated by the industry-defining success of Spider-Man (2002) was winding down. The average moviegoer had practically zero appealing options at the multiplex, their attentions divided by the upcoming school year and the general melancholy of summer’s end. This release date speaks to the enthusiasm with which Warner Brothers likely put out William Malone’s horror procedural FeardotCom (2002)—an American/German co-production and the follow-up to the moderately successful, but not exactly beloved, House on Haunted Hill (1999) remake—into 2,550 theaters across North America.

Aside from the unique distinction of scoring a “perfect” 0% on Rotten Tomatoes (until a couple seemingly unearthed reviews bumped it up to 3%), FeardotCom’s only cultural footprint was probably as a punchline regarding the then-fading career of star Stephen Dorff, who also led another studio bomb, Deuces Wild (2002), that very summer. However, I can remember on that very late August day logging onto “fear.com”—or rather, as it's presented in the film, “feardotcom.com”—on my mother’s boyfriend’s work computer. A precocious film nerd at age 10, my connection to the medium was largely defined by checking websites like Ain't it Cool News and movies.com, as well as the promotional pages for certain new releases. Fascinated by horror movies, despite not having seen many because of my parents’ lack of interest in the genre, I could at least get a taste of them by visiting their spooky promotional websites.

Upon visiting feardotcom.com, however, I couldn’t help but instantly click out of the browser. I was frightened by the freaky color palette and imagery that was far more intense than, say, anything in the Scream franchise. This was a time when there was still a sense of shame and fear from going online. I could potentially see something evil on the Internet, or traces of my browsing history would cast some image of me as a warped young man, considering that’s what an interest in horror movies signaled to most of the adults in my life.

Twenty years later, FeardotCom is not a cursed object but rather something of a charming relic. Compulsively watchable due to its aesthetic vigor and straight-faced approach to ridiculous material, the film embodies the ambient fears of the early-’00s and resembles the trash-art culmination of horror’s nü-metal era. While Malone situates FeardotCom in a completely different era of online consumption, it still indirectly anticipates our contemporary Internet age where the inability to separate online and IRL personas has seemingly fried countless brains. The film might seem slightly dated given that its preoccupations center around online access and our natural desire to see snuff. After all, the online boogeymen have evolved in the 21st century. Just look at the past three decades of cinema: terrorist hackers, the virtually radicalized, and the nebulous “dark web” are all common villains. Still, skepticism towards “being online” as worthy of a film subject definitely still runs high. Perhaps that’s why many prominent  American directors like Martin Scorsese and Paul Thomas Anderson have made one period piece after another.

It’s difficult to blame them, especially considering the goofy heights of FeardotCom, even though it’s probably the most dour movie ever made about a killer website. The film is set in a rainy, nightmarish New York City plagued by mysterious deaths, including that of Udo Kier, who is killed in a tone-setting opening scene. Detective Mike Reilly (Dorff) and Department of Health officer Terry Huston (Natasha McElhone) team up together to investigate the murders; they play like a reverse Mulder and Scully in terms of the believer/skeptic dynamic: Terry suspects something supernatural is at play while Mike assumes it’s the work of low-life criminals he chases every day. It ultimately turns out that elusive serial killer Alistair Pratt (Stephen Rea) is involved with the murders. His tactic is to lure victims into a large-set torture chamber lined with digital cameras by acting like a director in search of a leading lady. (“Let this be a lesson that reducing relationships to anonymous, electronic impulses is a perversion,” he quips like a tech-negative sadist or a Dr. Caligari for the new millennium.) At the center of the investigation lies a ghostly website, the eponymous feardotcom.com, which causes anyone who visits it to die within 48 hours. The site features tacky flash animation, various BDSM signifiers, and a freaky goth babe cooing, “Do you like to watch?” It probably wouldn’t get much attention in 2022 when it’s possible to watch various beheading videos within seconds.

Maybe it’s a fool’s errand to summarize a plot that was uniformly described as “incoherent” by critics in 2002, but it’s to the film’s strength that its borderline dream logic conjures up memories of Italian horror master Lucio Fulci, with enough insects thrown in to cement the comparison. Beyond Fulci, it’s interesting that Malone mixes together highbrow European influences like Federico Fellini’s Toby Dammit (1968) and German expressionism alongside what seems like the music video for “Wish” by Nine Inch Nails. Malone cites German auteur F.W. Murnau as his favorite director and appropriately channels his strain of nightmare logic to absurd proportions, such as grotesque malformed faces and distorted frames or apparitions as silent-era trick photography. These images recur throughout his filmography going back to “Only Skin Deep” (1994), his spooky episode of Tales From the Crypt. Malone deserves some recognition as a B-movie auteur who eschews self-important allegory for fetishistic imagery. Some critics regard him as a Dark Castle Entertainment hack like Steve Beck, likely because aggressive editing frequently draws negative comparisons to MTV, but his career seems like a sad case of someone who hasn’t gotten to work often enough. His only credits since FeardotCom have been a Masters of Horror episode from 2006 and the self-financed direct-to-video chiller Parasomnia (2008).

Of course, it’s hard to talk about Feardotcom without discussing how it was sandwiched between two wildly different but complementary films from the same year. Three months earlier, Olivier Assayas’ NC-17 techno-thriller Demonlover (2002) had been largely panned by tastemaker critics at the Cannes Film Festival who took it to task for its “emotional inaccessibility,” missing that its primary purpose was to articulate the sinister corporate overreach in the era of globalization. The final scene, in which a young American boy living in the suburbs ignores his homework to watch a livestream of the film’s heroine being tortured, neatly rhymes with the lure of computer screen depravity in FeardotCom. In October 2002, Gore Verbinski’s blockbuster The Ring (2002) remake gave a similar rain-soaked atmosphere to the concept of haunted tech, albeit under a gentler PG-13 guise, which inspired a whole wave of tame studio horror movies aimed at teens. Perhaps audiences readily accepted The Ring over Feardotcom (or, obviously, Demonlover) because it dealt with soon-to-be-antiquated VHS tapes as opposed to of-the-moment tech. Or maybe FeardotCom’s oppressively gloomy atmosphere and grim violence would have registered better a couple years later in horror’s torture porn era. The key text of that “movement,” Saw (2004), certainly owes quite a bit to the most gnarly audio/visual combinations from Malone’s film.

It would be nice for FeardotCom to have the last laugh and become a horror classic all these years later, but maybe it’s appropriate that it has a disreputable legacy. It’s a film that needs to be stumbled upon and viewed late at night on a whim to be truly effective. That’s how it will freak you out the same way that promo website scared me two decades prior.

FeardotCom is available to watch for free with ads on Amazon Prime, Tubi, Pluto TV, and Vudu.

Ethan Vestby is a writer based in Toronto who has been published in a number of publications but mostly reviews bad movies for The Film Stage.