Talking Training, Gaming and the NBA Draft with Cassius Winston 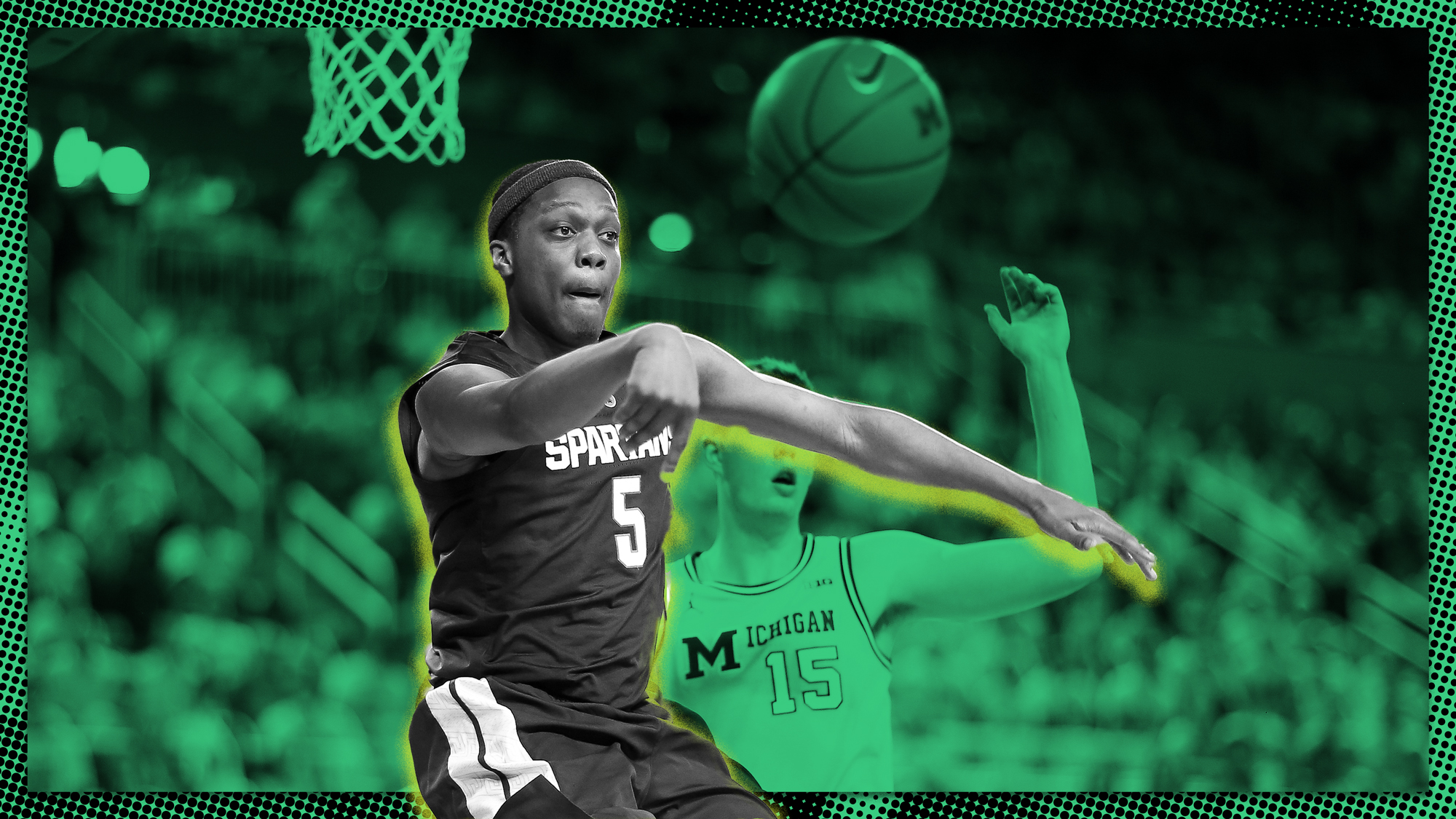 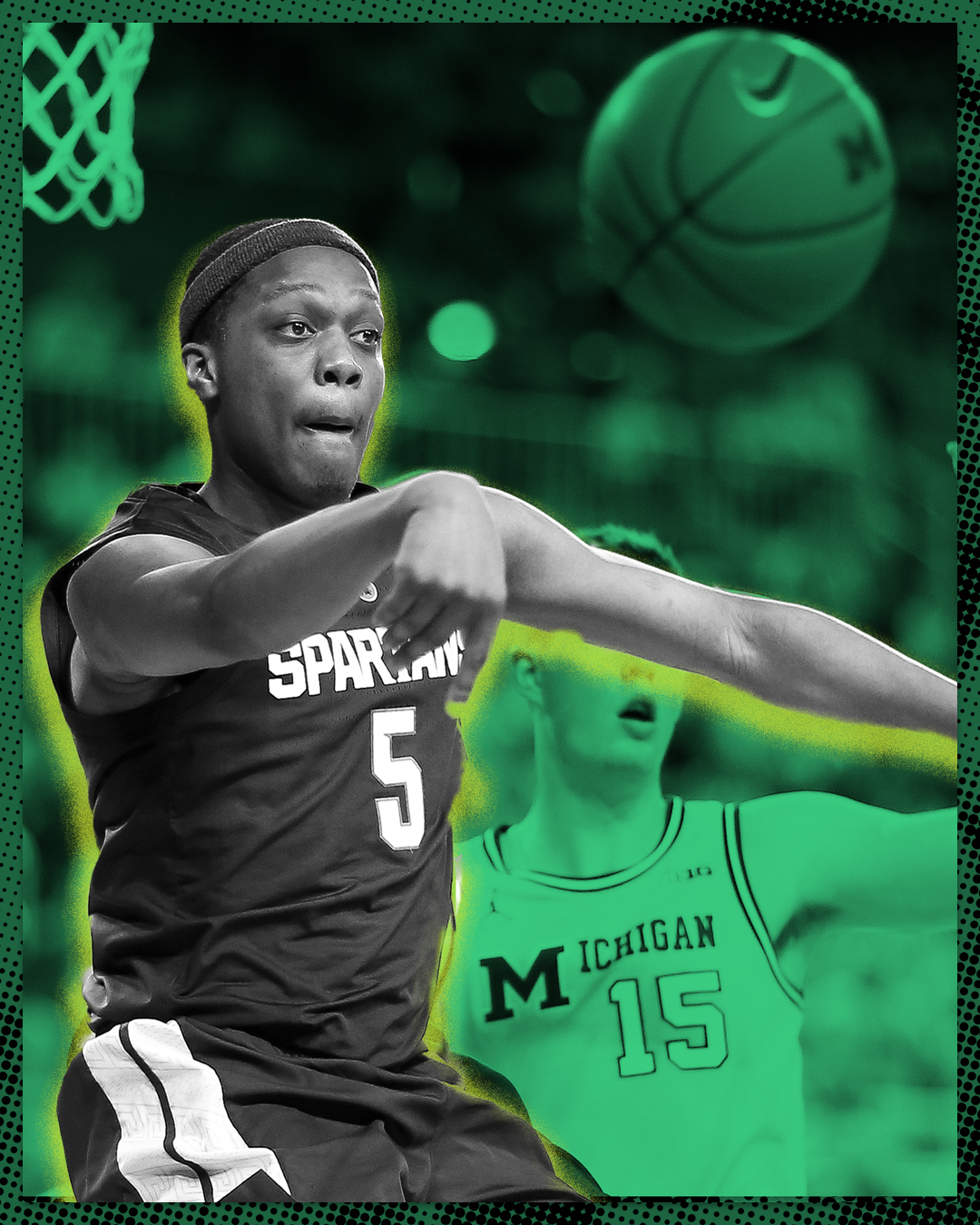 Image: MSU Athletic Communications. Cassius Winston is about to be one of your favorite NBA rookies. We asked him the tough questions.

ike the entire sports-watching—and sports gambling—populations, Michigan State senior guard Cassius Winston’s heart was broken by the cancellation of the March NCAA Tournament due to COVID. Throughout his final season in Lansing, Winston had fought through a handful of frustrating injuries to shape his best all-around season (43% from three!) for the ninth-ranked Spartans. What should have been a triumphant final act—Winston would be named a First Team All-Big Ten selection—ended in an instant.

Now, as Winston prepares for the NBA Draft, an event that has moved to November due to the extension of the NBA calendar, he’s sticking to what he can control, remaining in East Lansing where he has reliable access to weights, training and coaching.

“I wake up in the morning, go to the gym, hit the weight room and lift,” says Winston. “And then from there, I relax for the day.”

Winston has had an active offseason, despite the longer-than-expected wait to arrive at the pro level. He attended a Black Lives Matter march in DC. He's been hoovering film and watching all of the NBA Playoff games, taking a sudden and self-surprising shine to Raptors combo guard Fred Van Vleet, a player who serves as a real-life example that someone with Winston's size and versatility can be a great team's top playmaker.

We recently called up Winston at his apartment in East Lansing to put him through our “Ask the JamFam” survey gauntlet. The NBA Draft is Wednesday, Nov. 18, and who ever picks Winston will be getting one hell of a ballplayer.

You’ve got two hours to kill at home. What do you reach for?

Call of Duty. That will get rid of two hours pretty quick. That’s been my new hobby in quarantine—I didn’t really start playing until it started. I watch WarZone highlights online every day. I watch Swagg on Twitch every day.

What’s your favorite item of clothing you’ve worn in quarantine?

My favorite hoodie is this ugly green hoodie. I don't know how to explain it. It's an ugly shade of green. It has a big smiley face on the left chest.

What’s your most frequently made recipe? ‍

I can't cook at all. My girlfriend, Erin, does a lot of the cooking. She’s the good cook. She makes really anything—lasagna, chicken tenders, spaghetti. It ranges all over the place.

What do you drink when you're at home most often? (Can be alcoholic, non-alcoholic, or even vessel-specific, if you drink water out of the same massive cup or something)

If I'm at home, I drink a lot of bottled water.

If I can go back, I'm gonna watch Game of Thrones,  the greatest TV show ever created. I loved everything about it. The character development, the action, the plot. It’s my favorite TV show of all time.

What’s your personality in your main groupchat?

My group chat is a chat with my boys from high school. We've been friends forever, since seventh or eight grade. In that group chat I'm actually the chill one. I was the one doing all the laughing and cracking jokes and stuff. But now I’m the one just chilling.

I watch a lot of superhero background stories. I like the background—So what happened to him? And stuff like that. So a lot of stuff about the Joker and Batman.

I have a pair of NormaTec boots, and I hop in those every day for about 45 minutes. Those things are magical.

What’s your most-watched movie of all time?

Shrek. I don't know how many times I’ve watched the first half of it. Once they save the princess, I usually stop watching. It’s still my favorite movie.