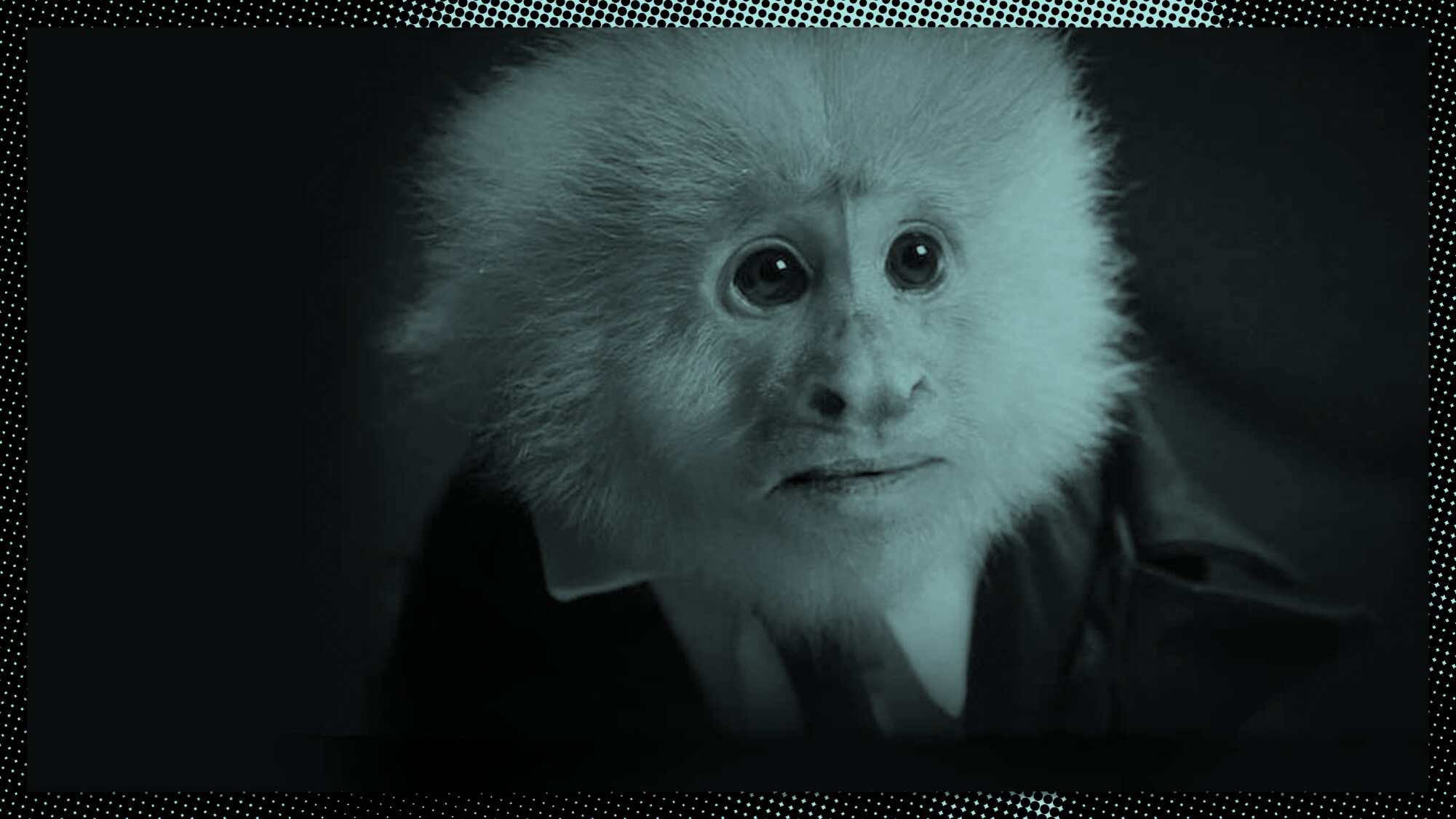 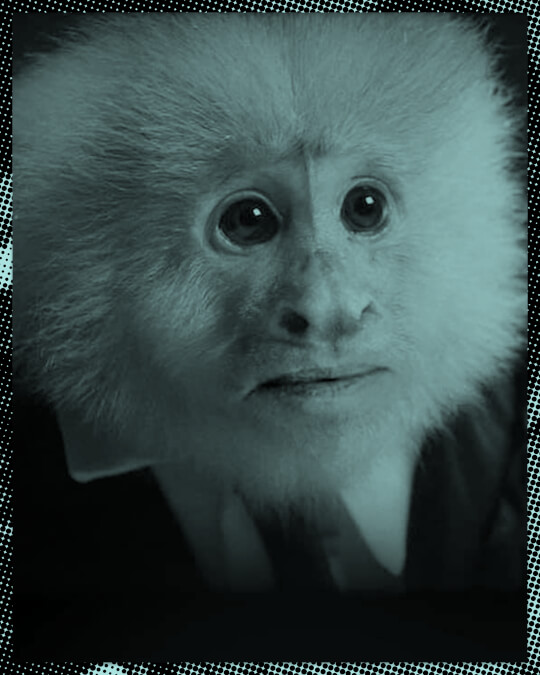 A rewarding film for every genre, all under 40 minutes

very night in quarantine is a question of what to watch. Recently, my fried and frazzled brain melts at the idea of a full-length feature, and I am close to losing my family and friends if I continue Emily in Paris. So I turned to the Academy Awards’ most neglected category: the narrative short film, defined by a run-time of 40 minutes or less.

The short is a particular art form, once synonymous with cinema itself. Today, film students test out dialogue and camera technique within manageable confines. An impressive short can be an entry point to receiving funding for a feature. As a viewer, a great short film leaves me contemplative of what was, and wasn’t, said or seen. “I think that short films often contain an originality, a creative freedom, an energy and an invention that is inspiring and entertaining,” actor and director Kenneth Branagh said. “I think they are, as Shakespeare put it, a good deed in a naughty world.”

Here are 12 transportive films currently streaming online, some well-known and some obscure, to shake you out of the usual viewing routine.

Writer-director Mariama Diallo was inspired to make her short horror-comedy while walking in Crown Heights, a rapidly gentrifying millennial neighborhood in Brooklyn, and spying an orphan tuft of synthetic hair on the sidewalk. She remarked “braid,” and her boyfriend misheard “brain”; her concept of a white-girl zombie in a Black hair salon was born. Hair Wolf uses the genre’s campy tropes to critique cultural appropriation and the way it plays out on social media in particular. Instead of jump cuts to an axe murderer, a group of glam hair stylists gasp at the Kylie Jenner lookalike peeking through the window. When an “infected” Black man says “all lives matter,” it’s a nervous kind of laughter. Hair Wolf could not be more appropriate for 2020’s pandemic Halloween.

The best animation is the not-for-kids, highly morbid sort, and Madame Tutli-Putli, with its references to Carl Junge and leering men aboard the night train, is exactly that. Madame Tutli-Putli is on a journey with her gramophone and about 40 vintage suitcases, racing from the past and toward something else: modernity? Eternity? She is interrupted by a heist that no one else seems to notice, a tenet of surreal film. The filmmakers, Clyde Henry Productions, combine stop-motion and computer animation so the gangly, textural puppets blink with human eyes. Madame’s eyes are 100 percent melancholy, and through them we divine the meaning of her trip. Madame Tutli-Putli is a lesson in imagination and interpretation done better than most “open-ended” blockbusters ever have.

The Noir: What Did Jack Do?, 17 minutes, Netflix

It’s simply David Lynch interrogating a capuchin money about the murder of his lover, a hen! (Capuchin monkeys are the organ grinders of the primate world.) The Twin Peaks creator got kooky as recently as 2017, with a black-and-white parody of old-timey cop shows where two men drag on cigarettes, drink damn fine black coffee and wax poetic about their days on the factory line. “The ladies have been talkin’ Jack,” Lynch says from one end of the train station cafe table. “Yeah, right. With the Easter bunny I suppose,” Jack retorts, in a nasally version of Lynch’s own voice. For members of the Lynchian cult, What Did Jack Do? is like a portal to the artist’s brain during REM sleep. For everyone else, talking monkeys are hilarious criminals.
‍

Before Josh and Benny Safdie became famous, for crime thrillers Good Time (2017) and Uncut Gems (2019), they shot their dark, quotidian stories with available means: borrowing the family’s home video camera, shooting with non-actors on the street, taking notes on a stranger’s subway car monologue. “They express something wild, intimate, and uncompromised about bohemian life in New York,” film programmer Olivier Pere told Indiewire. “It reminds me of neorealism and the American underground films of the ‘60s.” In this reimagining of The Red Balloon, a stressed father ushering his children’s birthday party down six Manhattan blocks loses grip on a rainbow helium bouquet. One lonely, anthropomorphic black sphere floats through Midtown and Central Park, getting roped into petty crime and relationship mediation. By the end, the balloon is sooty from the city and its people, and seems genuinely more self-assured. As always, the Safdies make great use of a prog rock-influenced score.

No, not done with the balloons. Maybe you also watched the 1956 film to get “cultural credit” in your high school French class. It’s actually worth revisiting because it is beautiful and super sweet, a kind of escapism that is, I think, infrequently indulged. Also, clever! Brian Selznick does the film justice, to read after you watch.

Two good ol’ boys are in danger of losing their great-great-grandaddy’s farm. A bizarre but passionate accountant arrives to help them before “a Yankee turns it into a bed and breakfast.” Under director and star Ray McKinnon’s deadpan comedy is a commentary on the death of Southern cultural exceptionalism — “Let’s just say that one day your grandchildren will be eating cornbread that’s sweet and iced tea that ain’t, and they’ll be saying that’s Southern tradition.” Unless Tennessee was red on your New York Times dialect map, watch the Oscar winner with subtitles on.
‍

Nature is the scariest thing in the world. Two young, faux tough boys — played by local, first-time actors — spend the afternoon playing in rural Quebec, crawling through an abandoned train car and sliding into an open-pit surface mine. As they prank each other, racking up points for each successful “made you look,” the landscape quietly expands into a sudden threat. Director Jérémy Comte was inspired by childhood nightmares he had growing up in the countryside, and adult anxieties certainly ensue post-Fauve. Warning: a lot of people on Reddit cried.

‍Pillars is a visual coming-of-age poem. Amber is at the age where she looks like a girl from most angles, but she turns just slightly and you see the little woman. (Those extra, extra close shots on 16mm are crucial.) There is a profound shift over 18 minutes, with the catalyst being her first kiss — with an older girl in the bathroom of their Black Baptist church. Watch this now before Haley Elizabeth Anderson makes a feature: she’s hinted at a response to Terence Malick’s 3-hour epic The Tree of Life.

In June, Netflix released an anthology of 17 shorts made by filmmakers around the world during deep quarantine. Paolo Sorrentino’s is the least doomsday of the lot: a Queen Elizabeth figurine is trapped in a Rome apartment with a miniature Pope Francis. The two flirt and philosophize about loneliness in Sorrentino’s library, bathroom sink and balcony. A plastic version of Jeff “The Dude” Leboswki makes an appearance, dwarfed by a stockpile of liquor.

Every night the silence wears thinner, a young Chinese American woman sings while setting the table for family dinner. She wears traditional Chinese opera makeup to act out the things unsaid by her parents as they muddle through a period of mourning. The music is almost Disney, but recent film school grad Tiffany So goes deeper. “When we make cameos in Western cinema, Chinese people are most often portrayed as cold, violent and unloving, simply because our culture looks and feels unfamiliar,” So writes. “This short is a response to all those who have failed to properly tell our stories.”

Unfortunately, a lot of shorts are cheesy. When forced to pare narrative down to the essentials, filmmakers tend to fall on cliches. Signs is simple and has no interest in being anything more than a boy-meets-girl, so its honesty succeeds. Remember high-rise office buildings, commuting crushes, 2012 manic pixie dream girl bangs? Me neither.

Told entirely through CCTV footage, ripped from the omniscient cameras installed in Seoul’s public spaces over several years, Influenza is one man’s descent into brutal violence and crime. Read: several old ladies are attacked and robbed at ATMs. Director Bong Joon Ho, known for last year’s Parasite, loves a sly capitalist critique. If our perspective is the same as the cameras, designed to keep citizens in check, can we empathize with the protagonist battling systemic poverty? Is he really a protagonist when there’s such wide voyeuristic distance between us? The short is a formal experiment that questions the very idea of seeing.