The Subtle Subversion of "Barbie: Life in the Dreamhouse" 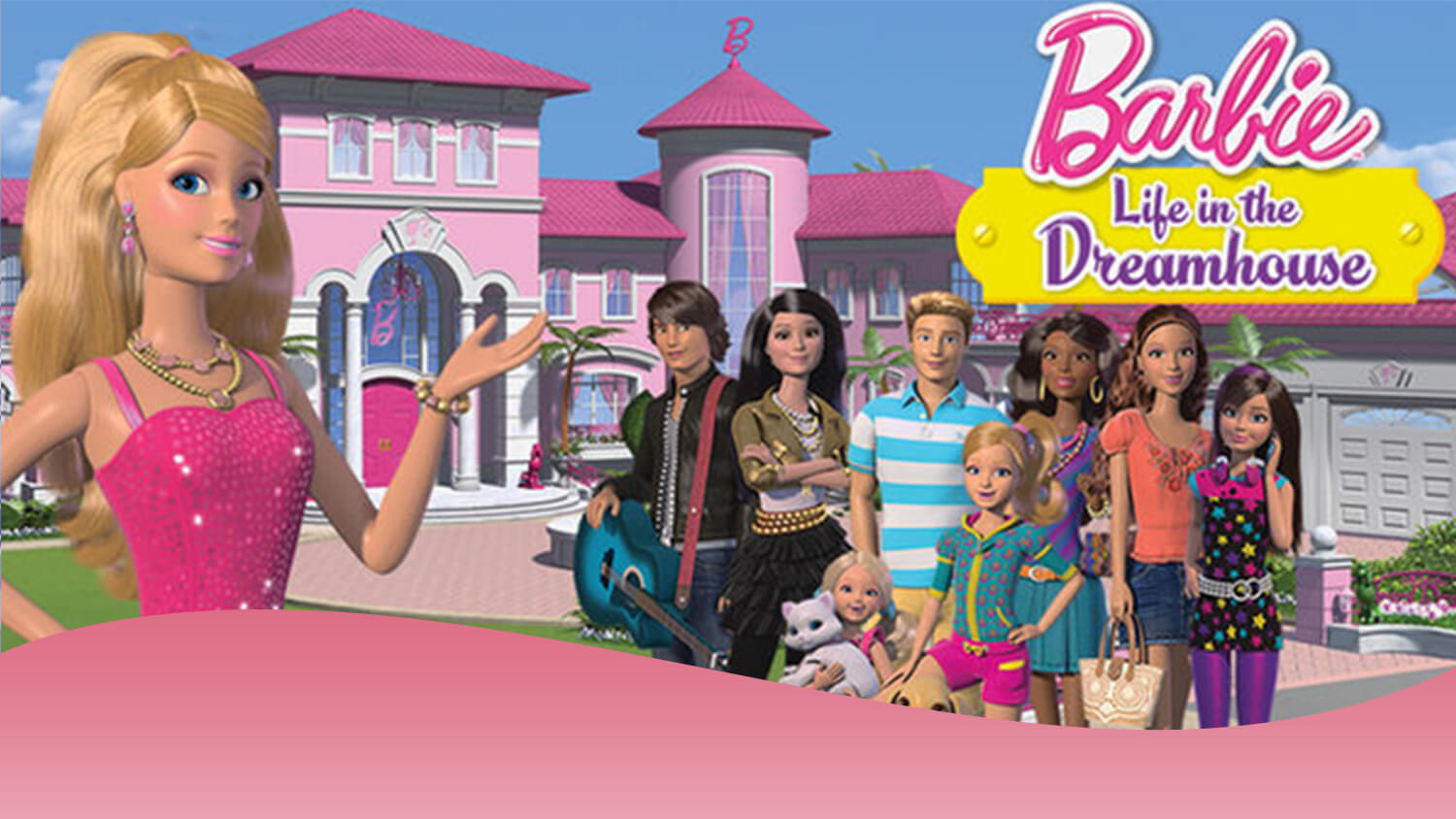 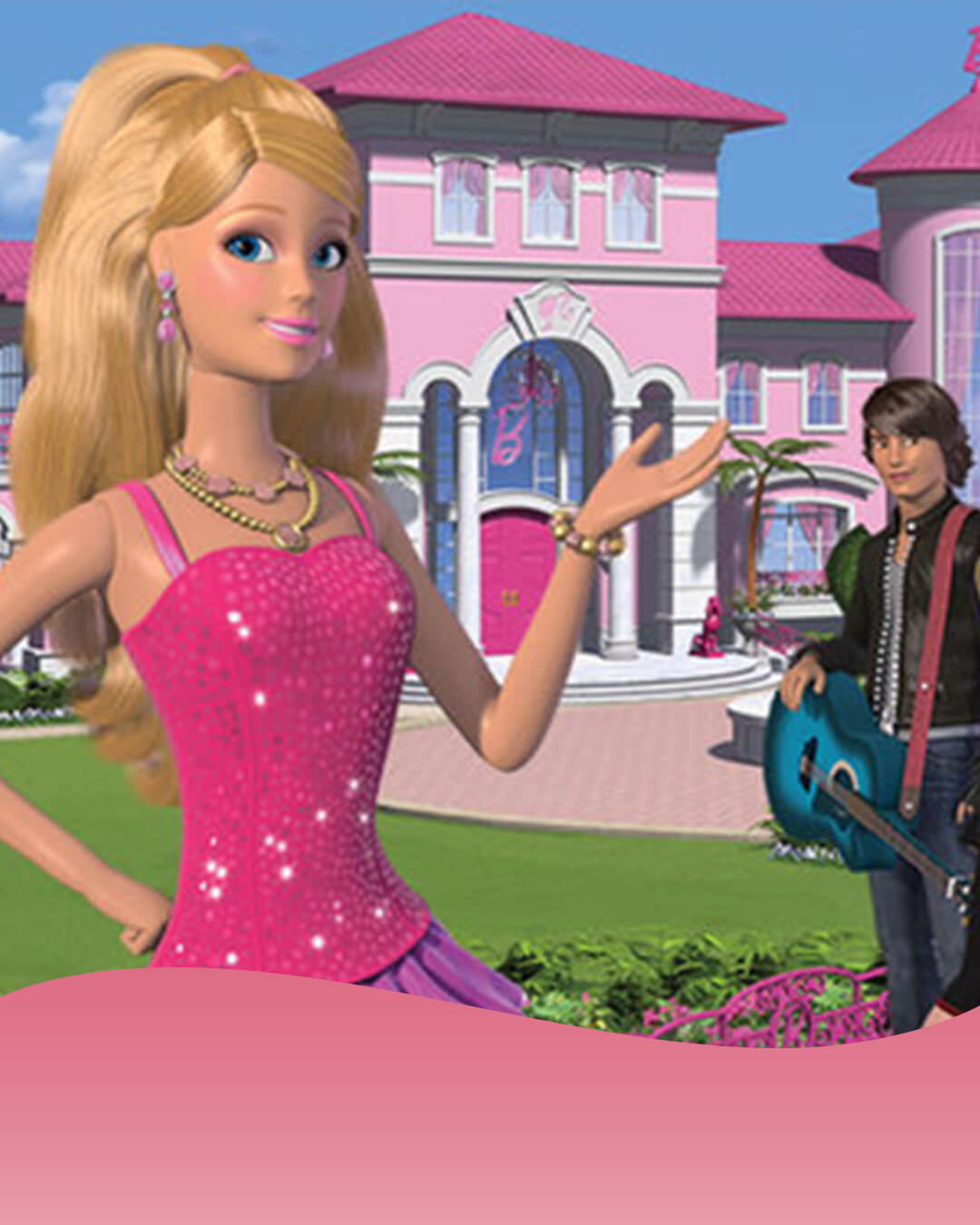 n 2013, deep in the throes of my Tumblr obsession, I came across this post on my dashboard. It’s a gifset, in which Barbie’s little sister Stacie, who is trying to earn her Girl Scouts camping badge, attempts to start a fire by rubbing two twigs together. She groans in frustration, then complains, “How am I supposed to make a fire with plastic sticks?"

From 2012-2015, Mattel produced a web series of animated shorts called Barbie: Life in the Dreamhouse. The show follows Barbie, sisters Stacie, Chelsea, and Skipper, boyfriend Ken, and frenemies Raquelle and Ryan as they bounce around their plastic Malibu paradise. Chock full of tongue-in-cheek, fourth-wall-breaking jokes, the show is smart, hilarious, and with each bite-sized episode totaling less than 5 minutes, the perfect quarantine binge watch.

Yes yes, I know: but it’s a kid’s show, you grumble, about Barbie, that blonde, plastic stereotype whose name has become shorthand for the Platonic ideal of an all-American golden girl. In actuality, however, Dreamhouse is slyly satirical and highly self-aware, shrewdly subverting the narrow notions of blonde, white, idealized femininity that the Barbie franchise was historically instrumental in establishing.

Barbie occupies the titular role, but really, she’s the least interesting character of the bunch. Relentlessly chipper, she meets every obstacle with imperturbable optimism, gliding through life with a blithe smile. Whether it’s a friend feud or a fashion emergency or a glitter shortage, there’s no problem that won’t resolve itself under Barbie’s magic touch. Her inability to experience a single negative emotion, however, renders Barbie borderline inhuman and ultimately boring; meanwhile, her supporting cast are far more messy and human, and therefore much more relatable. In fact, it’s Barbie’s divine perfection that’s often responsible for her coterie's emotional trauma.

Perhaps the greatest challenge Barbie faces is the deluge of demands on her attention. In “Sisters’ Fun Day,” Barbie has scheduled back-to-back hangouts with Skipper, Stacie, and Chelsea, who jockey to curry favor with her and jealously vie for more time. Her friends Summer, Midge, Nikki, and Teresa are perpetually anxious about where they stand with Barbie; their rivalry grows so fierce that in “Let’s Make a Doll,” they participate in a game show where the doll who knows the most Barbie trivia earns the title of Barbie’s BFF. Even her pets want in on the action; in “Girls’ Day Out,” her pet cat Blissa tries to sabotage Barbie’s one-on-one time with her horse Tawny.

As for Ken, his entire existence is centered around prostrating himself at the altar of Barbie. The intensity of his devotion to her borders on manic, and his pathological need to cater to her every whim and desire is often detrimental to his own health, sanity, and well-being. When Barbie throws a pool party and her water slide isn’t quite up to snuff, Ken spends hours retrofitting it, giving himself dehydration, sun fever, and a case of tetanus in the process. When Barbie gets trapped in her closet right before a date, he gamely waits outside her front door until he’s wilting with fatigue. When he’s not building, remodeling, or tinkering with some device that requires an inordinate amount of his time and effort just to make Barbie’s life marginally easier, he’s dreaming up increasingly grand gestures to celebrate negligible milestones, such as the 43rd anniversary of the first time they held hands.

The real star of Dreamhouse, though, is Raquelle, Barbie’s frenemy. The show’s comedic relief, Raquelle is stuck-up, arrogant, obnoxious, self-centered, and by far the most entertaining character to watch. She’s constantly plotting to one-up Barbie or steal Ken for herself, a fact that Barbie cheerfully ignores, as it’s patently obvious that Raquelle poses no threat to her or her relationship. Whether she’s stealing Barbie’s runway moves or opening up her own competing boutique, Raquelle’s efforts are always in vain, and often end in her looking less than fab.

But victory is hardly the point. In “Bizarro Barbie,” Raquelle stumbles into an alternate universe where Barbie is a shy, shrinking violet who mumbles, “You’re so pretty...I could never be like you.” Though she enjoys the role reversal at first, Raquelle eventually grows discontent, lamenting “What’s the fun in life if I can’t compete with Barbie and scheme and plot like I was born to do?” When you get everything you’ve ever wanted, what then?

In 2013, I was 14 years old, sported both glasses and braces, had never been kissed, and lived for Tumblr. It was just around the time when I started to realize that I did not, and could not, live up to Western beauty standards that venerated blonde hair, blue eyes, and ski-slope noses. But why should I? Dreamhouse showed me that being Barbie perhaps wasn’t all it was cracked up to be. What’s the point of living a life where anything and everything you’ve ever wanted is simply handed to you on a silver platter? Why strive to be an angelic blonde who incites envy, resentment, neurosis, and insecurity wherever she goes, when being an ambitious and morally ambiguous brunette is way more interesting?

The Subtle Subversion of "Barbie: Life in the Dreamhouse"

The Downtime Guide to: Making an Album During Quarantine

The Downtime Guide to: Hanging Out With Your Dog

Your dog loves that you are around more. Here's how to keep up that level of energy.
Kate Mooney

It is Time to Play Dark Souls