A Realistic Guide to Working From Home 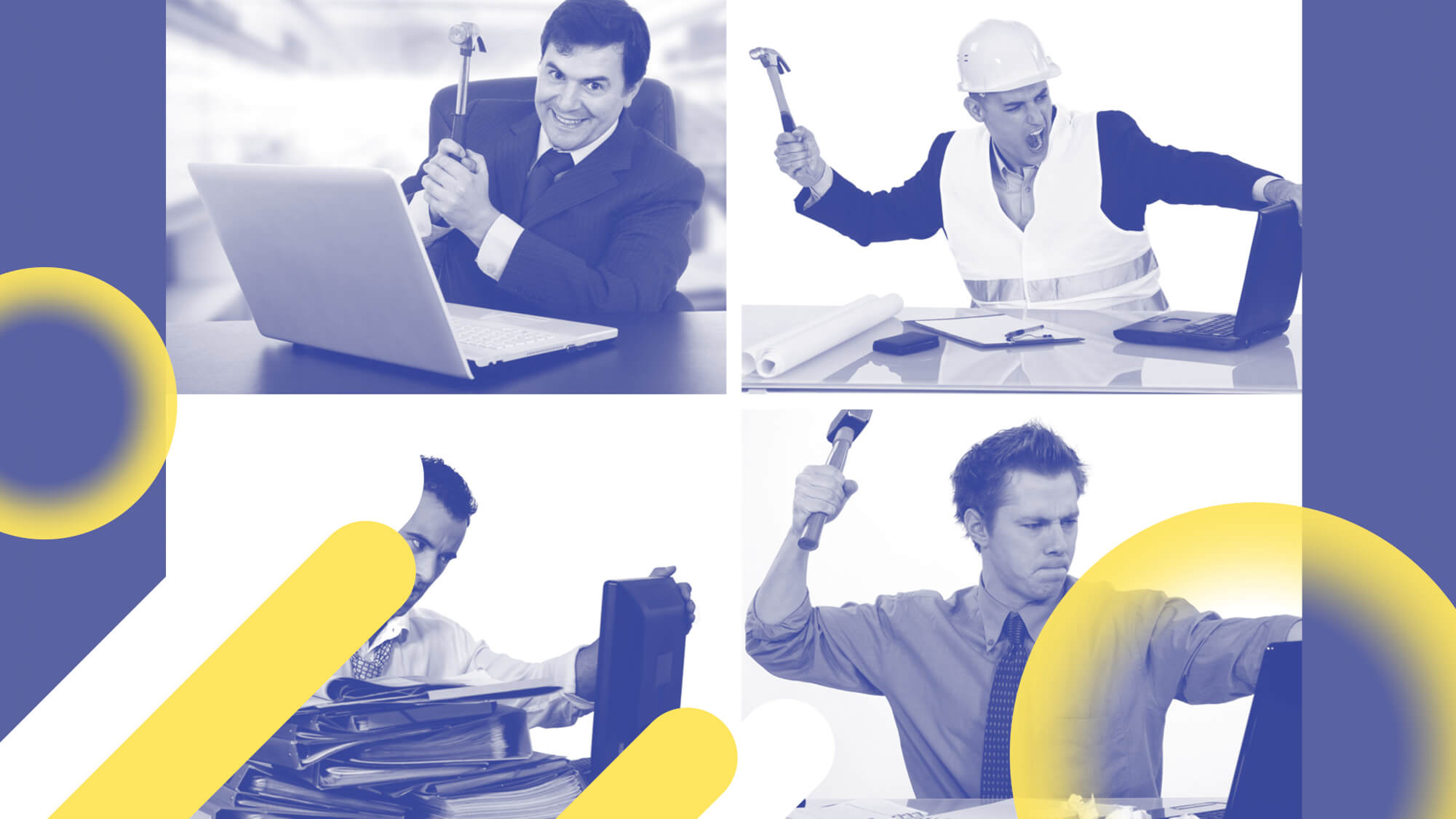 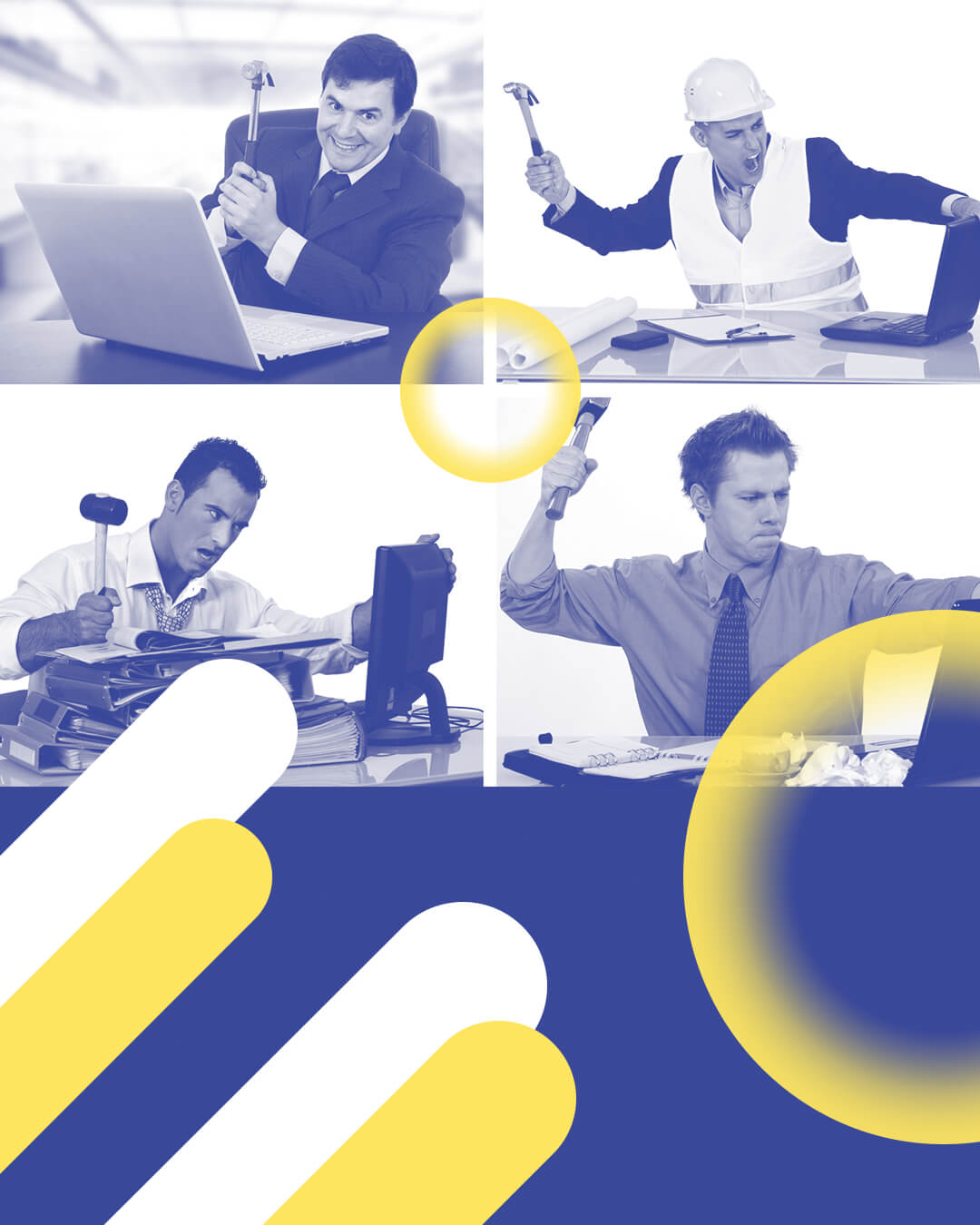 There's a million guides about WFH that lie to you. I'm here to tell you the truth.

he perks of being a freelance writer—a vocation that, in its contemporary form, largely depends on fickle cultural trends, a poisonous online discourse, the unpredictable whims of editors who semi-regularly employ you, and the intermittent strength of the collapsing “gig economy”—are virtually nonexistent. The sole practical and professional benefit to committing one’s life to the cosmically insignificant position of “writer” is that it affords a lifestyle that doesn’t need to be anchored by monotonous routine.

To be a writer, you don’t actually need to even put on pants let alone travel, fully clothed, to an office where it’s required that you pretend to look consistently busy in order to placate vacuous superiors whose singular purpose is to systematically file down their subordinates’ will to live. (In case you couldn’t tell, my entire conception of the tech-forward, white-collar workforce was informed by multiple viewings of Mike Judge’s 1999 film Office Space. Nevertheless, I find no fault with my conclusions.) To quote the late, great Denis Johnson, writing is “easy work” in no small part because “the equipment isn’t expensive, and you can pursue this occupation anywhere.”

However, many dyed-in-the-wool nine-to-fivers have now been forced to work from home (WFH) because the COVID-19 pandemic has precluded the possibility of being in close-knit quarters with dozens of people any time soon. This is undoubtedly a major adjustment to anyone who has been weaned on the tedium of office culture, whose permanent fixtures, like unnecessary meetings and pointless memo and stale breakrooms and the proverbial/literal water cooler (again, my primary reference point is Office Space), represent a safe, productive space. Time sheds all shape and identity when “punching the clock” has no tangible dimension. It can be tough to look motivated when no one is constantly peering over your shoulder to ensure that you look sufficiently motivated. Accomplishing the bare minimum feels nigh impossible when crucial stimuli, e.g. the spite you feel towards your immediate authority figures and the innate fight-or-flight drive to flee your workspace, have abruptly dissolved. Even if these weren’t politically apocalyptic times all but designed to constantly spotlight the futility and fragility of everything, it would still be difficult to focus if “staring at a laptop whilst still under the covers” isn’t your professional norm.

Without further ado, here is the Realistic Guide to Working From Home (RGWFH), written by a single, childless twenty-something writer who’s never set foot in a cubicle, to help anyone better adjust to the onset terror of working where you sleep.‍

Tip #1: Wake Up as Late as Possible

If you’re required to virtually check in with your boss or attend a morning meeting that couldn’t possibly begin without your Zoom presence, make sure you don’t wake up until mere minutes before the appointed time. As a person who spends maximum energy ensuring that no one but me controls my hours, it’s important that any time spent on someone else’s clock be tilted in your favor. Show your “work face” for as long as it’s necessary before defaulting to the slackened visage that you’ll wear for the rest of the day.

If you don’t have to wake up early, embrace your inner sloth and sleep in until you feel ready for the day. Standard American business hours not only uphold exploitative capitalist practices, e.g. a minimum-wage income that falls well below the national poverty line, but they also have a negative effect on worker productivity. Most of the time, the same labor can be accomplished in much less time, outside of the purview of people who justify their title and salary by either adding unnecessary bureaucratic hoops to jump through or maintaining a watchful Big Brother-like eye over their subordinates.

While it might have once been possible to ignore the global fascist movement and its avatars who are itching to wield absolute power over the defenseless masses, that time has long since passed. Any sentient human being with a functioning adult’s conscience can no longer scan the news without muttering, “Christ, this is bad” at least once, especially in the wake of the George Floyd protests. Doom-scrolling, the practice of passively patrolling a social media feed littered with bad news, accomplishes nothing and can only amplify the illusion of subservience to the dominant political and economic system. It’s much better to commit oneself to helping various anti-racist, anti-capitalist movements than to succumb to helplessness. But while it’s not politically effective, doom-scrolling is certainly a good way to numb yourself before attempting to accomplish the day’s work. As any qualified professional will tell you, a shell-shocked headspace breeds efficiency.

‍Tip #3: Spend Way Too Much Time Deciding Your Lunch Order

Lunch is an important work week meal that breaks up the day, so it’s crucial that you start thinking about what you’ll have as early as 9:45 AM. Really allow your imagination to run wild. Think about Memphis dry rub and nigiri and fresh baklava and tibs served with injera. You’ll settle for a simple sandwich or salad later, but it’s still important to spend time falling down Wiki k-holes about food or coming up with makeshift recipes from all the spare ingredients in your kitchen or perusing delivery menus of every restaurant in a six-mile radius. It’s either that or decipher Kevin’s cryptic, passive-aggressive emails regarding optimal workflow.

It doesn’t matter where you go just as long as you take the scenic route. Really breathe in the recirculated air trapped underneath the tight seal your mask makes around your face. Gaze upon the abandoned streets with wonder. Catch glimpses of strangers either complying with the newest societal norms or hostilely bucking them with the confidence of an immortal being. Ignore the stress bubbling within you due to your utter failure to complete menial assignments. Enjoy the fresh air that was less remarkable in a pre-pandemic world.

Start with your room. You’ve been meaning to do that anyway. Get rid of all the dust piling up in the corners and rearrange your meager closet filled with the same t-shirts you’ve worn for over a decade. Then move onto the kitchen. Really scrub down the cabinets and floors you’ve neglected to clean for years. Head to the bathroom and take a good long look at your tub. Is that that tub of someone with their life together? Or is it the tub of someone who’s barely clinging to life? These are important projects you’ve been putting off forever. In ten years, the modern workforce as we know it might completely dissolve to make room for tribal factions in anticipation of the impending Water Wars. (My primary post-apocalyptic frame of reference is the Mad Max series.) But the tub and its corresponding metaphor for your unfulfilled life will remain.‍

What is it, like, 2:30 in the afternoon? You’re well on your way to cocktail hour. You deserve a cordial after cleaning that whole goddamn tub. Besides, drinking never actually impacted your work performance before. Granted, you’ve never gone to work drunk before, but still, what’s the worst that could happen? These are high-pressure times. Old institutions are crumbling. The world is in its third act. Don’t feel guilty about pouring yourself a few fingers of bourbon. (Put in an ice cube for good measure. This technically isn’t the weekend and you’re not a complete degenerate.) Throw on an old Blur album and really get in your feelings as the day wanes away.

You saw this coming. A few fingers turned into a couple hours of scream-singing along to Parklife and suddenly you need to lie down. There’s no shame in this. After all, making your way in the world today takes everything you’ve got, and neither Cheers nor its theme song never lied to anyone about anything. Drift off into a slumber, but make sure to set an alarm. You don’t want to doze off for too long.

Shit. Shit. Where did you put that file again? When did you receive so many fucking emails? You thought you only had one thing to do. When did that turn into three things? Your boss is really on your ass and somehow his terse emails are more annoying and anxiety-inducing than if those same words were delivered in person. Fuck this job. Who puts up with this shit? You could have been in a band. You knew how to play bass. Maybe Stick Shift Drivers would have actually gone the distance if you hadn’t broken up the group by going out of state to college. What did that even get you? Student loans that you’ll never pay off and this pointless fucking job. If it wasn’t for the stupid money that you need to use to buy stupid food and stupid shelter, then you would quit on the spot.  You don’t owe these people anything. They’re worthless bureaucrats that subsist on the lifeforce of people whose conception of happiness and satisfaction extends beyond a bullshit 401K. Their whole existence depends on maintaining a corrupt system that forces people to keep their awful jobs because they need the aforementioned stupid money to buy the also aforementioned stupid food and stupid shelter. They’re only a couple notches below Jim Jones and his fucked-up crew. It’s really time to make some serious changes. Hell, you’ve already cleaned the tub. You’re still young. You have options. You don’t have to read Keith tsk-tsk you on an email CC’ed to the entire office. Pick up that bass again, buddy. Life is longer than you think. Move forward. Don’t even think about looking back.

Tip #9: Settle Down Before Bed

Breathe. It’s okay. You finished the work. Everyone is mostly satisfied. Eat the requisite amount of shit and apologize for the delay on your end and promise to circle back even earlier tomorrow. Accept that change doesn’t always come all at once like a tidal wave. Maybe it’s more like a gentle stream. Plus, the job isn’t that bad. Sure, some people suck, but you could be digging ditches in the middle of the desert or working at a Williams-Sonoma. Take a couple hits off that joint you’ve been saving. Turn your brain off for a little while. Turn on a movie. Maybe one you haven’t seen before. You’ve always heard Twelve Monkeys is good. Or have you already seen that one? Bruce Willis, right? Doesn’t matter. It’s been a while. Drift off to sleep on the couch, even though it’s only a few feet away from your bed.

Tip #10: Repeat for the Foreseeable Future

Despite premature measures taken by federal, state, and local governments to reopen society, there’s no scientific evidence to indicate that this pandemic is anywhere close to being over. There’s no vaccine and there’s no reason to be a casualty in some misguided attempt at herd immunity. So, buckle in, because this is your life now for the foreseeable future. Enjoy the ride.